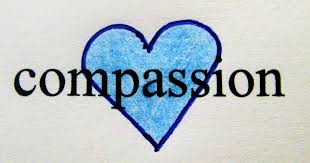 I have been reading this book entitled “From the Ashes” written by Jesse Thistle, a Metis Cree born in Saskatchewan.  “From the Ashes” is a story about the author himself.  He starts from when he was a very young boy, growing up with his two older brothers.  His parents split up when he was three years old.  The boys were with their mother for a short time.

Then, the father picked them up.  From then on, they lived with their father.  It is not clear why the mother did not try to keep her children.  The father was a drug addict and left the boys alone to fend for themselves for long periods of time with no or very little food.  After being rescued by the Police and the Children’s Aid Society, and being fostered for a while, they ended up living with their paternal grandparents in Brampton, Ontario.

Although the grandparents were far from being rich and a bit rough around the edges, they managed to provide a stable home and three meals a day.  But that was not enough to overcome the deep wounds that Jesse had of abandonment.  Early on in school, he started to get in trouble, and it just got worse as he got older.

From alcohol to drugs and stealing, he was clearly falling apart.  All this escalated when he left high school.  Eventually, he ended up living in the streets.  His older brothers do not follow the same path he does and manage to do well for themselves.

As I was reading Jesse’s story, I found myself having harsh feelings towards him.  I was thinking at times: “He’s getting what he deserves.  His brothers are doing ok, and they lived through the same abandonment”.  These feelings of harshness towards Jesse gave me pause to think, reflect, and pray.

I cannot imagine being left to fend for myself as a young child.  As a result of this, deep wounds marked Jesse at an early age.  These types of wounds remain with you for the rest of your life.  Although his two older brothers were also clearly affected by this, they did not end up in the street like Jesse.

Why did Jesse descend into this hell while his brothers rose above it?  Can we attribute it to personality, intelligence?  Maybe he met the wrong people?  Could it be because he is the youngest?

I do not have answers to any of these questions.  After having read the book, I just know there are no easy answers.  Jesse and his brothers were dealt bad hands as kids.  No aces and kings there.  But they each still had a hand to play.  Jesse made choices while his brothers made different choices.

Should I have compassion for the Jesses of this world?  Yes, definitely.  Even if I do not feel it.  Because they each have a story.  A story that needs to be heard.  Do the Jesses of this world have it in them to make different choices?  Yes, definitely.  Even when they have a deeply wounded past; even when their lives are in the throes of despair.  Because each one of them is a child of God.

At some point, when Jesse is about to commit suicide, a shelter worker sees him and calls him out by name.  She has compassion for him.  And Jesse, at that point, chooses life.  It seems like the compassion the shelter worker had for Jesse helped him make the right choice.  Maybe we should all practice a bit more compassion for the Jesses of this world.