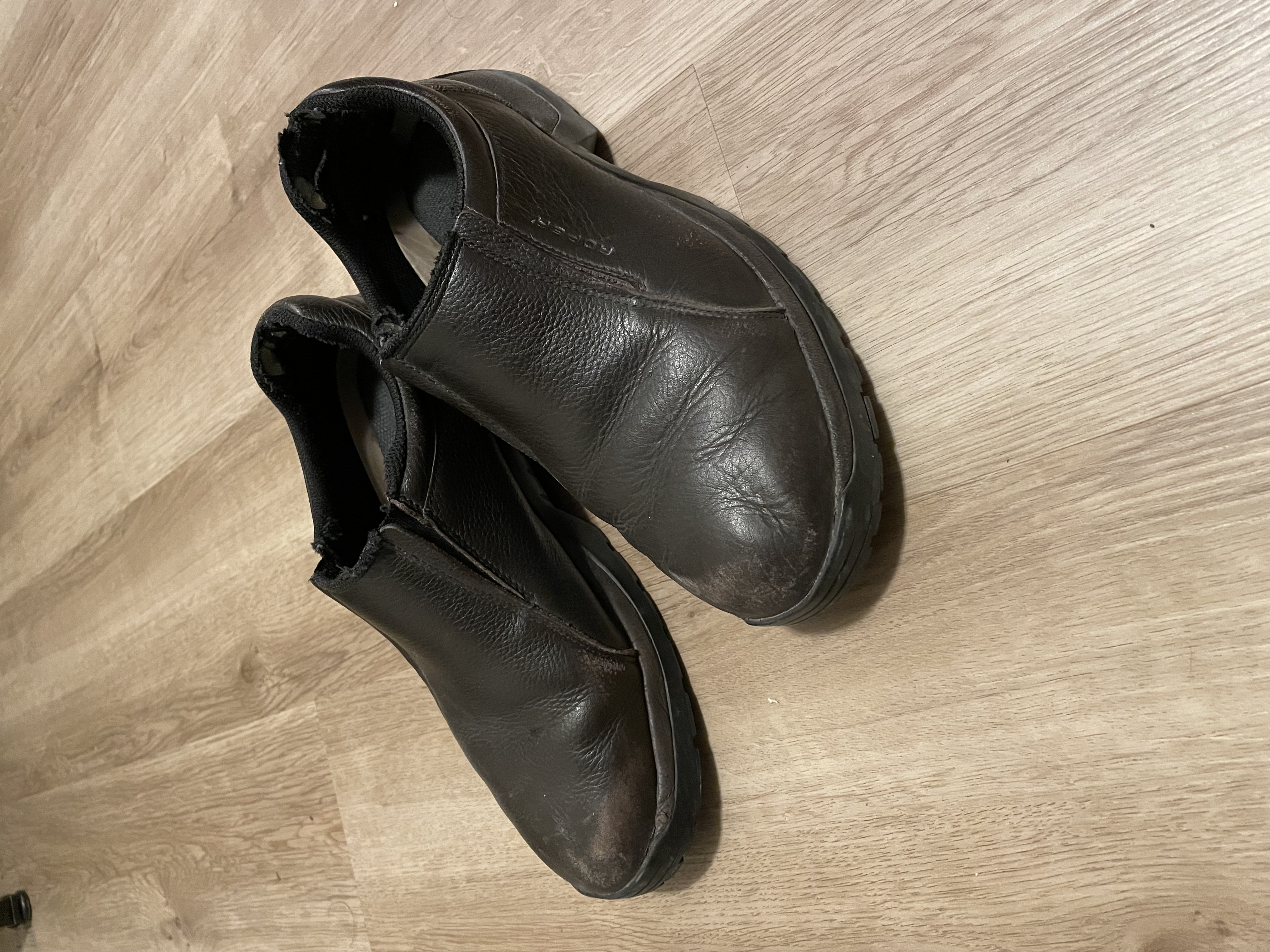 In the first eight lines of his poem, God’s Grandeur, Gerard Manley Hopkins describes how human beings have mucked up our world and how because of wearing shoes they are even unable to be in contact with our God: “the soil/ Is bare now, nor can foot feel, being shod.”

As a child during the early summer months, I went barefoot.  The gravel was painful at first but soon my feet toughened up.  Nevertheless I quickly concluded that I rather liked being ‘shod’.   I remember singing a little ditty about shoes learned from a media presentation on radio broadcast for rural schools: “my new shoes shine like everything and squeak squeak, squeak, when I walk.”

I have always been grateful for shoes, even the red sandals my mother put on my four year old feet.  I bravely sported them to Sunday Mass at St Paul’s Parish Church in Vibank, Saskatchewan in 1947,  staring down my peers’ silent criticism.  Later I discovered that Dorothy in the Wizard of Oz had red shoes, that Han Christian Anderson had written a good story, The Red Shoes, and that Popes always wore red shoes until Pope Francis decided to wear his black shoes because they housed his orthotics!  Little did I know what company I kept wearing those sandals!   Yes,

I’ve always liked shoes.  Boots not so much, especially felt boots.  My mother indulged me once when I was grade 11 in boarding school at Campion College in Regina purchasing for me a beautiful light leather pair.  They were the only shoes I ever literally wore out! In my elder years I have become partial to footwear without laces.

For years now I only put on slip-ons that do not have to be ‘broken in’.  And for many years now, my sister in Alberta has supplied me with just such black shoes for winter, a heavy Roper brand, with solid traction, warm, wearable indoors as well as outdoors.

Even today I treasure my light brown pair of summer Ropers because of where they’ve been: they have been to Ephesus in Turkey where Mary and St John lived two thousand years ago; they entered Mary’s house there; they stepped close to the place where the Angel Gabriel asked that momentous question of Mary; they were in Bethlehem near the place where Jesus was born, at the Jordan River where Jesus was baptised, at the Sea of Galilea on which He walked and where He taught from a boat,  near the place of the multiplication of the loaves and fishes, at the Garden of Olives, and even where Jesus was crucified and rose from the dead.

These brown shoes trod places where God literally walked on our earth.  I look at them; I wonder at their history.  They keep me in touch with the Jesus, son of Mary and Son of God.  Great shoes!  I hope I never wear them out.