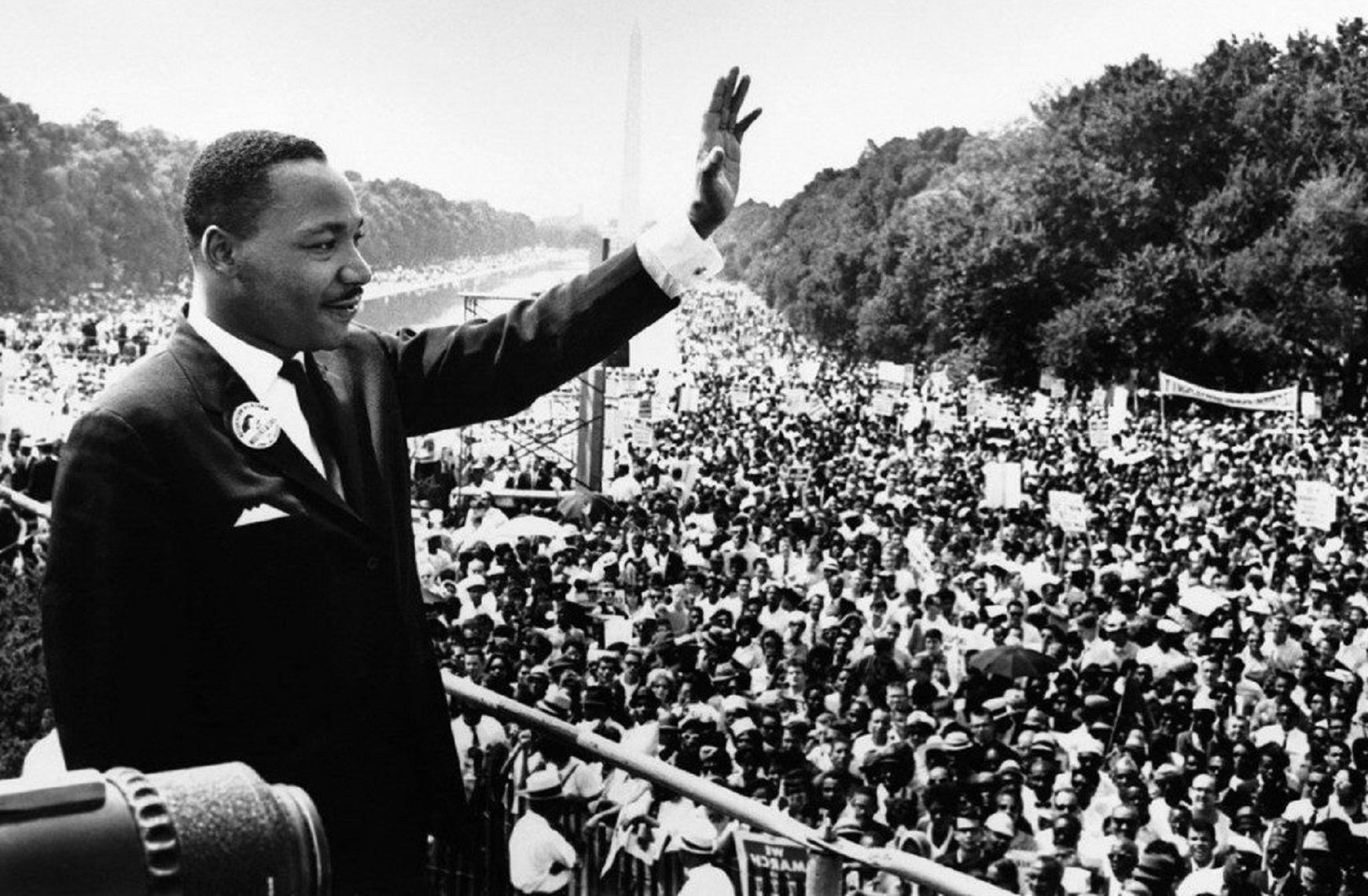 One of giants of the twentieth century was Martin Luther King Jr. He is celebrated in the United States and elsewhere in the world on this day, in commemoration of his actual birthday, on January 15, 1929.

He is the most recognized figure in the American civil rights movement, and was active from 1955 until his assassination in 1968. He was a Baptist minister and activist. Inspired by his Christian beliefs and the nonviolent activism of Mahatma Gandhi, he worked towards nonviolence and civil disobedience.

King’s work continues to have an important place in United States public life. Despite the great work he did, racism and violence toward African Americans continues. The issue constantly makes headlines through killings, violence, peaceful protests and injustice.

His I Have a Dream speech from the 1963 March on Washington is one of the most well known speeches by an American leader. King won the Nobel Peace Prize in October 1964, being honoured for combating racial inequality through nonviolent resistance.

Recent popes have occasionally quoted from or referred to King. On January 18 last year, Pope Francis spoke to the Beloved Community Summit. He said that with “social injustice, division and conflict” threatening the common good, we need to rediscover and recommit to the vision of King to work nonviolently for harmony and equality for all. He said, “Each one of us is called to be an artisan of peace by uniting and not dividing, by extinguishing hatred and not holding on to it, by opening paths of dialogue …”

He went on to stress that “In today’s world, which increasingly faces the challenges of social injustice, division and conflict that hinder the realization of the common good, Dr. King’s vision of harmony and equality for all people, attained through nonviolent and peaceful means, remains ever timely.”

Francis seems to be a huge fan of Martin Luther King. But he is not the first pontiff to speak so positively of the civil rights leader. St. Paul VI received King at the Vatican on September 18, 1964, and encouraged him to continue his peaceful commitment against racial discrimination.

He was also Pope at the time of King’s 1968 assassination. A few days later, he prayed that the assassination would take on the value of sacrifice, rather than be the source of vengeance.

St. John Paul II cited King during his visit to the black Catholic community in New Orleans. “In the most difficult hours of your struggle for civil rights amidst discrimination and oppression”, he emphasized, “God himself guided your steps along the way of peace. Before the witness of history, the response of non-violence stands, in the memory of this nation, as a monument of honour to the black community of the United States.”

Pope Benedict XVI also made reference to King when he visited the USA. Pope Francis addressed a joint session of Congress a few years later. Francis delivered a speech on the spirit of the United States, noting that “A nation can be considered great when it fosters a culture which enables people to dream of full rights for all their brothers and sisters, as Martin Luther King Jr sought to do”.