A Song of Innocence and Inexperience – Bonnie Dundee 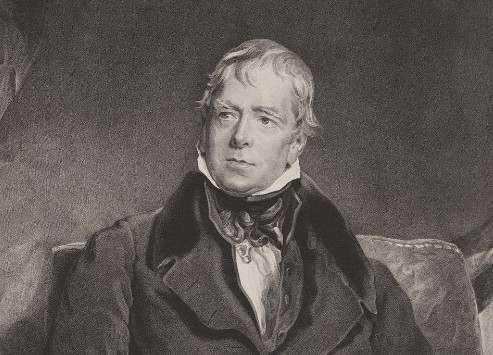 One of my COVID-19 summer challenges was to turn to some “important” books that long ago I had chosen to ignore. The Waverley novels of Sir Walter Scott topped the pile. Bless me father, but I confess I had never read any of them. Long ago, I ignorantly dismissed them as avoidable lesser-Dickens-with-a-different-accent.

I was working through Scott’s introduction to his Jacobite era novel, Waverley, when a single word caused me to start humming. At the word “Claverhouse” I was suddenly back in my primary school in north-west England, 1961, nine years old, one of forty kids, sitting up straight and listening to the radio. That was how we learned music then, not with a music teacher but through a BBC school’s broadcast called Singing Together.

In a studio in distant London, a man sang:

Bonnie Dundee isn’t about the Scottish town, but Viscount John Graham of Claverhouse, who in 1689 led an armed uprising to support the cause of James II. Our cup-filling chorus celebrated taking up arms in a sectarian conflict that resulted in death for Claverhouse.

But, as I continued my way through Scott I found a surprisingly even-handed treatment of centuries of Catholic/Protestant conflict at the core of so much of his fiction. I also met a Jesuit who makes a kind of cameo appearance in Redgauntlet, Father Buonaventure:

“There was something of majesty, depressed indeed and overclouded, but still grand and imposing, in the manner and words of Father Buonaventure, which it was difficult to reconcile with those preconceived opinions which imputed subtlety and fraud to his sect and order.”

A few pages later he is described as having “more natural dignity and less art and affectation in his manner, than accorded with the idea which Calvinists were taught to entertain of that wily and formidable person, a Jesuitical missionary.”

Scott also reveals divisive tensions within denominations. In Old Mortality, Henry Morton, a moderate protestant, responds to a call to arms justified by scripture by a fanatical protestant:

“I look into [the Scriptures] as deeply as any Christian can do. I look into them with humble hope of extracting a rule of conduct and a law of salvation. But I expect to find this by an examination of their general tenor, and of the spirit which they uniformly breathe, and not by wrestling particular passages from their context, or by the application of Scriptural phrases to circumstances and events with which they have often very slender relation.”

In his 1932 biography of Scott, Governor General Lord Tweedsmuir, aka John Buchan, offers a measured assessment of Scott’s approach to sectarianism, saying that although he “understood perfectly the surface logic of the quarrel between the Church and the Reformers … his heart was with neither side.”

Incedentally, Buchan concludes this reflective biography with scripture, suggesting that Scott’s literary mission was to be a provider of hope. He likens Scott to the prophet Hosea who with soothing balm wooed the return of the “lost” people of Israel. Buchan’s final lines are two verses from Hosea: “I will now persuade her and bring her into the wilderness and speak tenderly to her. From there I will give her her vineyards, and make the Valley of Achor a door of hope.” (Hosea 2:14-15)

As for that long-ago radio program, Singing Together, I remember other songs chosen for our formative and impressionable minds. We sang about the Raggle-Taggle Gypsies. We assumed accents as we went to the Camptown Races. We celebrated fox hunting with D’ye ken John Peel, and we rallied men to join the navy to defend the expanding Empire with Hearts of Oak.

And my journey through Scott? He certainly opened a door of hope for me on the subject of troubling memories. In Old Mortality he makes this appeal:

We may safely hope, that the souls of the brave and sincere on either side have long looked down with surprise and pity upon the ill-appreciated motives which caused their mutual hatred and hostility, while in this valley of darkness, blood, and tears. Peace to their memory! … ‘O rake not up the ashes of our fathers!…

Incidentally, 2021-2022 celebrates the 250th anniversary of the birth of Walter Scott (1771-1832), the prolific author who invented the historical novel and who has given countless readers around the world vivid memories of Scotland, even if they’ve never been there.