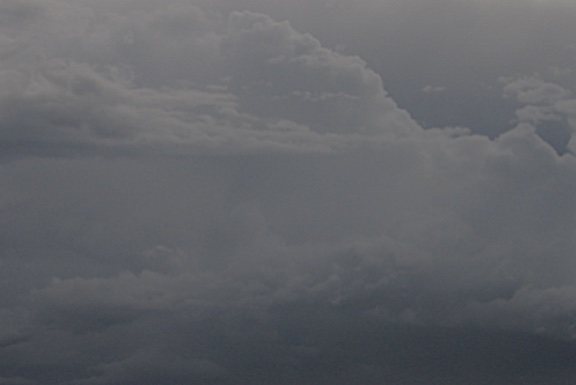 “If a man empties his purse into his head,

no one can take it from him.”

“Dance me to your beauty with a burning violin

Dance me through the panic till I’m gathered safely in…”

It was the last handbag she ever bought. It was perfect. The bag’s smooth leather was a particular grey. Every possible color was hidden in its muted hue.  It was also perfect because it was shaped exactly the way she wanted it to be. She had not realized how exactly she had wanted it to be until her eye caught the soft, dove tone or, rather, collection of tones. That was it; the ash color was what a blender full of every imaginable tint might look like at high speed. As she had gulped one of her glorious, easy-to-mix, simple-to-swallow smoothies before stepping out, she was perhaps better prepared to appreciate the superb specimen, dangling in a shop window amongst more naturally stained bags. The perfection was swaying slightly. Behind it were several other totes that had been dyed frothy, fabulous shades of the impossible.

“There’s no such thing as a slate-grey cow, goat, or sheep,” her companion remarked when the gulping woman stopped to gaze at the great grey creation.

“It is a sign of what is possible,” was her reply as she let the bag’s perfection flow over her. She was certain the acquisition of the thunder-colored delight was bound to solve all the pressing calamities she abandoned home to overcome each day. “I have the answer!” she knew she would soon be able to say.

There had been many less magnificent bags before she found the perfect one. In Trinidad, on a holiday that was otherwise a hot disaster, she’d acquired an apparently exquisite, egg-shaped, golden blob of a bag. It had seemed ideal. It remained a terribly unreasonable facsimile of perfection for a good long month.

Then, one day when she was wearing it on a brassy chain draped around her body, she was taken by the sight of an even more excellent scarlet satin pocketbook. Unlike the ignorant masses who were succumbing to bigger and bigger handbags, the woman, who fancied herself a soul graced with a capacity for excellent discernment, was finding increasing satisfaction through successively diminutive containers. Reduction, a winnowing toward perfection, was her bent for several seasons until, with a change purse the size of a large thimble in her coat pocket, she came upon the one, the only, perfect bag.

The perfect grey leather bag was a creation with a flap, two zippered pockets, and three inside places for special items. It was beyond every other bag; unlike the bags occluding celebrities in style magazines or dangling from the bent arms of teenage girls in shopping malls, it was not oversized. Yet it wasn’t as small as the folding vinyl billfolds with clasps that the middle-aged ladies held with their carryout coffee cups. It was just large enough to accentuate her ample figure and to contain a folder filled with sheet music that she had previously had to grasp, clutch, or leave behind.

So the grey bag held her hope; the sounds she read and then relayed to open other eyes. It was her music, yet it was also the world’s music, really. The music composed of notes that some other soul evading the pitfalls of coveting had written down and left for her to find when the need for some new accessory, some novel thing to hold instead of releasing music was rising. Much truth is quashed by gobbling. Oratorios silenced by composers done in via distraction.

Of course there were the aforementioned pockets and places in the perfect grey bag too. They might seem extraneous to a less evolved musician. Their beauty lay in the fact that she was at liberty to leave those nooks and crannies empty for the time being. They were the sections of time that awaited being completed by something that fit their dimensions exactly. Her real desire fit so well into the main compartment of the bag, she could accept that she might never know the exact nature of what the other spaces were for. Perhaps their spaces were like rests in a score. Yes! And so, she thought, it was as if the colors absorbed into the grey skin of the bag were a mix of the sounds she was capable of making. And then it really was so…

Standing some years later with the bag now worn to a handsome cloud-grey hue, she heard all the music. It was the morning her house burnt down. All night she’d stood watching the blaze.

It had developed into an inferno, a pyre of every other handbag she owned and all the things she believed she had held in them. Before spreading the last of a frothy Margarita “special-to-your-health” tequila smoothie all over the handbags and lighting a match, she said good bye, good riddance, and grabbed the greater, ideal bag. She ran her hands over the leather as if it was some imaginary lover’s inner thigh. Looking down at it in the early dawn light with the flames of her burning house creating a pattern on it, she let out a gentle, melodious sigh.

It was her key to freedom filled, as it was, with only the music. As the house burned, every song she’d ever sung played at the same time; the wondrous cacophony coming from the bag became a sublime symphony as it streamed into the air; a hymn to the freedom the perfect bag had helped her arrive at. There, in front of her burning belongings as the dove-grey carryall seemed to be singing her songs, she thought about what lay beyond the bag’s incredible orchestration of so many disparate notes.

With this understanding of a heaven beyond the torment of ever seeking a perfect bag, she walked away from the burning house. Becoming a silhouette against the flames of her former fiefdom, she dropped the bag. The only thing she carried as her shadow became narrower, was a tune.