“How Can I Keep From Singing.” 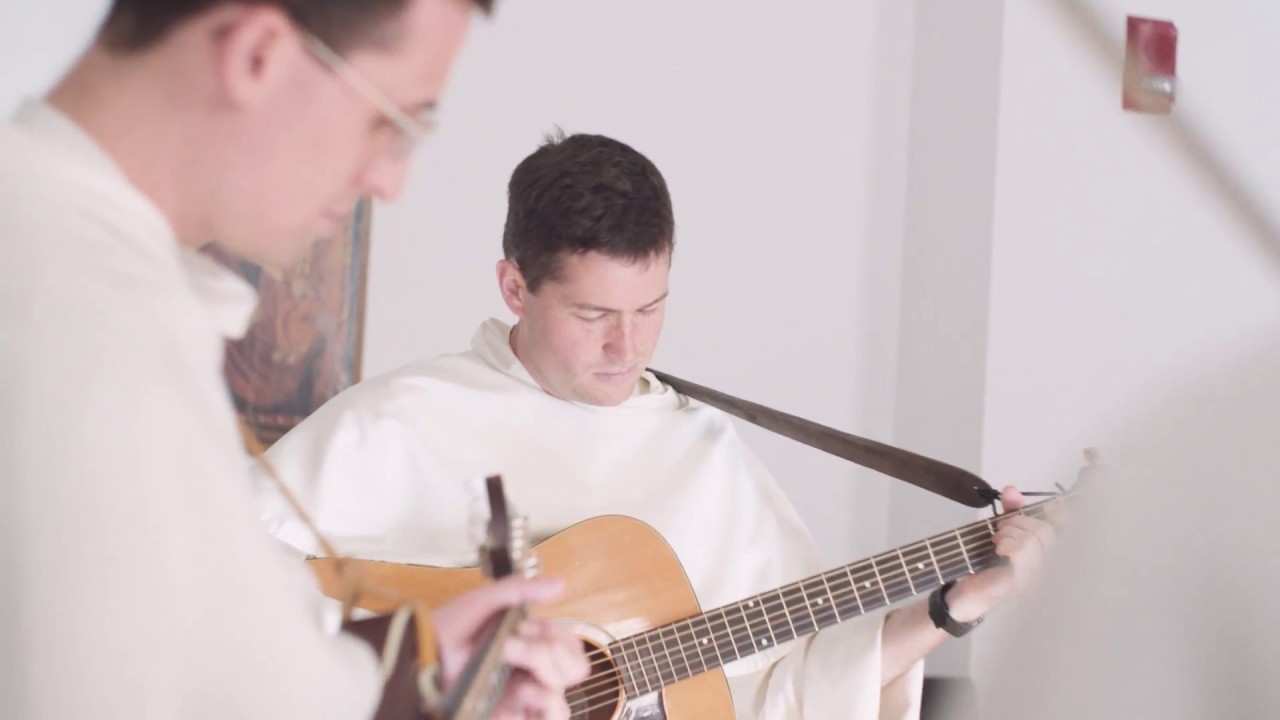 I can’t remember a time that I wasn’t singing.  Never having the opportunity in my youth to learn to play an instrument other than the harmonica (but finally later learning the guitar and bass guitar, a Beatle Bass!), I sang.

I remember the thrill of discovering and creating harmony to “The old grey mare, she ain’t what she used to be” when I was about nine years old.

Choirs were always part of my life from primary school Christmas concerts to a small ensemble at Campion College High School (we even sang on TV way back in 1960–  CKCK Television, the only TV station in Regina, SK.) to large choral groups throughout my years of formation in the Society of Jesus.

Most fun was creating music with a select few.  Growing up in the folk era, we young Jesuits in 1966 formed a folk group “Six of the Woof ‘n Warp”.  (Later Tom Bonic and I continued on as a duo for six year singing in churches, community gatherings, and coffee houses.)

Perhaps that’s why I was delighted to discover last fall a group of  Dominicans in southern United States creating their own music in a defined ‘folk’ style.  I was introduced to that particular style of music in the 2000 film “O Brother, Where Art Thou” with its interesting nasal quality in the ‘religious’ songs and in the rabunctious blues and blue grass sounds of the Soggy Bottom Boys.

Calling themselves Hillbilly Thomists, these Dominicans present traditional hymns as well as some of their own songs in their first album, The Hillbilly Thomists , released in 2017.  Just this year they recorded an album called Living for the Other Side comprised of almost all of their own creations.  The songs are all based on scripture and living a spiritual life.  As one critic noted, each song is a prayer meditation.

What the Hillbilly Thomists accomplish is sophisticated.  The vocals are demanding and, to my inexpert ear, the arrangements and instrumentation are complex.  The results of their work have the spirit and sense of spontaneity of music produced ‘all of a sudden” in the kitchen and living room– an element always attractive to me in folk music.

For me their music, even though the theme of the song may be sombre or serious, has somewhat that aura of joy I felt as a boy when I first discovered how to create harmony.  Here for a taste of their fare are a couple Youtube addresses of pieces from their album Living on the Other Side: