The Unsolicited Image – Becoming Part of the Landscape 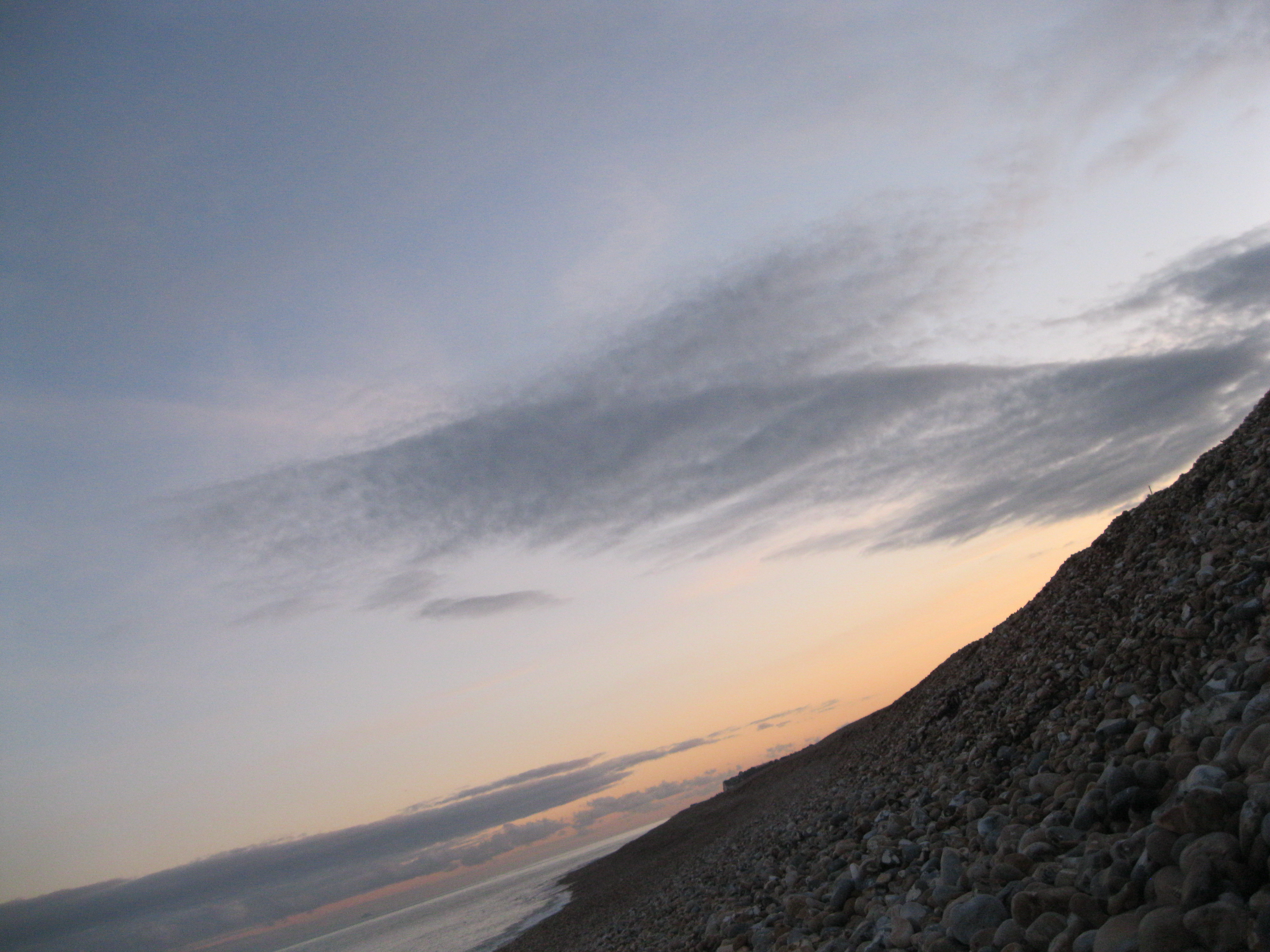 The black photographer stood in dismay on the white beach. Dull pebbles made golden by the sun’s disappearing rays formed a glistening canopy below his tired feet. The poor man had been trudging up and down the beach hoping to find the perfect picture. He was certain that having abandoned all his heart’s desires he would stumble into a way that would provide him the fulfilled life the world told him he must find by switching careers.

Before spending large sums of money and borrowing more to pay a school to teach him how to use a camera, the man had been a postal employee. Every day he marched happily along the various routes the Royal Mail prescribed for him greeting familiar folks and strangers alike with a kind gaze and a friendly wave.

It was by way of the very stuff he had to deliver that he was undone. At first, he was fastidious in avoiding any improper glances at the text on the envelopes or packages he was entrusted with. Then, after some years, he found himself weakened. It was a very warm summer afternoon. He’d been looking forward to seeing the girl he was falling in love with once his rounds were complete. There was a gentle breeze. Not one dog had accosted him- nay there wasn’t even a growl as he stepped in and out of all the places where creatures were enclosed awaiting their master’s return. Yet somehow in the space of all that environmental comfort, Randy, the mailman’s virtue was unravelled. All the lessons he’d learned as a boy via his kind atheist family and the one aunt who was a nun came apart like a poorly knit jumper woven in some cheap polyester yarn.

It was the posh looking navy blue envelope that was his first step off the cliff he eventually fell from.

“Make pictures your Life!” The words were emblazoned in a royal gold hue across the back of the envelope. There was nobody else in the street. Randy knew he was shielded from the busybody eyes of Mrs Shell who peered from her bedsit all morning before stomping out into the local café to spread her version of events and cause trouble that she could dine on the next day.

So, deftly he turned the paper over to see where it came from. “See the world, earn more than you need, create lasting memories for many.” It was a solicitation from a trade school yet it looked to be a page from Prophet. So emboldened by his indiscretion was Randy that he actually pocketed the mail and left off the rest of his route to hurry home and read the promise enclosed.

The person he had so looked forward to seeing only a few moments before was now an ugly obstacle. Gina remembered the moment so well for years afterwards; “He was just different on that Tuesday in July. It was never the same after that.” She opined to friends when she caught sight of him roaming the beach with his camera. It was a small seaside town and though Randy had wandered far and yon collecting the images he was certain would make him happy and rich, he always had to return to his hometown. In spite of the career’s allure there was something about being on soil he knew that still gave him a comfort more powerful than the rush of clicking, developing and selling in foreign lands.

So it was that after he read the marketing material in the envelope he went out and withdrew his life’s savings to pay for the course. The school was not insistent on having the entire sum. “You can make several easy, small payments if you wish” The literature had reassured him so much that he felt confident investing all he had immediately.

He bought the equipment indicated and he signed up for courses with newly minted practitioners who had all followed the way they were imparting. He paused slightly when he thought about how none of them really seemed content. If they were gleeful as they chased the perfect picture, egging others on to do the same they never seemed satisfied. He decided it was his own uncertainty he was mapping onto them. He remembered that from a psychology course he’d taken in secondary school “Don’t put your own hopes and dreams and problems onto someone else!” The teacher had summarized in a way she had hoped would convey the necessary information to a room full of fevered, distracted youth. She was a nurse who couldn’t stand the sight of blood and never had the gumption to ask someone to help her overcome it so she switched gears and retrained to be a teacher. None of the skills she had nurtured as an otherwise excellent healthcare worker were really transferrable to the schoolyard or classroom where there was a real need for wise limit setting and a program to follow for young souls to achieve specific results. The accompaniment of nursing someone into health was a very different thing. So on the day that she was tasked with conveying some key elements of the practice of good personal mental hygiene she was lost without her nurse’s way and fumbled as she did what she was told would work.

The photographers who urged him on, suggesting new gadgets for the camera at successive levels of achievement, were giddy without the kind of peace that children’s delirium sometimes contains.

In fact they were all like a lot of demented old souls eased into their end by television and too much milk and sugar in their tea. He’d sensed enough of this to break free and head off on his own quest for the best shot, the money shot as they called it in the film business. It was a business he secretly wished he was a part of.

And that was how he ended up standing on the beach in tears while wonder swirled all around him always out of reach, impossible to capture. For days he’d been seeing majesty then missing it as he trained his lenses on it to create a document.

And as he watched the sun making more awe inspiring patterns by collaborating with the wind and the vapours that were the clouds, he felt a great despair. The wonder he had glimpsed so fleetingly before narrowing his gaze by peering through the camera was never there in the pictures he stared at afterwards. So he stood paralysed by the urge to try one more time to take a photo while the near lost self still nestled inside him trembled with the desire for a simple, undocumented existence. “Can you just live your life and not strive to keep making something of it?” A faraway voice whispered.

At that moment the girl he once loved, and still felt for, sauntered past with one of his colleagues. Harold, a confrère who had always made terrible mistakes with the mail, was pushing a pram along and beaming at the infant lying in it. The pair didn’t avert their eyes when they saw Randy slumped over his contraptions- the stuff he had bought to make the dreams in the envelope come true. Angela and Harold simply waved. Then they nodded at the sun and continued along.

Randy, the black man turned to the great glowing orb and marvelled at the silver shimmer it was creating on the sea. He had been so sad he hadn’t even been able to hear the waves crashing on the pebbled shore. In the sky a cloud formation appeared to be in the shape of a massive dusky wing. There was an angel passing.

A great roar signalled the arrival of a violent, towering wave that swept up onto the beach and swallowed the black photographer. Only his camera remained on the beach. A recovery team found it after abandoning their search for a body.

There was one picture left in the camera when they examined it. Nobody could describe it to anyone else adequately. So the story of the Randy’s career change was never accompanied by any visual support. It just endured; a tale fellow postmen told each other when someone was seen succumbing to the temptation that arrives unsolicited in the mail enveloped in an unusual color.