St. Kevin and the Blackbird 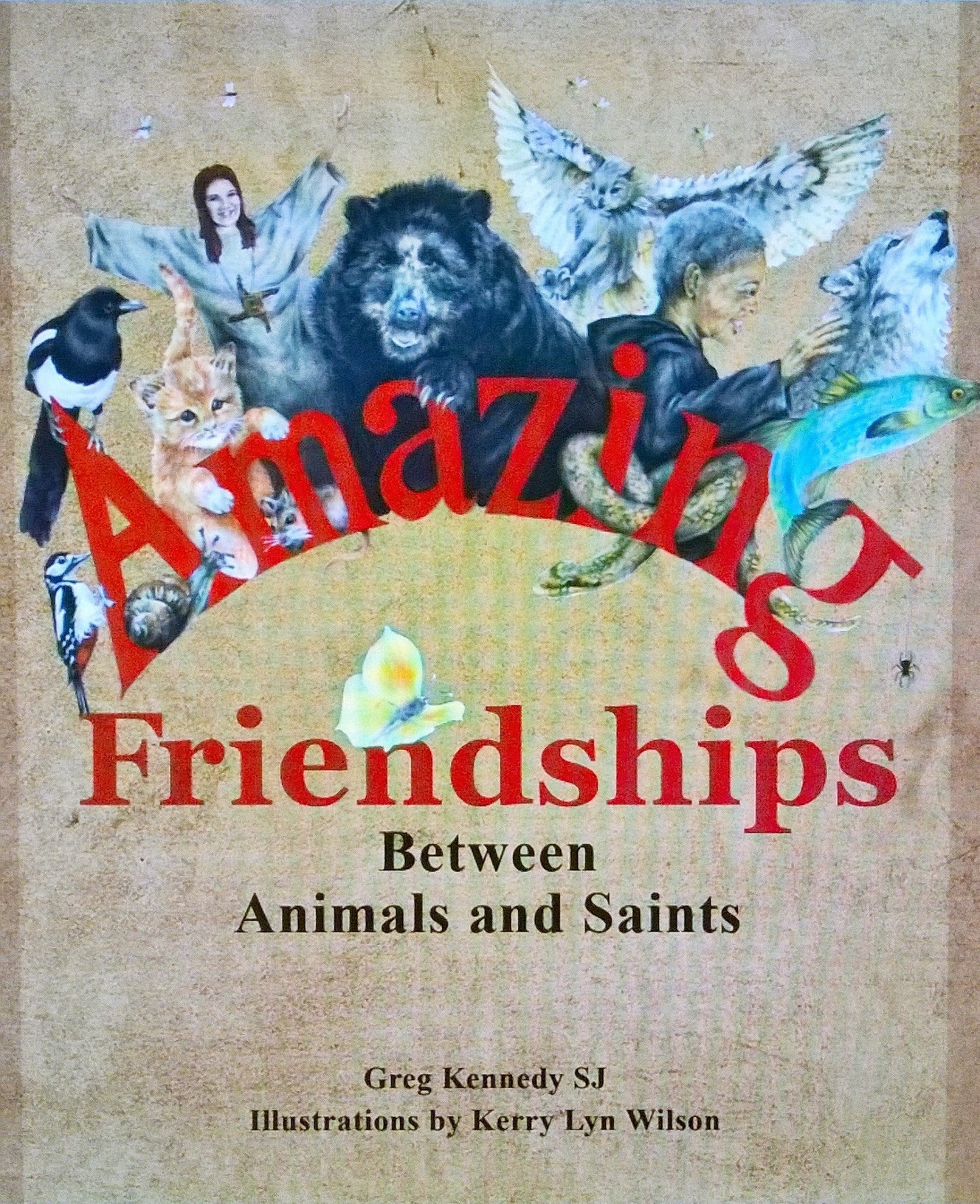 (The following is an excerpt from Greg Kennedy’s new book Amazing Friendships between Animals and Saints, available through Novalis Publishing (www.novalis.ca). You can hear it read aloud and see Kerry Wilson’s lush illustrations by following this link:  https://youtu.be/B-Zya6_SFA4.)

Kevin liked his time alone. Not that he didn’t have friends. But his valley was so full of God that no one else but the two of them seemed to fit between the mountain and the lake. Yes, it was a place of tight fits. So tight that Kevin’s tiny home barely held his body. Because he liked to stretch his arms out like Jesus on the cross, whenever Kevin prayed, his hand poked out the window.

One day, deep in prayer, Kevin felt a warm tickle in his hand. With his eyes closed, he first thought that a playful sunbeam must have wiggled through the thick Irish clouds. But when he opened his eyes and brought his stiff arm inside, he found three fragile eggs in his palm. A blackbird had mistaken his quiet hand for a nest! He looked with surprise outside, and there she was, mother bird, circling in the sky, waiting for her “handy” nest to reappear so she could warm her future family.

Kevin felt almost like a proud father. He knew how little space there was in this valley crowded with water and rock. So he asked God for the strength to keep his arm straight and strong outside his home until these children should hatch.

So, making himself like Jesus again, he stretched his arm out and welcomed the mother. For two weeks they shared the eggs; her feathery breast on top, his skinny hand below. Then, to their one delight, his little friends pecked their way into the world.

They were marvellous. For another week, Kevin held up his five-finger bird house while the young ones ate and grew. How his own heart soared to heaven when they, trembling with fear and excitement, finally spread their brand new wings and flew!

(Used with permission from Novalis Publishing)