Stones and The Law 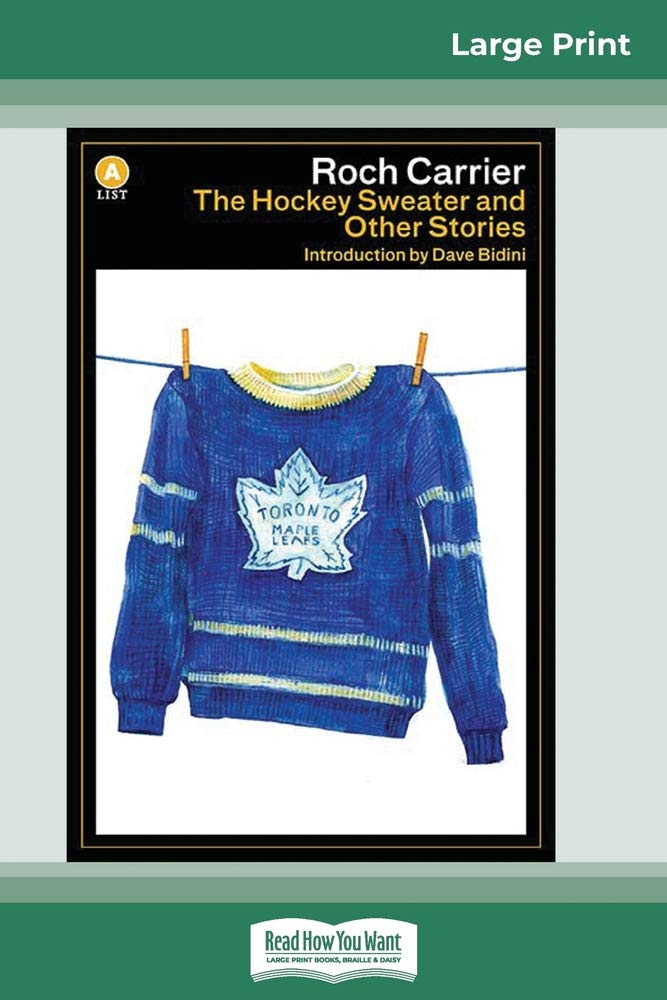 In the middle of the last century, in an isolated Québec village, two little white boys bravely threw stones at a black man. Or maybe not.

This happens in the short story “The Sorcerer” by Roch Carrier, author of the much-loved Canadian classic, “The Hockey Sweater.” Both works are set in the same village, and one of the stone throwers—perhaps the story’s narrator—could well be that same boy who received a vile Toronto Maple Leafs sweater instead of the one he desperately wanted, the Montréal Canadiens No. 9 of Rocket Richard.

In “The Sorcerer”, the two boys watch the once-a-day bus come to a stop in their village. As they crouch in the ditch by the road, they first see strange shoes, strange clothes, a top hat—but what’s that? A black face??!! Here? In real life, not just in photos in the nuns’ missionary magazines at school?

They watch the man as he enters a restaurant where he proceeds to tell fortunes, but only after much turmoil among the confused villagers, most of whom have never seen a black person before. (This part of the story is hilarious in Carrier’s masterful hands.) But that can’t be good. The boys know their catechism. They can work it out: only God or a sorcerer knows the future. This being cannot be God because God has a white face, so he is the opposite of God.

The next day, the man is waiting for the bus to take him to another village where he will continue his trade. But the brave boys are ready; they throw stones at him, which is the right thing to do to the enemy of God.

Years later, the narrator, now a young man, is trying to sell his stories in Montréal. He spots the black man again—old, tired, bedraggled. He approaches and extends his palm: “Will you read my hand?” The response from the old man is “I can read that there’s something you’re sorry about.”

(If you read the story yourself,[1] be warned: Sheila Fischman’s excellent translation is faithful to the original which employs the n-word that was normal parlance at the time but which shocks us now.)

I think this is an important story for the Québec of today. In the name of laicity or secularity, the provincial government’s Bill 21 makes people ineligible for certain jobs if they choose to wear obvious religious symbols.

A great deal has been said and written about this law, and I don’t intend to repeat or summarize it. I want to make one point only, and it’s based on the short story by Roch Carrier.

With the Quiet Revolution in the aftermath of World War II, Québec society confronted the often harsh, often suffocating dominance of the Catholic Church at every level, from bedrooms to the legislature. Indeed, there was much to criticize.

Contemporary Québec society has already declared its feelings about laicity. Religious self-identification and observance are ghosts of what they used to be. The religious symbols in the landscape—whether it’s church steeples and localities named for saints or turbans and kippahs—do not overtly shape contemporary behaviour. They do not trigger a significant return to traditional religious practice.

In my opinion, Bill 21 does not ban a danger; it is unnecessary for the promotion of laicity. Rather, it confers legal status on a preference. Like those two little boys, it simply throws stones at people who display that they are different. Different for being in the minority who choose to self-identify as religious. Different for making that choice obvious by what they wear.

Why throw stones at them? To protect the majority that does not need protection? To nudge a minority into assimilating or into going away?

And might this law become an embarrassment in the future, when ideas and attitudes have changed? In the future, will someone look at Québec society’s hand and say “I can read that there’s something you’re sorry about”?

Robert Czerny, Ottawa. He lived in Québec from 1948 to 1969 and had most of his formal education there.