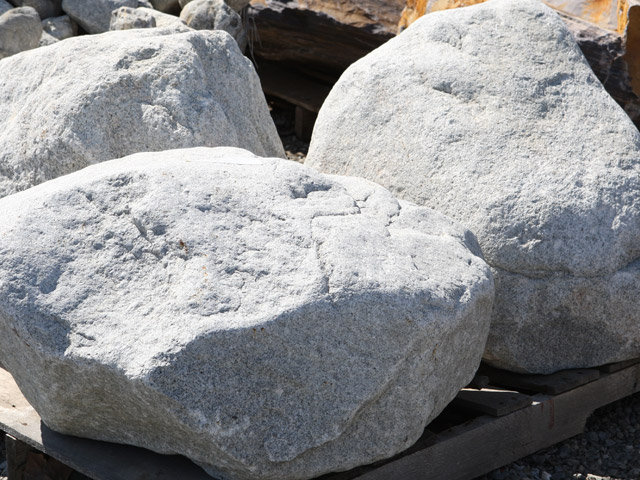 This fictional story was inspired by the three large white quartz boulders in front of our house in Little Harbour, Nova Scotia. My father asked his friend, Ray Rogers, to drag them out of the forest for him.

Wherever I travel, I’m interested in the local history. One day I was in a small town on the cold Atlantic coast of Nova Scotia. A couple of men were standing near a fishing boat tied up to the wharf. I asked them about the town’s beginnings. “There, at the edge of the woods – that’s the first house in the area. Long while back, couple come to live a pretty basic life, just them two between the forest and the ocean. Then others follow, build this here wharf, and you got the starting of a town.” “And how long ago would that have been?” “Oh, half a hundred year, more.”

I walked over and looked around. Nothing remarkable really, except three sizeable white boulders just to the side of the steps.

Back at the wharf, I asked the men “What’s the story of those rocks? They’re quartz. I haven’t seen any large quartz outcrops close by here.”

“Ask the old fella settin’ over there by the store. On the barrel.”

I went over and made my request.

A long time ago, he said, a man and a woman came here. It was nothing but rough shore and heavy woods. Too hard for other people, but they were young and tough and they wanted each other more than the company of others. The man already knew what he needed to know of fishing and clearing and hunting, and the rest he figured out. The woman knew her trades as well, inside and outside the small solid house they built, and she knew her man inside and out too. Of course she was a mystery to him, but isn’t that how it is, usually.

In fact, they were better off by themselves. She’d seen hard times where she lived before because she had a bit of that special sense, and that scared folks. Like she had it from the lips of the clouds and the waves what tomorrow’s weather would be. Her kin, she’d say, were the sky and the earth and the water and everything in them.

She made up a rhyme for her man to repeat. To keep them safe and keep him to rights in their little world. Go on, let me hear you say it, she’d say before he set out on his day’s work.

Allowing me to gather

With fishhook rifle axe and snare

All the precious things I need

For all in my care

He’d smile as if to suggest that he’s doing this for her, not because he believes in it. But in fact, he often repeated it through the course of his day.

Their second year, all had gone well. The clearing had yielded up vegetables, the cow was a good milker, the chickens were laying. Fish was dried and salted and meat was smoked to take them through the winter, along with all her preserves.

Come late fall, the man is worried. The woman has begun to show. He wants to fell a deer to ensure sufficient food through the winter of her pregnancy. Don’t go, she says. She is anxious – the weather won’t hold, she says – we can manage without. All right, he says, I’ll only go for a few hours.

He would have kept his word if his first shot had been perfect. But the deer is just wounded and it escapes. He cannot allow the deer to die a slow death. The deer is still strong enough to take him beyond his familiar woods. Then the blizzard swirls in, leaving him blinded in the light and then blinded in the dark. He falls and hurts his leg badly. He crawls in the direction where the wind seems less. He finds a small shelter. He does not want to think about his pain or his woman’s anxiety, so he repeats her prayer over and over to stave off troubled thoughts and hunger and sleep. But soon he does fall asleep.

He is sheltering in a hollow at the base of a massive oak. This oak is the Ruler of the forest in that region. It learned how to rule from the oaks that ruled before and it earned its position for having defied the lightning that blasted the hollow. The forest needed a ruler that was living on the other side of Death.

The oak summons the air and the ground-water and the creatures. What manner of being is this who shelters in me? The osprey and the eagle both answer: this is the man we have seen by the ocean, beyond the two hills. What does he do there, asks the oak. The stream brings back an answer from the ocean: he fishes, but not wastefully. Spruce and maples confer and answer: he cuts some of us down, but not excessively. The rabbits say that he is a careful trapper. The deer agree, he is a careful hunter, and will not allow an animal to suffer – in fact, this is how he came to be in these parts, following one of ours whom he wounded, and who has died close by.

Is he haughty? asks the oak. No, say the osprey and the eagle, we have witnessed what the others have told you, and we have heard his words many times:

Allowing me to gather

With fishhook rifle axe and snare

All the precious things I need

For all in my care

Then he is one of us, says the oak, for we too take from each other but only what we need, and he shows respect and gratitude. So let us help him.

The oak assigns a bear to give the man warmth. He commands the eagle and the osprey to sight a route back to his home. He calls on the groundwater and earth to push up white rocks in a line along the route, and rabbits to pat down the snow to make the path evident. The deer pull their fallen comrade close to the oak.

Aroused by sunrise, the bear gathers some dry sticks and then departs.  The man awakens to the song of chickadees. He fashions a splint for his leg and a crude sled for the deer carcass. He makes a fire and cooks some of the deer. Then he notices three dazzling white boulders and many smaller rocks lined up. They point past two hills to where he thinks the ocean should be. This is strange, so it must have a purpose. Strengthened, he slowly makes his painful way along the route laid out for him. The chickadees keep up his spirits.

The woman anticipates his return. She wills and chants him home.

When he is healed, she insists that he bring the three large white rocks to their dwelling, as thanks for his safe return and for the safe haven for a woman and an infant son and a man.

The old man had spoken slowly, with many silences. Now he kept still so long – his gaze on me, hinting nothing, then down to his hands, then back – that I figured out that his tale was at an end.

I was uncomfortable, as if I had intruded on some sort of holy ground. I had to respond somehow. What could I say, other than a banal ‘thank-you for the story’? I chose what first came to mind. “So, the man and the woman, what were their names?”

His face darkened. “Damn fool! What were the names of the oak tree and the groundwater and all the creatures who helped? You people! You think that knowing the name of a woman or a man tells you some important truth, and meanwhile you ignore everything that gives you life except when you’re turning it into garbage!”

I was frightened. Mercifully he stopped.

“OK. I understand. Thank you.”

His eyes, his face softened a little, and I felt forgiven.

Slowly, first pushing down on the barrel rim, then grabbing a railing and picking up a heavy walking-stick, the man got up; and muttering something I could not hear but whose cadence I felt, he limped away in the direction of the oldest house at the edge of the town.