The Prodigal – 4th Sunday of Lent 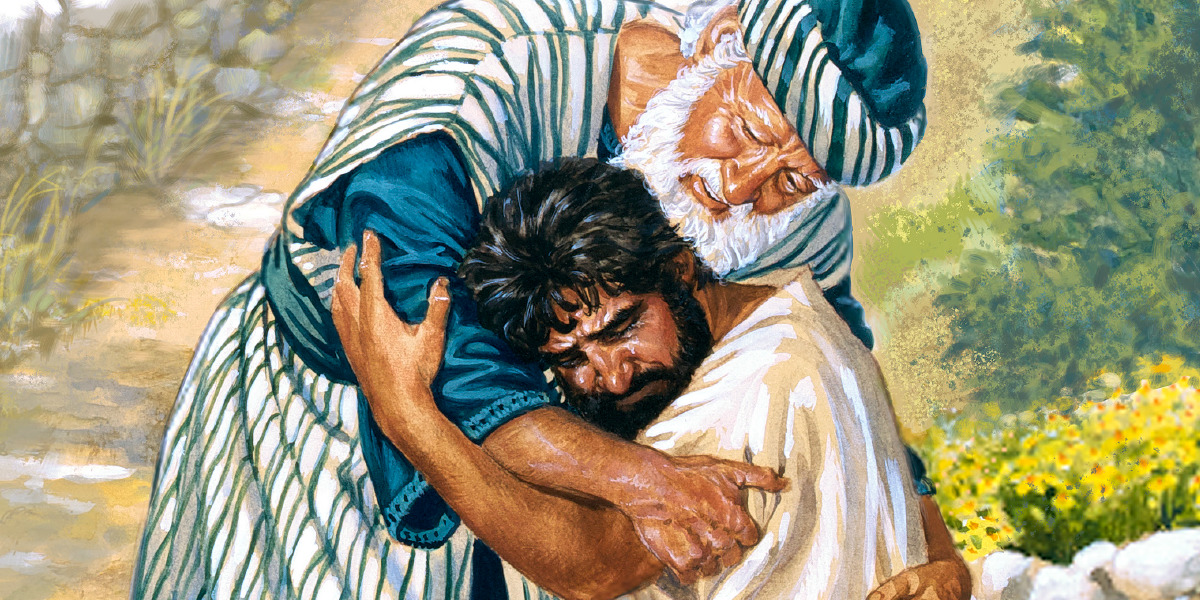 The parable of the Prodigal Son is the Gospel for the Fourth Sunday in Lent. It is one of the most powerful scriptural images of God’s mercy. Pope Francis spoke of this image a few years ago and said that the father saw the son from afar because he was waiting for him. The father, he said, “Went onto the terrace every day to see if his son would return. He waited. And when he saw him, he went out in haste and threw himself on his neck. The son had prepared some words to say but the father did not let him speak; his embrace covered his mouth.” That waiting is a grace!

Depending upon our life situation, we find ourselves identifying with the younger son straying from the path and eventually finding his way back to life, the older son who needs liberation from his resentment, or the father who is filled with mercy. We celebrate a God who is boundlessly filled with mercy and compassion, always ready to forgive. That God is like the father in the parable. His need to celebrate is rooted in his compassion and his delight that we have returned to God’s embrace. “This son of mine was dead and is alive again; he was lost and is found.”

A beautiful 1994 book by Henri Nouwen offers insightful reflections on the story of the prodigal son. The Return of the Prodigal Son: A Story of Homecoming describes a spiritual journey taken by Nouwen that began when he viewed a reproduction and then spent a long time contemplating the original of Rembrandt’s The Return of the Prodigal Son. Nouwen explores the Gospel story by examining the themes and personalities of the parable. Using the painting as inspiration, he digs deeply into both the parable and his own life to learn more about having a stronger relationship with God. Along the way, he shows how each of us can identify with all three major players.

In all likelihood, we know someone who has lived the life of debauchery of the prodigal. Perhaps it’s we ourselves! When we are at our lowest point, something or someone intervenes (we hope!) and we make a conscious decision to turn our life around. It might happen because of the words or actions of a friend or stranger. God’s grace is offered in countless ways and there are times when the person offering a helping hand may not know of the helpfulness of their intervention. There are some who get back on track, but become holier-than-thou around people still struggling. “If I can do it, so can you!” Far more helpful are those individuals who emerge humbled by their journey. The younger son is basically saying he is a humble sinner. He decides that he will say to his father, “Father, I have sinned against heaven and before you; I am no longer worthy to be called your son.”

The older son likely experienced some jealousy towards his younger brother. “Here I’ve stayed home and helped my father raise the crops while you ran off with your half of the inheritance and wasted it on women and booze. It was bad enough that you took off. Worse, you had the gall to come back. Our father must be a blind fool – to welcome you home with such extravagance.” What will it take to help him let go of his anger and resentment?

Ronald Rolheiser, a contemporary spiritual writer, says in The Holy Longing that the older brother’s “bitterness and unwillingness to take part in the celebration of his brother’s return points to what he is still clinging to – life’s unfairness, his own hurt, and his own unfulfilled fantasies. He is living in his father’s house but he is no longer receiving the spirit of that house. Consequently, he is bitter, feels cheated, and lives joylessly.”

Jesus left the parable open-ended. We don’t hear how the story ended. Whatever happened to the older brother? And the father! Think of a loving parent whose child has lived a life of wanton debauchery. If they are really merciful and compassionate, they’d probably react in a way similar to the father in the story. His work as a parent is about to take on a new challenge.

He knows that it is right to warmly welcome back the younger child. Compassion and mercy come naturally to him. This return is what he prayed so fervently for. But he also understands the resentment of the older child. No doubt, he spends sleepless nights worrying about how to heal the damaged relationship between his two children. He knows that he can take it to God. But what can he actually do about it? Here we see his worry turn into a warm embrace.