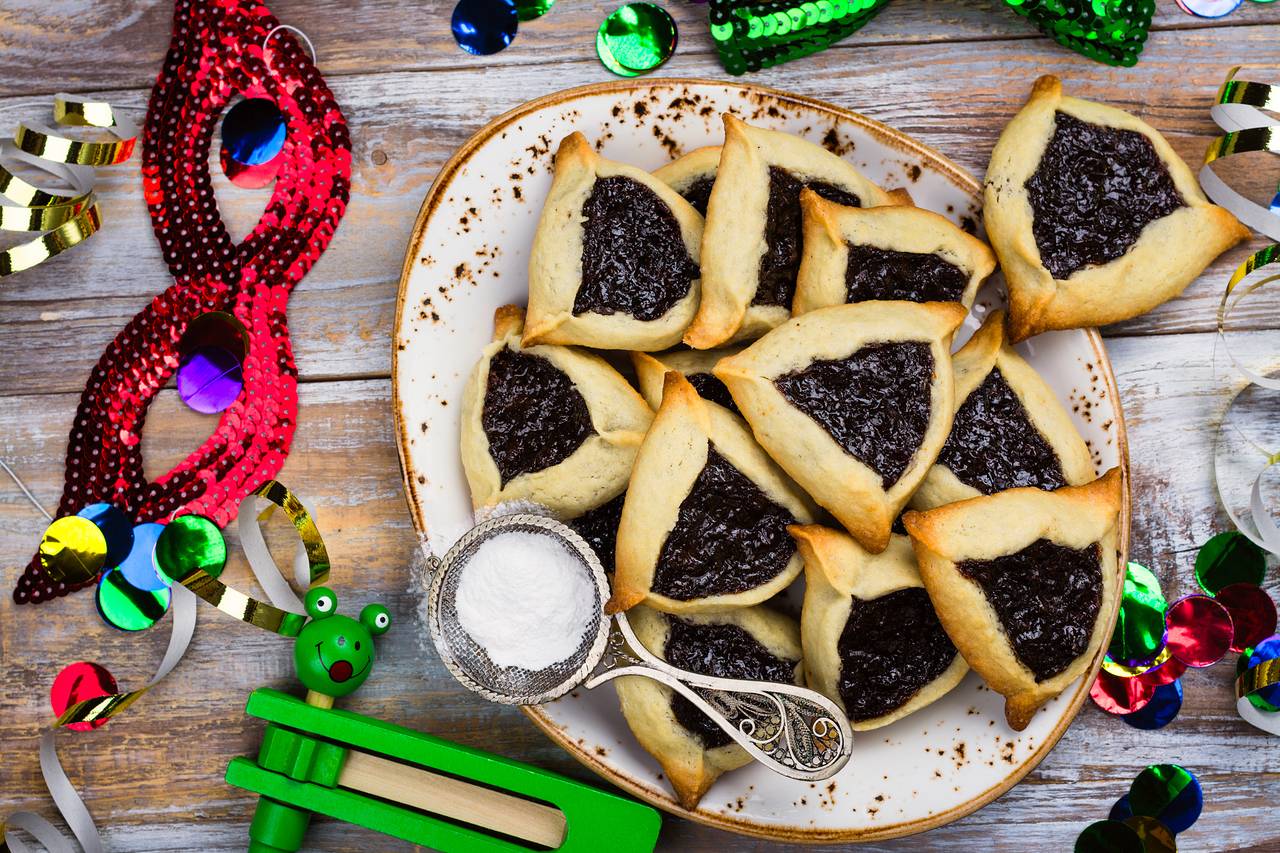 This year’s celebration of the Jewish holiday of Purim begins with sundown on March 16 and ends with nightfall on March 17 (St. Patrick’s Day). This is the 14th day of the Hebrew month of Adar. It commemorates the salvation of the Jewish people in ancient Persia. This took place in a single day and is recounted in the Book of Esther.

The Persian Empire of the 4th century BCE extended over 127 lands, and all the Jews were its subjects. When King Ahasuerus had his wife, Queen Vashti, executed for failing to follow his orders, he arranged a beauty pageant to find a new queen. A Jewish girl, Esther, found favor in his eyes and became the new queen, though she refused to divulge her nationality.

Meanwhile, the Jew-hating Haman was appointed prime minister of the empire. Mordechai, the leader of the Jews (and Esther’s cousin), defied the king’s orders and refused to bow to Haman. Haman was furious, and he convinced the king to issue a decree ordering the extermination of all Jews on the 13th of Adar, a date chosen by a lottery Haman made.

(Purim means lots – as in, casting lots – in ancient Persian.) Mordechai convinced all the Jews to repent, fast and pray. Meanwhile, Esther asked the king and Haman to join her for a feast. At the feast, Esther revealed to the king her Jewish identity. Haman was hanged, Mordechai was appointed prime minister in his stead, and a new decree was issued, granting the Jews the right to defend themselves against their enemies.

On the 13th of Adar, the Jews mobilized and killed many of their enemies. On the 14th of Adar, they rested and celebrated. In the capital city of Shushan, they took one more day to finish the job.

The day of deliverance became a day of feasting and rejoicing. It is detailed in the ninth chapter of Esther. Letters were sent wishing peace and security to all the Jews … giving orders that these days of Purim should be observed. … they should make them days of feasting and gladness, days for sending gifts of food to one another and presents to the poor.

Purim observances include the reading of the Book of Esther. It’s a relatively brief book that recounts the story of the Purim miracle. The book may be read twice, once on the eve of Purim and once the following day. It is also customary to give monetary gifts to at least two poor people and to send two food gifts to at least one person.

There may also be a festive Purim feast, which usually includes wine or other alcoholic beverages. Many other more localized festivities have arisen in various parts of the Jewish world, such as burning an effigy of Haman, carnivals, masquerading, special songs associated with Purim, traditional foods, and so on.

In Nazi Germany, attacks against the Jews were often coordinated with Jewish festivals. For instance, Hitler banned and forbade the observance of Purim. He announced this in a speech made on November 10, 1938, the day after Kristallnacht. He saw a connection between the Nazi regime and the role of Haman.

Let’s pray for our Jewish brothers and sisters on this festive day of celebration.