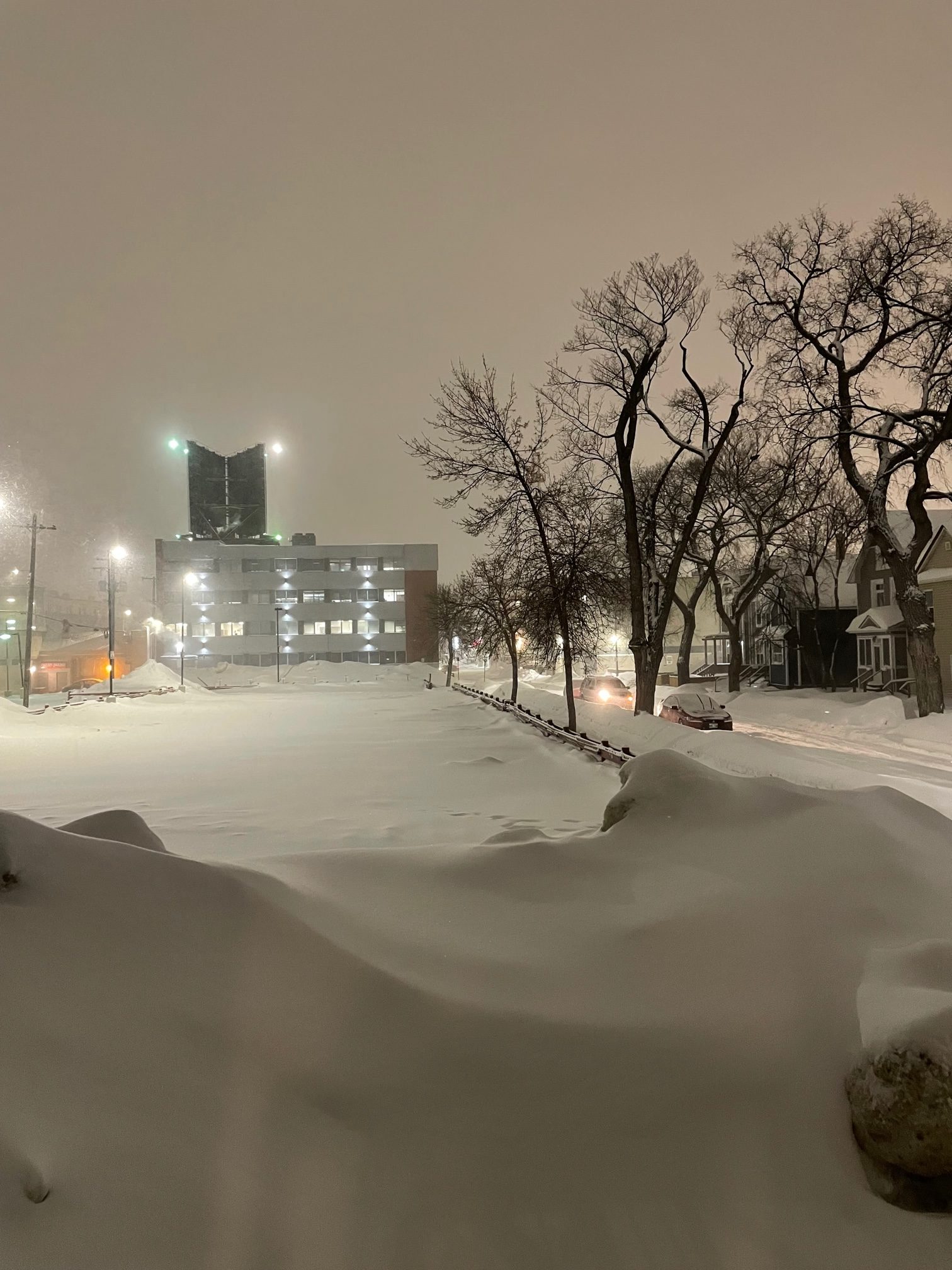 piled higher and higher than it can go,

ten inches even on the pavement lies,

tunnels branching into each house lot.

A plow flounders in our back lane rut

needing snow plow #2 to get unstuck; 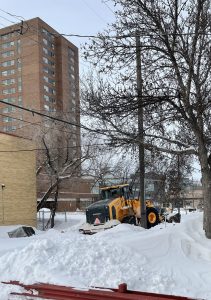 for car or even four wheel drive truck!

like a bear in a cave I sleep live exist.

Then brisk breeze calms and sun steeps bold and bright;

Snow sparkles in the crispy air and all is again somewhat