Listening in the Desert – 1st Sunday in Lent 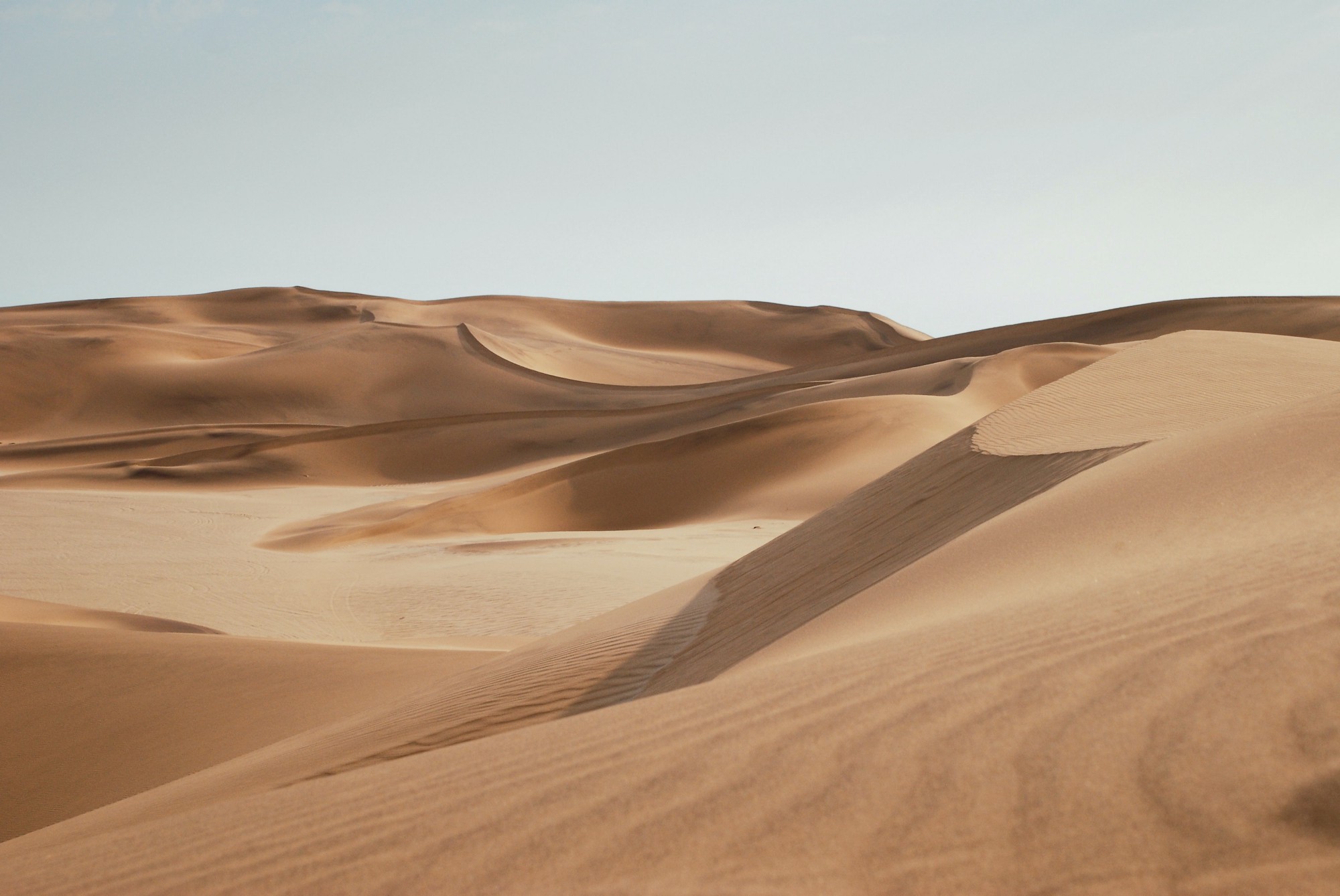 The image of the desert is a powerful symbol in both the Old and New Testaments. The desert is barren and inhospitable. People generally go there either with reluctance and fear or with an intentional purpose. The desert can represent for us a site of endurance and testing.

Those who go to the desert for religious reasons usually do so with the intention of facing the starkness they find there. They emerge transformed by the experience. For those who must experience it, such as the Israelites, it is a place to pass through.

It is fitting that the First Sunday of Lent features Jesus’ time of temptation in the desert. By the start of the 5th century the Church was making connections between the forty days of Lent and the biblical experiences of the chosen people’s forty years in the desert and Jesus’ forty days in the desert.

The chosen people see the Exodus, the crossing of the desert, and the entry into the Promised Land as the central event of their history. The Book of Deuteronomy reminds us of this today. Jesus emerged transformed by the time of temptation and began his public ministry. Today’s Gospel is followed by his return to Nazareth, where he quotes the Prophet Isaiah to announce the purpose of his ministry, only to be rejected by his own people.

Jesus was led by the Spirit and experienced the testing of the desert. The devil offers three temptations. The first is the temptation to turn stones into bread. The traditional view is that the devil was urging Jesus toward gluttony.

The second attempt by the devil is to offer Jesus power over the kingdoms of the world, traditionally seen as a temptation to the sin of avarice and power grabbing.

The third temptation for Jesus is the suggestion that he jump from the pinnacle of the temple and rely on angels to break his fall. This corresponds to the sin of hubris or excessive pride.

Henri Nouwen offers a different take on the three temptations, based on his experience of moving to L’Arche after many years of academic work and writing. He likens turning stones into bread to the temptation to be relevant. This was a trait that proved handy in his academic life.

At L’Arche he could no longer rely on his intelligence as the basis for gaining the respect of the handicapped residents. Jesus’ temptation to be powerful expressed itself in Nouwen’s life in his realization that his exercise of power lacked love.

The third temptation, for Jesus to throw himself from the temple, is for Nouwen, the temptation to be spectacular and to gain great applause. That may have worked in his earlier life, but not in community living with very wounded people.

The transformation Nouwen was challenged to forced him to grow in a new way of listening to what was going on within himself, but also what was happening around him in L’Arche.

Edmond Jabès, a popular Jewish writer and poet in the years following World War II, writes of the desert as “the experience of listening, the extreme of listening.” I think that part of what he is getting at is to say that the desert can be a place of growth in self-knowledge. Living community with the handicapped was that desert for Nouwen.

Jesus experienced the desert as a necessary preparation for his ministry. His deeply personal encounter with the power of evil and the attraction of temptation culminated in a choice for God and a deeper sense of his vision.

Lent is a period of preparation, a type of spiritual retreat that evokes the experience of the desert. Perhaps the grace we can pray for in this week of our Lenten journey is the grace of listening with ears of discernment, of being attentive to how we need to grow and experience further initiation into our faith.