The Extraordinary in the Ordinary 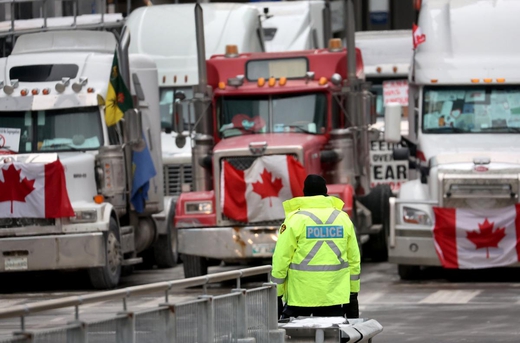 Sitting in Ordinary Time in the liturgical year of the Church, sandwiched between the Christmas season and Lent, one might consider this period just routine, even regular time, yet it glimmers of the extraordinary, dependent on one’s perspective.

Locked in a never-ending nuanced pandemic, it is so easy to lose the wonder of being alive, to listen, to see with new eyes, to appreciate the beauty of a winter day with fresh falling snow.

It was a magical time when Edison discovered electricity, and at the flip of a switch light filled a room. Today, we tend to take this for granted, and get frustrated when the Internet crashes and the Zoom call abruptly ends.

Decluttering our busy schedules, we can choose to allow the precious ordinary to become extraordinary. Fr. Ron Rolheiser suggests that we maintain a sense of childlike curiosity and wonder toward the familiar. He calls it a “second naivete.”

I recall our first grandchild on Christmas day unwrapping one of her gifts. She was more enchanted with the colorful paper she ripped off, exclaiming with delight, “Wow,” than the gift itself. Her excitement rubbed off on me, and I was a child again.

He goes on to say, “If we cannot find God in the routines of home and shop, then we will not find him at all.”

I find God at different moments like when the aroma of freshly baked muffins fills the kitchen, the grown-up child who at the end of a phone call says, “Love you guys,” and often in the song of birds.

Recently I was on a Zoom call with friends in Mexico. It was evening, and the birds seemed to be holding a conference of some kind, because they drowned out our conversation in their excitement.

Teilhard de Chardin reminds us, “do not forget that the value and interest of life is not so much to do conspicuous things…as to do ordinary things with the perception of the enormous value.”

Recently, my ordinary world became extraordinary when I awoke with symptoms that warranted an ambulance ride to the hospital. This was my first experience in Canada, and I hope my last, of being attended to by paramedics in a vehicle rushing to get me appropriate medical attention.

As I reflect on my days spent in the hospital being hooked up to numerous wires and tubes, I am grateful for the amazing attention I received from doctors, nurses, technicians, and even the orderly who reached for a blanket to keep me warm, as he wheeled me down the hallways to yet another test. I was just a patient who needed care in their ordinary day, but I was made to feel special, and might I say “extraordinary?”

Then there was the moment when I was told that the Echo test was not going well, and something had to be inserted into my veins to get a clearer picture. I happen to be one of those allergic specimens of nature’s bounty, so I was apprehensive. Suddenly, I felt the presence of St. Padre Pio standing on my left, reassuring me that I would be okay. And okay I was from that point on.

Talking of saints, I pray to St. Therese of Liseux every day. She was a spiritual champion for the ordinary people. She wrote that God loves the “little” people the best. In her little way she has influenced thousands of people to draw closer to God. Today, she is a Doctor of the Church!

Another saint admired for her humility is St. Bernadette. Once a nun asked her if she had temptations of pride, because she was favored by the Blessed Virgin Mary. “How can I?” she quickly replied. “The Blessed Virgin chose me only because I was the most ignorant.”

A simple, ordinary girl by society’s standards, she was handpicked to become the messenger of the Immaculate Conception, which later became a Church dogma.

Above all else, Ignatian spirituality invites us to find God in the ordinary events of life. If we adjust our vision, then our encounters with God in Scripture, people, and everyday living can become grace filled extraordinary moments of joy.