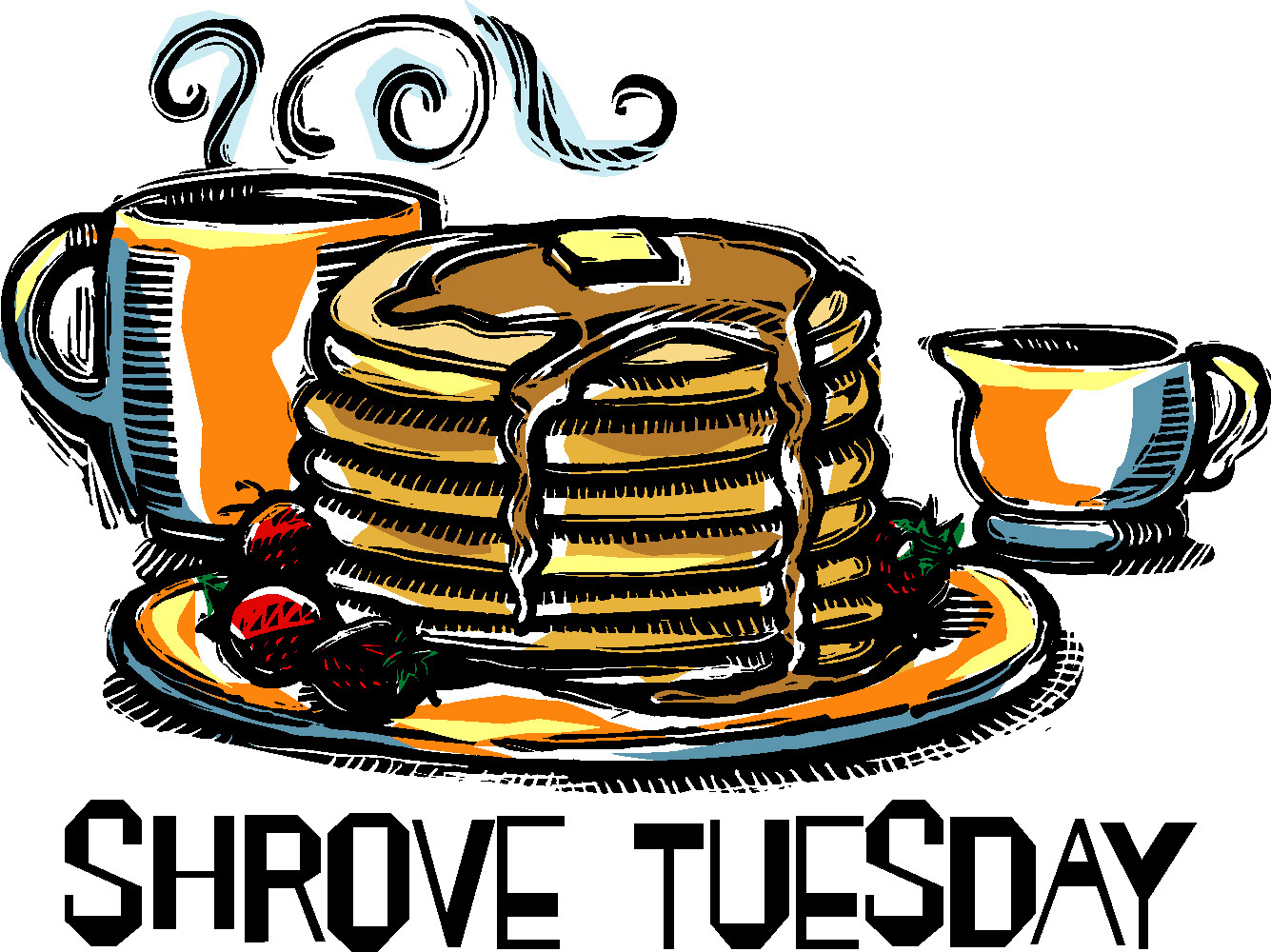 Tomorrow is Ash Wednesday, which means that today is Shrove Tuesday, Mardi Gras, Fat Tuesday, pancake day, and so on. Let me begin with a childhood memory that may have also been experienced by other readers. I do remember the pancakes being very fluffy and tasty, likely because this was before the days of cake mixes and other processed foods. Even if such things were available, I doubt that my mother would allow herself to open a package.

The pancakes themselves have significance for the day before Lent. There are four ingredients: eggs (creation), flour (the staff of life), salt (wholesomeness), and milk (purity). It was also a way of using up certain ingredients that one refrained from during Lent. Eggs and milk would be prime examples.

It may have been more of a Newfoundland custom, but certain pancakes had objects cooked in. They had symbolic value. I don’t recall all of them, but I can remember there being a coin. This meant that the person who found it would be rich. I vaguely recall getting a religious medal one year. Interesting enough, that symbolizes that the person finding it will join a religious order or be a priest. I

think that there was also a nail, symbolizing that the one who found it would actually be or marry a carpenter. I seem to recall a button, but I’m not sure what it meant. This custom with the added objects added an element of entertainment to mealtime. (Yes, the 50s and early 60s were pretty simple!)

Knowing my mother (and, probably all mothers), the items that were enclosed were equally distributed (she had to make sure that no one left the table without an object) and she probably watched to make sure that none of us accidentally swallowed anything we shouldn’t have, or else the bathroom would have to be monitored.

It’s Shrove Tuesday. The word shrove is the past tense of the English verb shrive, which means to obtain absolution for one’s sins by way of confession and doing penance. During the week before Lent, sometimes called Shrovetide in English, Christians were expected to go to confession in preparation for the penitential season of turning to God.

Shrove Tuesday was the last day before the beginning of Lent on Ash Wednesday, and noted in histories dating back to 1000 AD. The popular celebratory aspect of the day had developed long before the Protestant Reformation, and was associated with releasing high spirits before the somber season of Lent.

It is analogous to the continuing Carnival tradition associated with Mardi Gras (and its various names in different countries) that continued separately in European Catholic countries.

Whatever your traditions and practices, try to take time today to consider how you head into Lent.