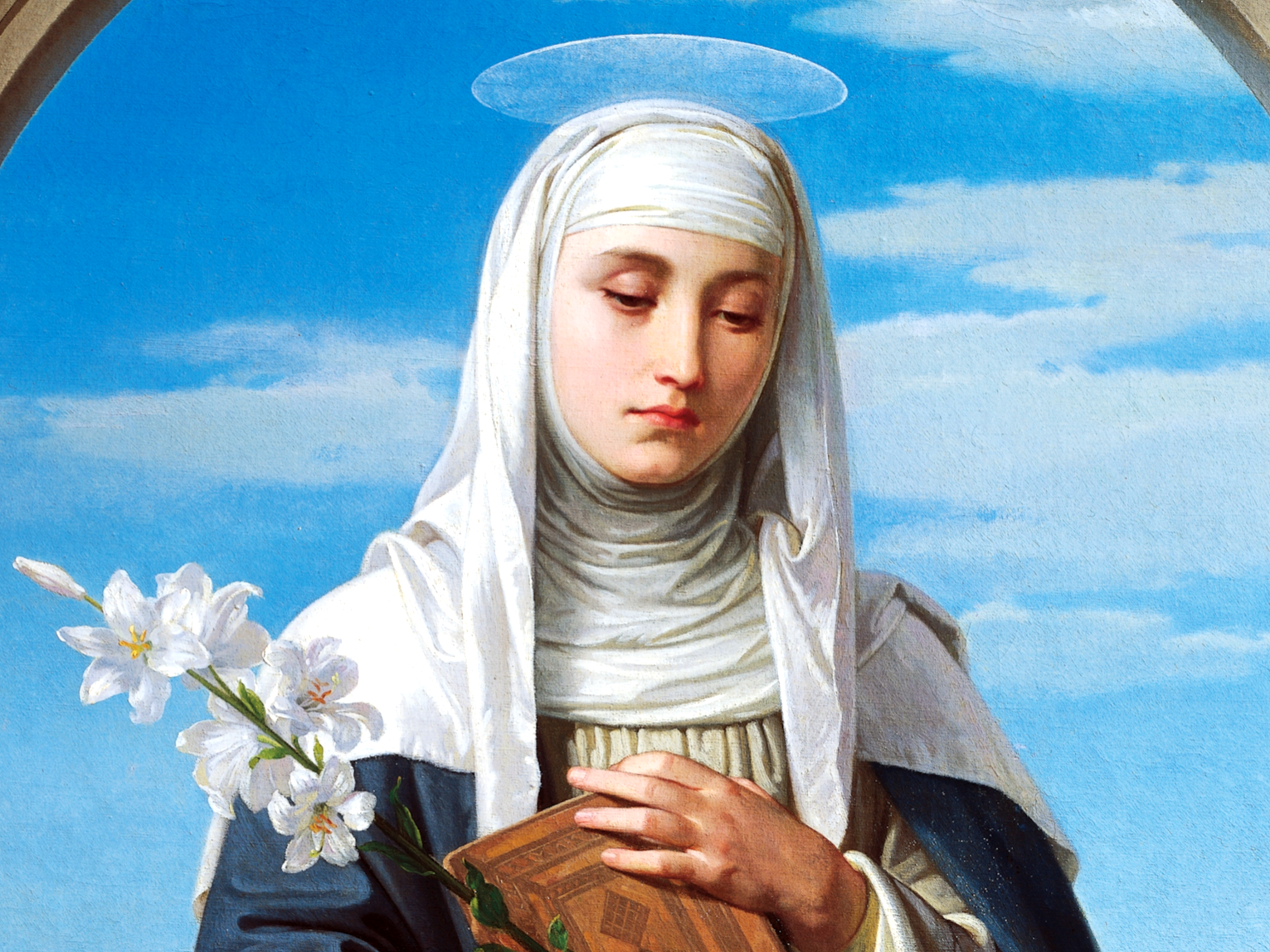 “What did you do to your hair?” shrieked the frantic mother.

Her screams resounded throughout the neighbourhood. The neighbours all came running. In a panic. What happened? What was it? A burglary? A murder? What had happened in Mona Lapa’s household?

They soon found out: Mona’s twelve-year-old daughter had chopped off all her hair. It was a disaster! It looked like it had been cut by a four-year-old in the middle of one awful temper tantrum.

The girl’s hair—her shoulder length, glossy golden curls—had been her trademark, her “crowning glory.” Mona, who was very much into appearances, was beside herself.

The neighbours all knew that the girl, Catherine, was a bit headstrong and a force to be reckoned with at any age. But this? This was something altogether different. This was an act of lunacy!

The reason for the rebellion? Her mother wanted her to marry. The year was 1360 and at that time in Italian history it was not uncommon for thirteen-year-olds to marry. The mother had even sent her daughter off to her older sister’s home to learn the “art” of fashion, makeup and hairdressing. But Catherine wanted nothing to do with any of it! Thus, the new “hair-style.”

Her ambition? She wanted to become a Mantellate, a Third-Order Dominican, and devote herself to God.  A Mantellate? “ stormed the crimson-faced mother. She thought the girl had lost her mind. “Never!” said the mother. And mother and daughter began a battle of wills.

Eventually, however, Catherine did become a Mantellate and spent three years in solitude and prayer. On Shrove Tuesday, 1366, Jesus appeared to her (one of many appearances) and directed her to go out into the world “for the good of souls.” She was stupefied by this request. “How could I be of any use to anyone—I who am merely a poor servant girl?” And He replied to her: “All things are possible for God who has created everything from nothing.”

At the age of 21 she left her secluded life in her native Siena to serve the “poor, the sick, and those most afflicted with the most loathsome of diseases.” By the age of twenty-four she had a group of spiritual disciples around her—known as the Caterinata—converted sinners, scholars from the university, learned priests and her sister-in-law. They were attracted by her “exceptional personal charm” as well as her spiritual wisdom. These followers, some who were twice her age, would call her “Mama” and viewed themselves as her spiritual sons and daughters.

One of these was her confessor, St. Raymond of Capua, who would later become Master General of the Dominican Order. Their relationship had its comical moments: At one point during her often-lengthy teaching sessions, he fell asleep. This was not the first time! Exasperated, she reprimanded him: “Am I talking to the wall or am I talking to you?”

Who was this young woman? She would become known as St. Catherine of Siena; not only would she become a Doctor of the Church but she would become one of the most renowned saints in history.

She was born on the feast of the Annunciation on March 25, 1347 in Siena, Italy, a tumultuous era, both for the world and for the Church. It was a time when armed mercenaries roamed the country-side and city-states warred relentlessly with each other. It was also the time when the Black Death killed one third of the population of Europe.

And the Church? It was in chaos. It was the time of the Great Western Schism: The Papacy had moved to a palace in Avignon, France “to flee from the chaos that was Rome.”

And Catherine’s role in all of this? She, this unschooled young woman, would become one of the most powerful women in Europe, healing rifts between city-states and rifts between high-level church authorities. It was her role in restoring the papacy to Rome, however, that earned her a paramount place in church history. At her urging and persuasion, Pope Gregory XI, moved back to Rome after an absence of seventy years.

Pope Paul VI, six centuries later, declared that she had a call from God for “exhortation”. And exhort she did! She dictated hundreds of letters (encouraging reform) to church and state authorities—including popes! And she didn’t mince her words!

In 1999, St. John Paul II proclaimed her Co-Patroness of Europe, along with St. Bridget of Sweden and St. Edith Stein. Which just goes to show: not all rebellious teenagers end up on the wrong side of the tracks!