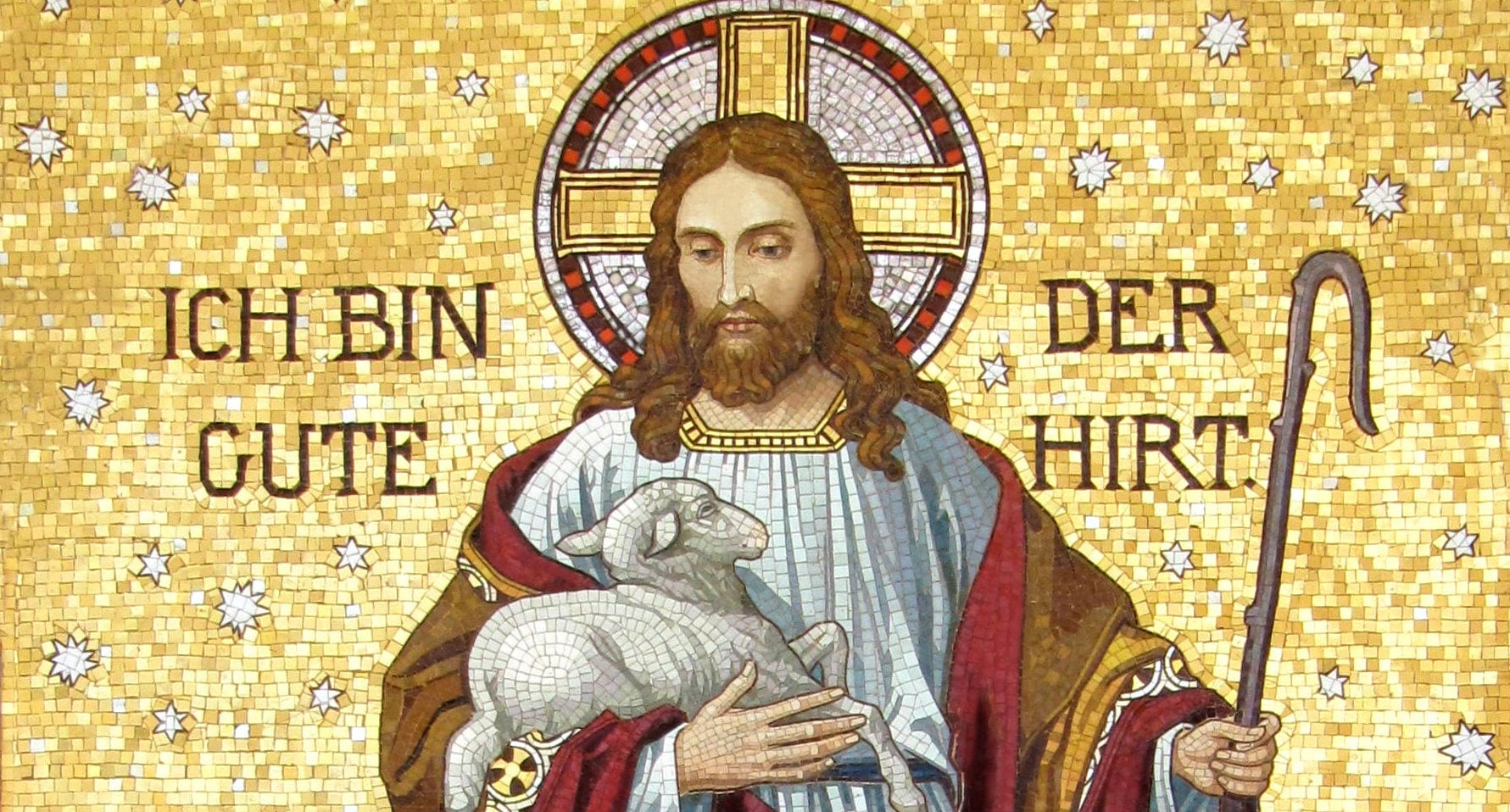 The pivotal distinction in John’s account of the Good Shepherd is between the hired hand and the good shepherd. The hired hand flees when he sees the wolf coming.  Why should he risk his life over a few sheep who belong to someone else?

Good, as an adjective describing the shepherd means noble or ideal. The word is not referring to capability in taking care of sheep (of course he can do the work), but, rather, a moral quality of goodness. There must be something more than merely being able to do the work.

Jesus’ death was not just an unfortunate death. It was a choice. The Pharisees, both historical and their contemporary version, are the hired hands who lack the same level of commitment as the Good Shepherd. The criterion for discerning whether what we are hearing is from the Lord or from the others has to do with heart listening. The good shepherd says, “they will listen to my voice.”

Pope Francis has famously stated that priests and bishops and others involved in pastoral ministry should have the smell of the sheep. In other words, that we should live and act as though we have been engaged with the stuff of life, that we are not immune to the mess of our world. The immunity can be seen in all sorts of ways. Think of those who make judgements on people, because their way of life is other than the generally accepted norm.

The smell of the sheep is encountered whenever a confessor listens to my sins and doesn’t judge me, precisely because the confessor knows what it is to be an imperfect and sinful human being. The smell of the sheep is in evidence when a bishop or priest shows compassion for their flocks, precisely because they fully understand what is involved in life in our contemporary world.

On the other hand, the smell of the sheep is missing whenever a shepherd stands aloof from the flock, acting as if above the sheep. We have so often witnessed representatives of the church who are oblivious to the lives of people. The shepherd, whether of sheep or people, has to be unafraid to get dirty or soiled if it is necessary to pick up a struggling sheep.

A pastor who shows that kind of ministry to those in his care probably isn’t afraid to spend extra time with someone who has come in need.

I can be both a sheep and a shepherd. I’ve certainly been in both positions. I have been instrumental in caring for others, but I also know how much I have relied upon the care of others. I suspect that this is true for most of us.

We believe that Jesus’ death was not merely the result of accident. His actions and his many confrontations with the Pharisees set him on a path that could not be easily erased. As well, Jesus freely opted to speak the truth and to speak with such passion of God’s gift of love and mercy.

He knew what he was choosing. His crucifixion was not a matter of just being in the wrong place on one day. It was the natural conclusion to his life choices.

And yet, it was not a conclusion! The Easter season continues.