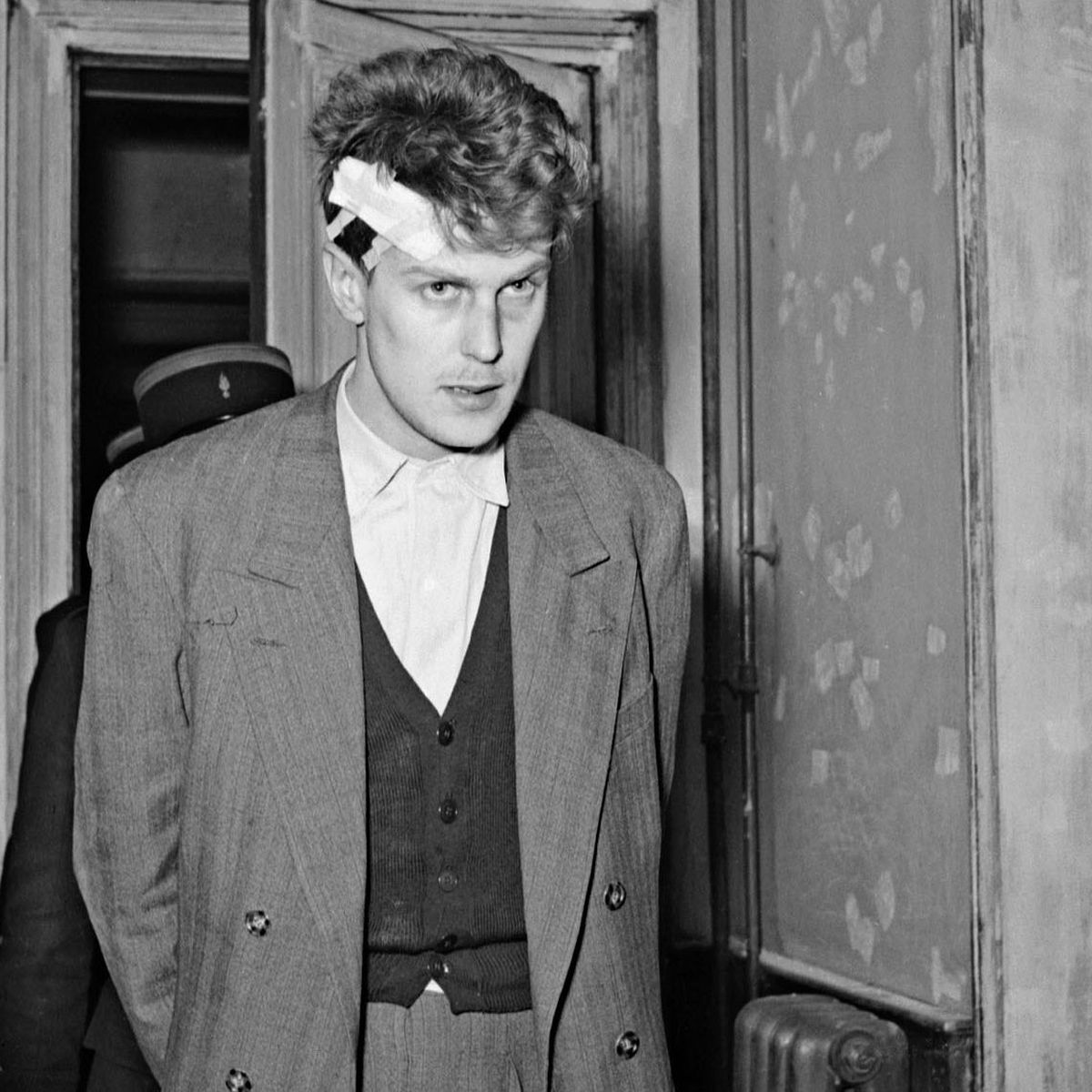 Jacques Fesch was born into a wealthy Belgian family; his father worked in the banking business and the family lived in an exclusive suburb of Paris. All appeared rosy on the surface. All was not well, however; the father was an atheist, a cynic and an unfaithful husband. And harshly critical of his son. His mother was a defeated, depressed woman.

The parents subsequently divorced and Jacques lived with his mother. He absorbed all of this into his psyche. He abandoned his faith as a teenager and was expelled from a Jesuit school at 17. His short-lived marriage to his pregnant girlfriend ended in separation. He couldn’t seem to hold a job. Or settle down to anything.

He dreamed of an escape from the misery of his life. To buy a yacht and sail around the South Pacific! Now, that would solve all his problems! The dream became an obsession. His father, understandably, refused to finance such a scheme. In his blind desperation he decided to rob a money-lender, a decision that would change his life, irrevocably. During the bungled robbery attempt and ensuing police chase, he shot and killed a policeman.

He entered prison a bitter man, an unbeliever, a person filled with despair. During the next year, however, he began to look at life with a changed heart. His mother, who had since converted to the faith, brought him a book on Fatima. His Catholic lawyer and his prison chaplain, Father Devoyed, brought him books on the lives of the saints and other spiritual topics. He devoured them all.

Then, on the night of Feb. 28, 1955, his life changed radically: Jacques (who was deeply repentant by this time) experienced a dramatic conversion: “I was in bed and really suffering—I cried to God for help!”

In an instant he was seized by the Spirit of God and His “overwhelming love.” Jacques said of the experience, “Now, He is all that matters. I see with new eyes. From that moment onward I believed with an unshakeable conviction that has never left me.”

Parisian priest Father Henri Moreau said that “his conversion was exceptional—his life was completely transformed.” With the exception of St. Augustine and Blessed Charles de Foucauld, he knew of no other examples in history in which “people have committed such crimes and changed so much.”

Jacques spoke of Jesus as “the One Who is watching for my arrival as I come staggering under the weight of my cross,” as “the One who waits unwearingly for the bruised and desperate soul.” Jacques was also given special insights about The Blessed Virgin and the Church:

“The Blessed Virgin protects me; she shows me the way I must go and what her Son wants of me.” Speaking of the Church, he said: “It is she who distributes all of Christ’s gifts.  In rejecting her, you deprive yourself of all the helps, benefits and graces which Christ has placed within her.”

Jacques was sentenced to death: a terrible death, death by guillotine. He accepted his barbaric sentence, realizing that, “because of our sinfulness, it takes a very strong remedy to restore us to grace.” He offered up his death for his father’s conversion and for those “whom the Lord wants to save.”

The date was October 1, 1957. The executioners had the twenty-seven-year-old prisoner mount the scaffold. At once Jacques asked his chaplain, Fr. Devoyed: “The crucifix, Father, the crucifix!” He kissed it many times.

These were the last words of the condemned French prisoner before his beheading at Le Sante Prison, in Paris. “It was very moving and those present were deeply touched,” related Father Devoyed. He was the last person to die by guillotine in France.

Within a few years of his death, Cardinal Lustiger of Paris began hearing stories about this condemned “criminal.” People were talking about him. Conversions were occurring. Healings were taking place. Atheists began coming back to the Church. Marriages were being saved.

And one is forced to ask: “But how did people even find out about him?”

While in prison, Jacques began writing a spiritual diary for his young daughter. This diary, along with some prison letters, were published in book form in 1971 under the title, Light Under the Scaffold.

His readers were being touched in such profound ways! The cardinal decided to investigate. As a result, he issued a decree to begin the canonization process for Jacques Fesch in 1987.

Although some controversy arose (the Police Association, for one, were adamantly opposed) the cardinal  pursued his goal. He explained: such a canonization would “give great hope to those who despise themselves, who see themselves as irredeemably lost.”

Fesch has been compared to the Good Thief on the Cross beside Jesus: “Nobody is ever lost in God’s eyes, even when society has condemned him” says the cardinal