The Normalization of Indifference 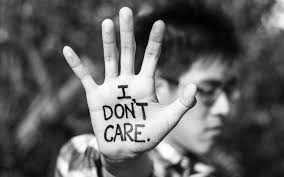 Imagine this scenario: There is a burning apartment building.  A man comes out onto a balcony visibly terrified.  He tries to call the emergency services.  The operator on the other end of the line tells him that she will redirect his call.

The firefighters contacted say that the address in question is not in their jurisdiction (although they are closest to the fire) and that another fire station will have to be contacted.  The other fire station is reached but valuable minutes are lost.  The man on the balcony was saved but his family was lost in the fire along with half of the other residents of the building.

Unimaginable!  No way! you will tell me.  Yet something similar happened on the Mediterranean in 2013.  In October of that year, a boat carrying 400 migrants was about to sink in international waters 113 km from the Italian island of Lampedusa.

If the Italian authorities had immediately sent rescue teams, they would have arrived two hours before the ship sank. 200 lives were needlessly lost that day.

This distorted vision paints them as thieves, fraudsters, terrorists, etc.  They are then reduced to something inhuman and evil, beings not worthy of being welcomed with respect and compassion.  By demonising them, we justify ourselves in our behaviour of indifference or even rejection towards them.

How many of us have raised our voices to denounce the decision of our governments not to offer permanent residence to all those with precarious status who were on the front lines of the pandemic?  This has highlighted serious injustices in our society.

Those who, during this health crisis, are doing the so-called “essential” work are mostly people with precarious status.  Their lives were being overlooked.  They work in hospitals and long-term care homes as orderlies, cleaners, security guards; they work in the food industry in our fields and in our meat packing plants so that we may enjoy the fruit of their labour.

They are the ones who are the most vulnerable.  But we were not aware of their existence.  They were doing this essential work without us being aware of everything they were doing.

However, we are now aware that they are present and doing this “essential” work.  And they are making an appeal to us; an appeal not to remain indifferent.  Are we going to respond or are we going to let the boat sink?