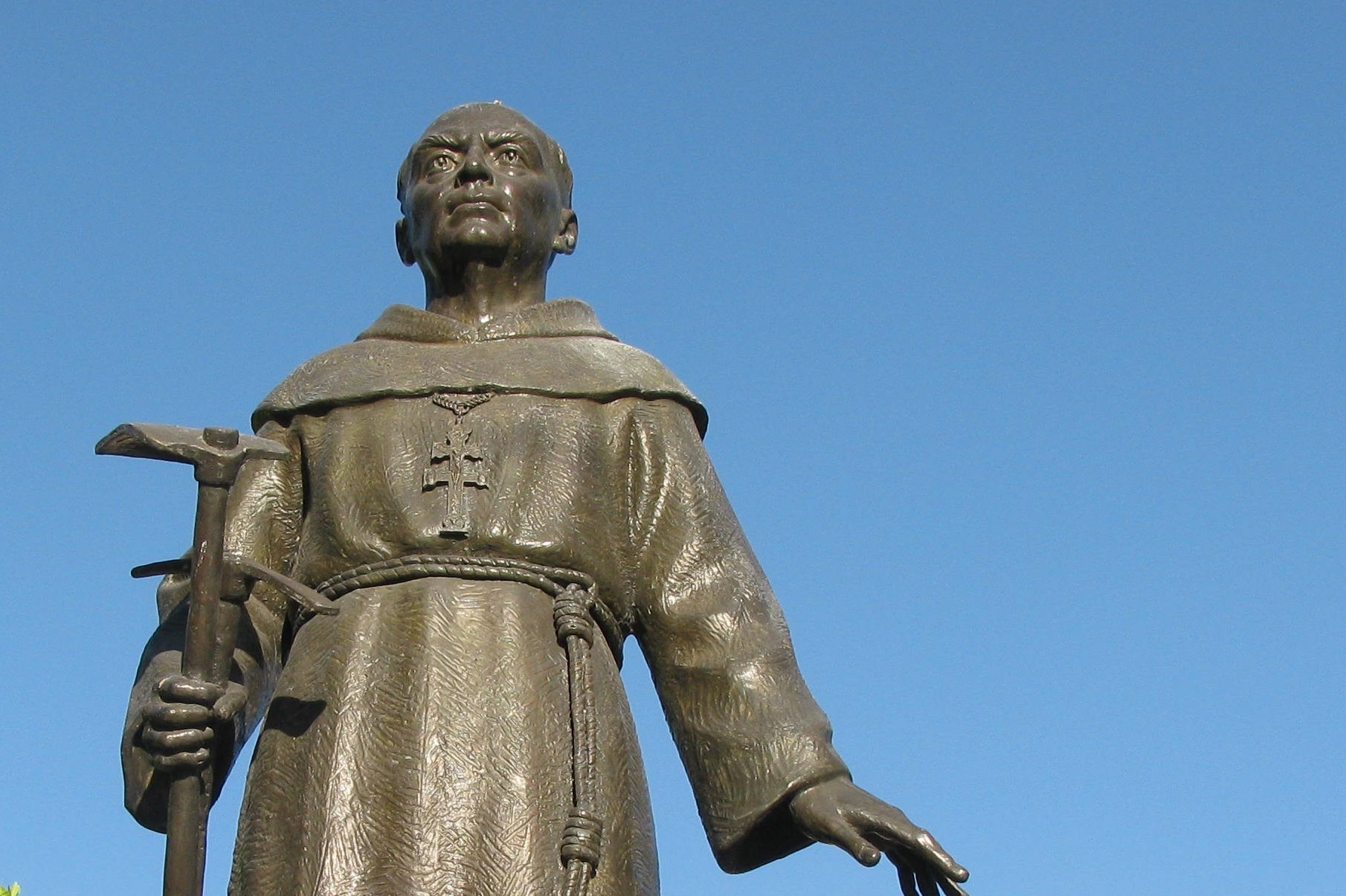 It’s hard to be a Catholic today. Every time you turn on the TV you see images of another statue being defaced, or a crucifix being desecrated, or a church being set on fire.

And it’s not just here on this continent. It’s in Europe as well. It is reported that as many as three churches a day are being set afire in France alone. And one name keeps coming up. Again and again. You seem to see his name on every newscast: St. Junípero Serra. Of all people.

He was the Spanish Franciscan missionary priest who is known as the “Apostle of California;” he founded nine missions in the state, the first one being San Diego in 1769.

He wasn’t just revered in religious circles, he was also revered in secular circles. California Senator Isidore Dockweiler said of him in 1927: “He is worthy of first place among the immortal heroes who created our nation.”

In California there is a freeway named after him, not to mention parks, museums, restaurants, schools and streets. Steven Hackell, a professor at University of California Riverside said: “Once you look for it you see his name everywhere.”He is almost a household name in the state. Which is probably why he is such a target for this new group of iconoclasts.

But St. Junipero—a racist, a tyrant, an abuser? Not a chance.

Archbishop Cordileone of San Francisco said that Serra was a “tireless advocate for the rights of native Americans.” Other California bishops said that “he loved and bravely defended the native peoples, even writing a bill of rights to protect them from the ambitions of the Spanish colonizers.”

He was born in 1713 in Majorca, Spain, and entered the seminary at the age of 17. He was ordained seven years later. His heart was burning with one great desire—he longed to become a missionary!

After receiving a doctorate in Philosophy he taught in a university for several years but that missionary zeal never left him. In 1749 his dream was realized: He set sail for America with friars Juan Crespi and Francisco Palou, who would be his lifetime companions in the New World.

After a horrendous Atlantic crossing of 99 days he arrived at the port of Veracruz, Mexico, and walked (a distance of 275 miles over four mountain ranges) to Mexico City.

He would spend 20 years in Mexico before he began his California missions and it was here that he honed his missionary skills. His first assignment was to the Sierra Gorda area of central Mexico, in Querétaro state, a rugged, mountainous region, 175 miles north of Mexico City. 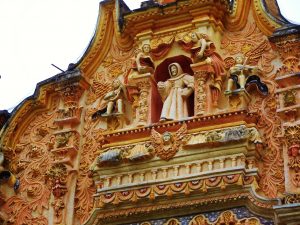 For 200 years Spanish missionaries had tried to evangelize the area but they were not successful. The Pame Indians resisted them every step of the way. All would change with Fray Serra!

Once again, Father Serra walked: this time to the Sierra Gorda despite a painful leg injury that would remain with him all his life. Through steep canyons, hairpin turns, and mountain ranges with heights of over 10,000 ft. he plodded on.

The Sierra Gorda is known for its five magnificent mission churches which were designated a UNESCO world heritage site in 2003. They are notable for their elaborately carved facades which combine Christian symbolism with superb indigenous artistry. They were all built under Serra’s watch. But he was no idle bystander—

One day Junipero’s spiritual father, Fray Bernard Pumeda, paid a visit to the Sierra Gorda. He was astonished to see Junipero carrying heavy beams with the workmen. “Look at your former professor! Can you believe this?” “Oh yes,” said Fray Palou. “This happens very day!”

According to biographer Abigail Fitch, his years in the Sierra Gorda were “arduous year of unremitting labour.” “He habitually spent his entire salary on the Pames,” she related.

And he didn’t stop at construction work. He taught the Pames skills and trades and he even sewed clothes for the children who “squealed with delight when he came round,” said Fray Palou, his first biographer. “He won the hearts of them all,” he would say later. Serra learned the Otomi language—with singular effort! Languages didn’t come easily to him. 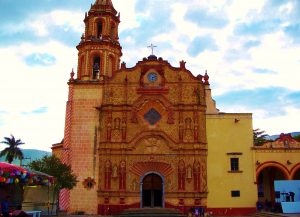 Eight years ago I visited Jalpan and attended the Saturday 7 pm Mass. It was standing-room only. The church was packed. I asked these descendants of the 18th century Pames their views of Father Serra. They were unanimous: “He is our hero,” they said.

It looks like the iconoclasts went after the wrong man.