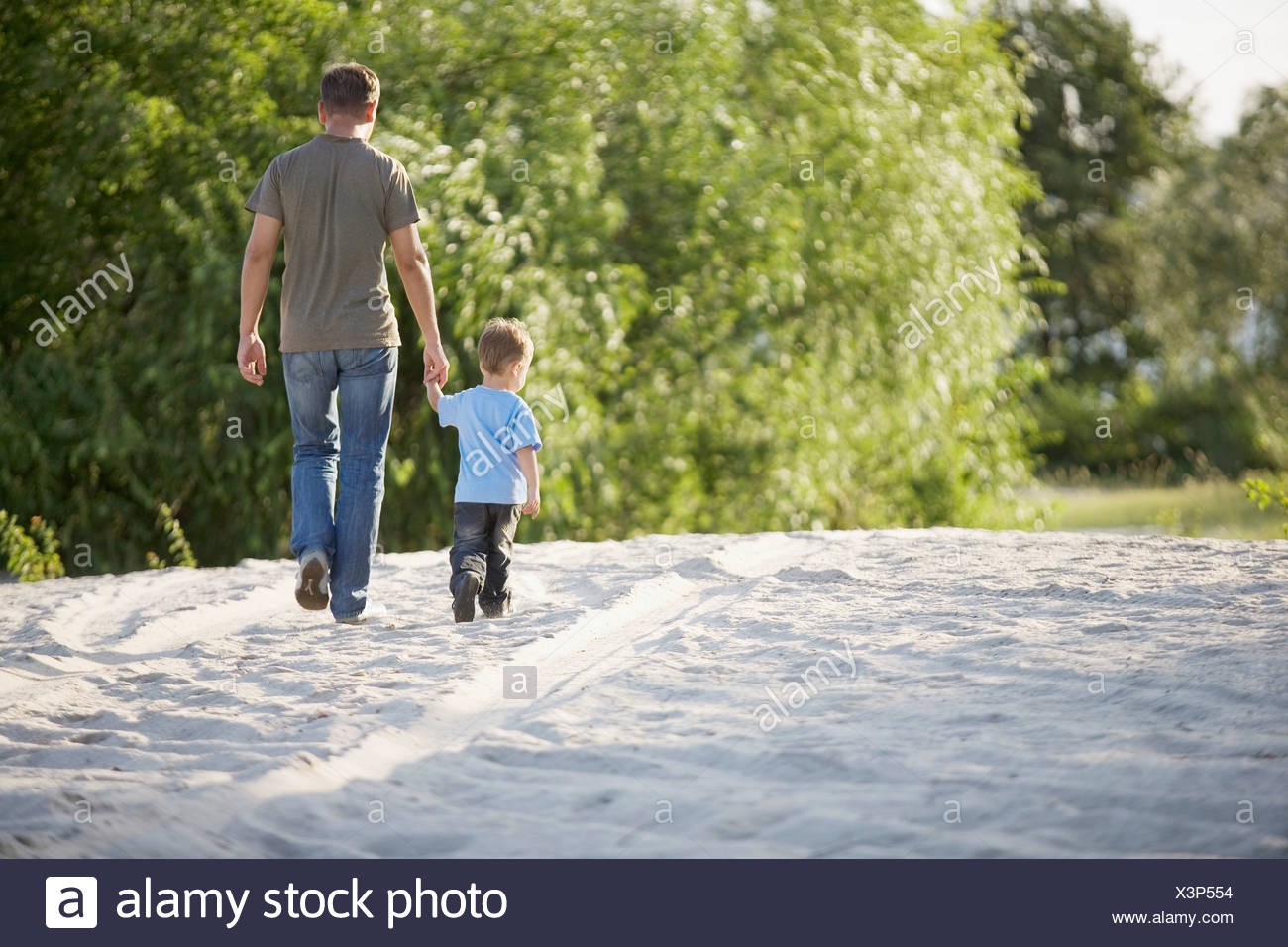 My father passed away 50 years ago on August 6, 1970.  I was just a little boy, not quite 4 years old.  I do not have any memories of him which might be a bit surprising since I was almost 4.  But his death has had reverberations throughout my life and still do today; some of them conscious, but most of them unconscious and they are just now percolating to the surface of my consciousness.

My Dad died in a truck accident.  It was a head-on collision along the Trans-Canada highway near Portage-La-Prairie, Manitoba, west of Winnipeg.  At the time, the Trans-Canada was only a two-lane highway.  He did not have a chance since his truck exploded and his body was consumed by fire.

I do not remember my Mom or anybody else tell me that my Dad had died, either on the day or the days following.  Nobody, it seems, asked me how I was doing or feeling.  Did anybody just hold me?  I do not remember.  But back in the day, you did not do those sorts of things.  My mother was herself probably grief-stricken (Did she herself have somebody to talk to, to process her own grief?)  With 6 children to look after and a farm to sell, I can hardly blame her for not taking the time to see how each one of us was doing emotionally.  She probably did not even know how.  It was hard enough to just make sure that our physical needs were met.

Neither having received comforting words nor having been asked how I was feeling, I surmised, as I am discovering now, that nobody was really interested in what I was feeling or thinking.  And so, unconsciously, I bottled up my emotions.  But, as everybody knows, when you shake a soft drink bottle and then open it, the liquid gushes out.  And so, as a kid, my anger would sometimes explode when agitated.

I remember a time when one of my older brothers was teasing me mercilessly at the dinner table.  I had had enough.  So, I just threw my fork at him.  It ended right below his eye.  I was lucky (and so was he) that the fork missed his eye.  I also remember another time when, in a fit of anger towards my sister, I broke some of her records.

I do not mean to paint a picture of a rotten or overtly persistent violent childhood and a twisted family.  It was actually pretty good most of the time.

As well, throughout my life I have known God never to have abandoned me.  Fortunately, at different times of my life, God sent me some good men who were father figures and mentors to guide me.

Keeping my emotions inside, especially anger, as I am discovering now, has been the pattern in my life.  It has taken its toll on who I am as a person, on my marriage and family.  I realize now that I have been mostly in desolation for a long time.

It was only when a Jesuit friend of mine who, as he was saying mass over Zoom, saw that I was unhappy (even through Zoom) and asked me later about it in an email that I really started to deal with my underlying anger.  I had seen a psychotherapist in the past but even though I had made some discoveries about myself through the work that I done with him, I was continually lapsing back into my old habits.  I needed something and someone else.  I needed God.

With the help of my friend, mentor, and spiritual director, I have started on this road of discovery, of God and with God.  All my life, I have considered myself to be a Christian, a believer; I, however, am discovering there is always more to uncover and experience of the profoundness of God.

Because of early experiences of not having anyone ask me how I was feeling or doing after the death of my father, I kept my emotions inside.  That little boy learned that his feelings were not important to others.  In my prayer, I started to spend time with that little boy.  It was high time to do it after 50 years!

In my imagination during that time of prayer, I held that little boy in my arms.  I held him firmly and compassionately and lovingly.  He said and repeated over and over again that he wanted to see his Dad.  I continued to hold him and tell him: “It’s okay.  It’s okay to cry.  It hurts when we lose somebody we love.”  The little boy added angrily: “It’s not fair.”  Then, my father appeared and started to hold me and the little boy in his arms.

At another time in my prayer, I was holding this little boy’s hand.  We were in this field of flowers, sunshine everywhere.  We just started to run together.  It was marvelous, so carefree, so joyful and peaceful.  And again, my father appeared and joined us.  He held my hand and all three of us were running in the field of flowers.

I asked God for the grace of expressing my emotions, not keeping them bottled up, especially with my family.  I asked for the grace to heal those wounds that resulted from the death of my father.  Those wounds, which built up anger and violence within me, have led to much personal suffering.

Through my conversations with my Jesuit friend, embracing the suffering has come up.  What does that mean?  In prayer, the awareness to be with the person suffering– in other words, be compassionate, was most evident.  I could not deny the suffering: “Say it as it is.  Describe it.  Do not be afraid of it.  Do not neglect it.  Do not ignore it.  It is there. It is real.  It is my reality.”

Was I embracing the suffering when I was holding that little boy, when I was running in the fields with him?  I believe so.

In another time of prayer, I was holding this little boy again.  There was resistance.  My father appeared again and held him as well.  The little boy continued to resist us, but we both persevered in holding him until he got tired of resisting.  Embrace the suffering…

Later, I was again with the little boy.  I was to tell him that his father had died.  I did.  He started to cry.  I knelt down on one knee and held him, a long time.  In the distance, I saw my Dad looking at me and smiling, as if to affirm me in embracing the suffering…

In my past, I have had dreams that my father had not died, only to wake up to the cruel reality that he had died.  But as my Jesuit friend said, I no longer have to dream or wish that he’s alive.  I can draw strength from my reality.

My Dad did die.  But is still alive.  My Dad smiling is like the resurrection; it and he are smiling at suffering, taking me beyond. My Dad, through his smile, is saying that the son he left behind is now loved by this same son as an older man.  This is resurrection.  I have gone beyond from being a wounded angry little boy to a man on the way to being healed and embracing suffering and new life.

But how do I overcome this anger?  How do I stop from keeping my emotions in?  Yes, through the grace of God.  But how?  How does this happen?  Then, the word “surrender” came to me.  I must surrender to God; I must surrender my whole being to God.  In my imagination, I found myself in a desert with the sun setting.  I was almost facing the sun but not quite.  I was kneeling with my arms outstretched and I was saying to myself: “I surrender”.

And then, Jesus appeared close to me.  I started to crumple over.  I felt Him supporting me.  I was not dying but felt such a heavy weight not really on me but within me.  But there was Jesus underneath me, supporting me.  And then it seemed as though I was changing to that 4-year-old boy and back to that man, back and forth.  When I was the 4-year-old boy, Jesus was hugging me; and when the man, then supporting me.

All these years, I have been trying to get through life alone, not even realizing the wounds that I carry and how destructive they can be to me and to those who surround me.  I cannot do it on my own.  No one can.  I need Jesus.

I  need to surrender to God to allow Him to heal me, so as to heal that 4-year-old boy who lost his Dad so many years ago so that he can become a loving man as God intended him to be.

P.S. In the last few weeks, I have seen concrete examples of me not keeping my emotions inside and being able to express them in a calm way without exploding or being passive-aggressive.  It is possible.  I do not always succeed but God hasn’t finished with me yet.

I hope that other men, when reading this, can start on their own journey.  Most of us have been told to “stop crying “, “be a man”, “suck it up”, “pick yourself up”; we have not been hugged by other men as boys or asked how we are feeling when the going gets rough.

Most of us just do not know how to really be there for a young boy in distress because it was never emulated to us by our fathers and their fathers before them.  And so, we either do not talk to them about their feelings or we actively choke them off, thinking that to be a man one must not show feelings which is synonymous to weakness in many men’s heads.

It is the wrong message and the mistaken support. I thought it was unfair for God to take my father.  Now I am beginning to see what is more unfair – to deny my experience of it.  We men (and women too) need to hear and listen to a freeing message and to receive and give it to each other.  We need to start to change and it starts with each one of us.