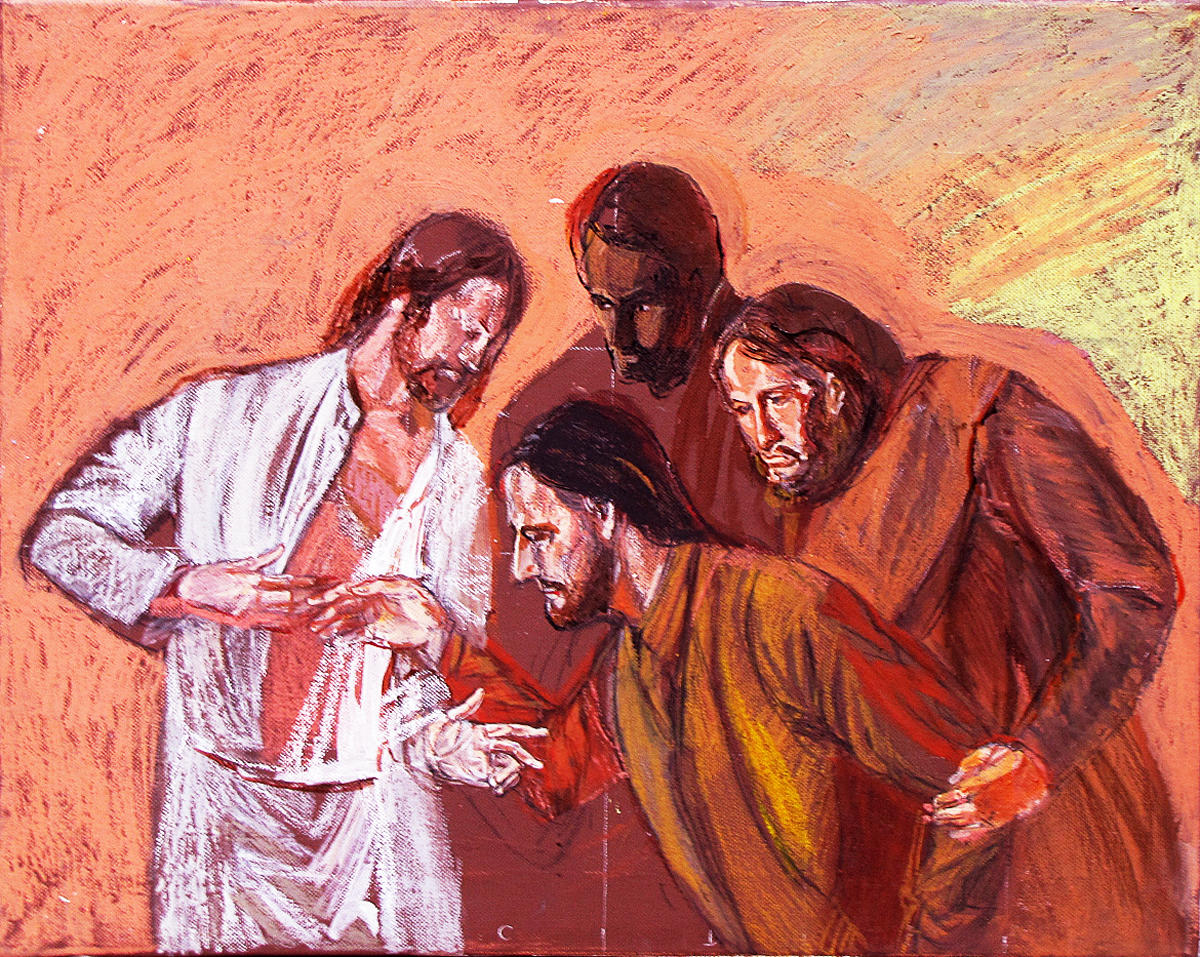 Our reading from the Acts of the Apostles serves as a reminder of the perfection and beauty that is possible for the Church, even if we don’t often get a sense of that through church history. All who believed were together and had all things in common; they would sell their possessions and goods and distribute the proceeds to all, as any had need.

Perhaps the believers were still caught up in the newness and youth of the Christian community. Let us pray that we experience that beauty again.

I explained doubting Thomas on this Sunday last year by using the contemporary notion of the fear of missing out (FOMO). I think that my post was pretty good, so I’ll give you most of it again, especially for the sake of new readers.

Today’s Gospel presents us with the disciples gathered together, all except Thomas. The Risen Lord appeared and promised peace and he showed physical evidence of his crucifixion. Thomas would not believe his companions’ claims that they had seen the Lord. Thomas famously states, Unless I see the mark of the nails in his hands, and put my finger in the mark of the nails and my hand in his side, I will not believe.

The incident gives Thomas the reputation for being a doubter. Which one of us would have a different reaction? Why are we so hard on Thomas? His friends just had an incredible experience and he wasn’t there. He probably pondered the fact that he had stayed home to wash his laundry rather than go to the upper room.

I’m not sure that the other disciples helped matters. They are basically saying, Look, we had this awesome experience. You weren’t with us and now you refuse to believe us. Let go of your pride. Were they rubbing it in? Of course Thomas wanted to be there, sharing in an experience that his friends will speak of for years.

There is a contemporary notion that may help to explain what is going on. The Urban Dictionary explains that FOMO – Fear of Missing Out – is a state of mental or emotional strain caused by the fear of missing out … an omnipresent anxiety brought on by our cognitive ability to recognize potential opportunities.

It also describes FOMO as a form of social anxiety, a compulsive concern that one might miss an opportunity or satisfying event, often aroused by posts seen on social media websites.

Thomas didn’t have the benefit of smart phones and our constant contact with friends, but he seems to have had some apprehension that his friends had a rewarding experience from which he was absent. Typical of FOMO is that Thomas quite possibly regretted not being with his friends the previous week. I

f he had, he could have shared in the amazing experience of the Risen Lord. The proof of the Crucifixion had to get repeated for him alone, but that is definitely not the same thing as being with his friends at the actual moment. He may have had regrets, because things could have been so different. Why did I decide not to go!

FOMO was first identified in the late 1990s and became better known early in this century. It results from our addiction to social media, but we have probably always been somewhat addicted to needing to know what is happening with family and friends, and whether we should change our plans.

FOMO is the fear of not being included. It is fear that others are having a better time – whether experiencing the Risen Lord or attending a party. FOMO is usually associated with Millennials, but we are all susceptible.

I can experience a form of FOMO if I am looking at Facebook or Instagram at a time when I am already feeling isolated or discouraged. Why aren’t I having as much fun? Why am I home alone while everyone is out having fun?

Let’s not be so hard on Thomas! Perhaps he just suffered from a little anxiety and he was envious of his friends.