A PARTRIDGE FOR DINNER 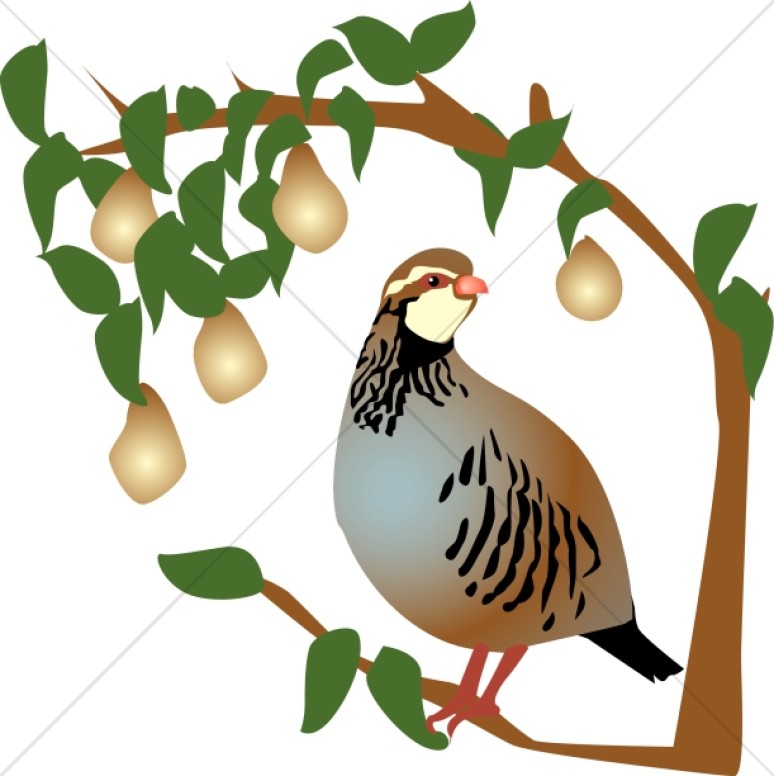 We all know the first line of that famous song: THE TWELVE DAYS OF CHRISTMAS. Yes, it refers to “a partridge in a pear tree”. That was the first gift that a true love gave to his beloved.

Well, I have wonderful memories of many partridges; actually, the proper name is ruffed grouse, and my late husband, Jack Earle, was a very good grouse hunter. In fact, we bought 110 acres in the middle of nowhere in 1996 because this was one of his favourite grouse hunting spots.

He knew the sweet little old lady who lived down the long lane and had asked permission to hunt on her property. When she passed away, he convinced me that this should be our retirement home; a place without power or water, in need of extensive repair, but with plenty of grouse!

We had no pear trees on the property, but an orchard of heritage apple trees in need of pruning. The deer enjoyed coming close every fall to help themselves when the apples dropped.

I am not a gourmet cook but I did learn to cook grouse very well. They are small birds and so Jack would pull out the breast, and I would cover it with a piece of aApple, a little onion powder, a spoonful of butter and salt and pepper. I placed it into a piece of aluminum foil, and would tightly seal the bird’s breast inside. It cooked at 325 degrees in about 90 minutes.

If we were having company and cooking four birds, I would shape the front of the foil as a neck, and fan out the back into a tail, and present it on the plate that way.

Hunting ruffed grouse takes a very careful and patient person; you also need to be a good shot. Jack Earle was all of that and he loved to walk with our spaniel for hours at a time, just enjoying the acreage and the fall air. He had stopped duck hunting and now, looking for grouse was his passion.

I am missing the savoury scent of a grouse in the oven, because Jack died prematurely. I am sure it was one of the happiest days of his life because we had sold our downtown store building, put the money in the bank and it was the first day of the rest of our lives. Our retirement had just begun.

We had been to the laundromat that snowy morning and upon our return, I had seen the shape of a Madonna in the trunk of one of the old apple trees. She appeared to be facing the exact spot where I found my husband’s body on the cold ground a few hours later. He had suffered a fatal heart attack at the age of 61.

It was January 5, and Jack had held his first grandchild, Arianna Joy, just a week earlier on Christmas Day. She was only two months old when he passed away, but looking at the photo of him holding her, brings much consolation to my heart.

I remember on that day he had walked past the Christmas tree which we had chosen from our property, and said: “I forgot to tie it to the wall. I guess it was the perfect tree because it was so straight.”

Jack’s sudden passing was another reminder to many of our friends that we have to live in the present, and that every day that we have together – is a present to us from God.

The Christmas Song reminds me that I miss the partridge (ruffed grouse) dinners, but I especially miss the handsome hunter who provided them.

Such a blessing for me that my true love provided the sweet smell of partridge dinners for over thirty years!

Joan Levy Earle was an author and artist living in Cornwall, Ontario. She was the former Associate Editor of the Canadian Messenger of the Sacred Heart magazine.