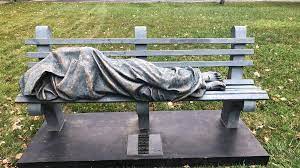 We all have within us the potential to be a Good Samaritan. We occasionally see on conventional or social media about a man or woman who does something extraordinary – possibly dying because of it – because he or she dove into a difficult situation without fear or hesitation.

There is even a federal law here in Canada known as the Good Samaritan Drug Overdose Act, which provides immunity from simple possession charges for those who call 911 in the case of overdose. This is particularly helpful in the opioid crisis, which is claiming the lives of thousands of Canadians. People who witness a crime or dangerous situation and jump in to rescue someone in danger are generally referred to as Good Samaritans.

How often have you read of someone who rushes into a burning house or a fast-moving river, hoping to rescue someone in need? (Recall that a Samaritan was hated by Jews and would have had no expectation of helping our Gospel traveller from Jerusalem to Jericho. We also have the Gospel account of the Samaritan woman at the well.)

Moses certainly didn’t have Jesus’ story of the Good Samaritan in mind when he spoke the words in the Book of Deuteronomy, but his words about the commandments of the Lord are apropos: It is not far away in heaven; neither is it beyond the sea. “No, the word is very near to you; it is in your mouth and in your heart for you to observe.”

Like Jesus’ hero, they are outsiders or bystanders who risk their lives, to jump into a situation which doesn’t necessarily concern their own family or kin. As they say about blood donations, we have it within us to give. We are generally good and compassionate people. Even the most hardened and cold-blooded person has the possibility of having a change of heart, and possibly giving up his or her life for another.

Out of curiosity, I just glanced at a few internet sites dedicated to passing on good-news stories of contemporary Good Samaritans and heroes: