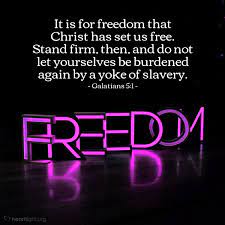 Today’s Gospel excerpt tells us that Jesus resolutely turned his face towards Jerusalem. Recall that Jerusalem represents his crucifixion and death. Jesus is well aware of what is being asked of him. He may not like it, but he knows that it has to happen. Thus he is resolute.

We hear in the suffering servant songs in Isaiah the image of setting one’s face like flint. Today’s passage also has Jesus suggest that same resoluteness to his apostles. He says, “Follow me.” But his followers say, But! Let me go and bury my father first.

Let me say goodbye to my people. Jesus responds that one should move forward. “Once the hand is laid on the plough …” But, but, but. There are always excuses.

Obviously, there are some essentials in preparing to go on a mission. In the reading from 1 Kings, Elijah is asked to anoint Elisha as prophet to succeed Elijah. Perhaps Elijah was thinking of those essentials when he responded to Elisha’s request that he follow him after he had said goodbye to his mother and father. “Go back. For have I done anything to you?”

Elisha went home and had a meal with his people, and then he rose and followed Elijah. I don’t think that Jesus’ way of dealing with those he calls would be really different in practice. He is patient and reasonable in dealing with his followers. Regardless of Jesus’ words, saying farewell or burying loved ones are pretty significant. It would be rude to ignore human decency and civility.

How often do we say that same but when it comes to obeying the Lord or just doing ordinary things in life? It may be due to our habit of procrastination. Or perhaps we feel inadequate because of age or time or energy or a lack of the necessary skills. Perhaps we are lazy or apathetic.

Some of us are overly protective of our time and personal priorities, not wanting to be co-opted by another’s desires for us, even if we have a sense that it is God’s desire for us. There are Old Testament prophets who complained that they were not up to the task. The Lord basically told them to go and do the task.

In this century, our buts would include questions such as, do they have wifi? What kind of Internet reception do they get? What’s the food like? Can they accommodate my dietary needs or preferences? Some of us would have to reflect long and hard on Paul’s reminder from Galatians about freedom.