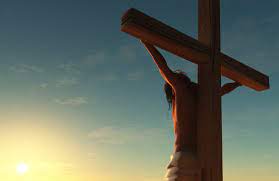 The Jesus of the gospels is the only real historical Jesus” (p. 23).A lot has been written about the historical Jesus, especially by John Dominic Crossan, an American Catholic, and a recognized biblical scholar. He is a co-founder of the Jesus Seminar, which attempted to search the gospels for the authentic words of Jesus. In 1994 he published Jesus: A Revolutionary Biography, in which he clearly spelled out his aim – “to move behind the screen of creedal interpretations and, without in any way denying or negating the validity of faith, give an accurate but impartial account of the  historical Jesus as distinct from the confessional Christ” (p. ix of the Prologue).

To those who say the four canonical gospels should be enough for us, he answers that, when you read them comparatively, “it is disagreement rather than agreement that strikes you most forcibly. And those disagreements stem … from the coherent and consistent theologies of the individual texts. The gospels are, in other words, interpretations” (p. x). Crossan’s desire is to peel away “all those laminated layers of development and interpretation” (p. xiii) in order “to reconstruct the historical Jesus as accurately and honestly as possible” (p. xiv).

If we turn to a similar book, Gerhard Lofink’s Jesus of Nazareth: What He Wanted, Who He Was (2011, English translation 2012), we find a very different approach. The author is a German Catholic biblical scholar. The first chapter of his book is entitled, “The So-Called Historical Jesus.” Without naming Crossan, it is clear that, though he asks some of the same questions about who Jesus was, he rejects Crossan’s methods in trying to answer them.

As for the gospels being interpretations, Lohfink points out that “Jesus was apparently interpreted from the first moment of his appearance and in entirely different ways” (p. 4). We have only to look at Matthew’s Gospel (16:13-16), where Jesus asks,

“Who do people say that the Son of man is?” And they said, “Some say John the Baptist, but others Elijah, and still others Jeremiah or one of the prophets.” He said to them, “But who do you say that I am?” And Simon Peter answered, “You are the Messiah, the Son of the Living God.”

He asks, “In the end, after the removal of all secondary layers, would we arrive at pure facts?” He goes on to ask a further question: “Where is the truth – in the facts or in their interpretation?” (pp. 2-3). And there is a still further question: What is a fact? There are all kinds of events or occurrences in the natural world, but they are not facts unless someone observes and records them. For the observer there is an experience of something happening, and the answer to the question “What happened?” involves interpretation. In other words, there is no such thing as a pure fact free of any interpretation. And when that interpretation is recorded in language for communication to others, still more interpretation is involved.

Lohfink says that the process of interpretation goes further still. “The gospels, after all, are not displaced texts floating somewhere in the air. They are the church’s texts, and their true ‘life situation’ is the liturgy. There they are celebrated as the word of God. There they are proclaimed as Gospel and authentically interpreted” (p. 8). He goes on to speak of “The People of God as Interpretative Community,” not only in the past but also today (p. 14). The whole People of God, that is, the Church, continues to interpret the gospels. Likewise, faith and knowing cannot be separated. Lohfink says, “Faith is true knowledge, true recognition” (p. 21). And so the Jesus of history and the Jesus of faith cannot be separated or opposed. He concludes, “The Jesus of the gospels is the only real historical Jesus” (p. 23).

This very brief summary hardly does justice to Lohfink’s argument, but I hope it encourages you to get hold of his book and at least read its opening chapter for yourself.