My life is an open book? 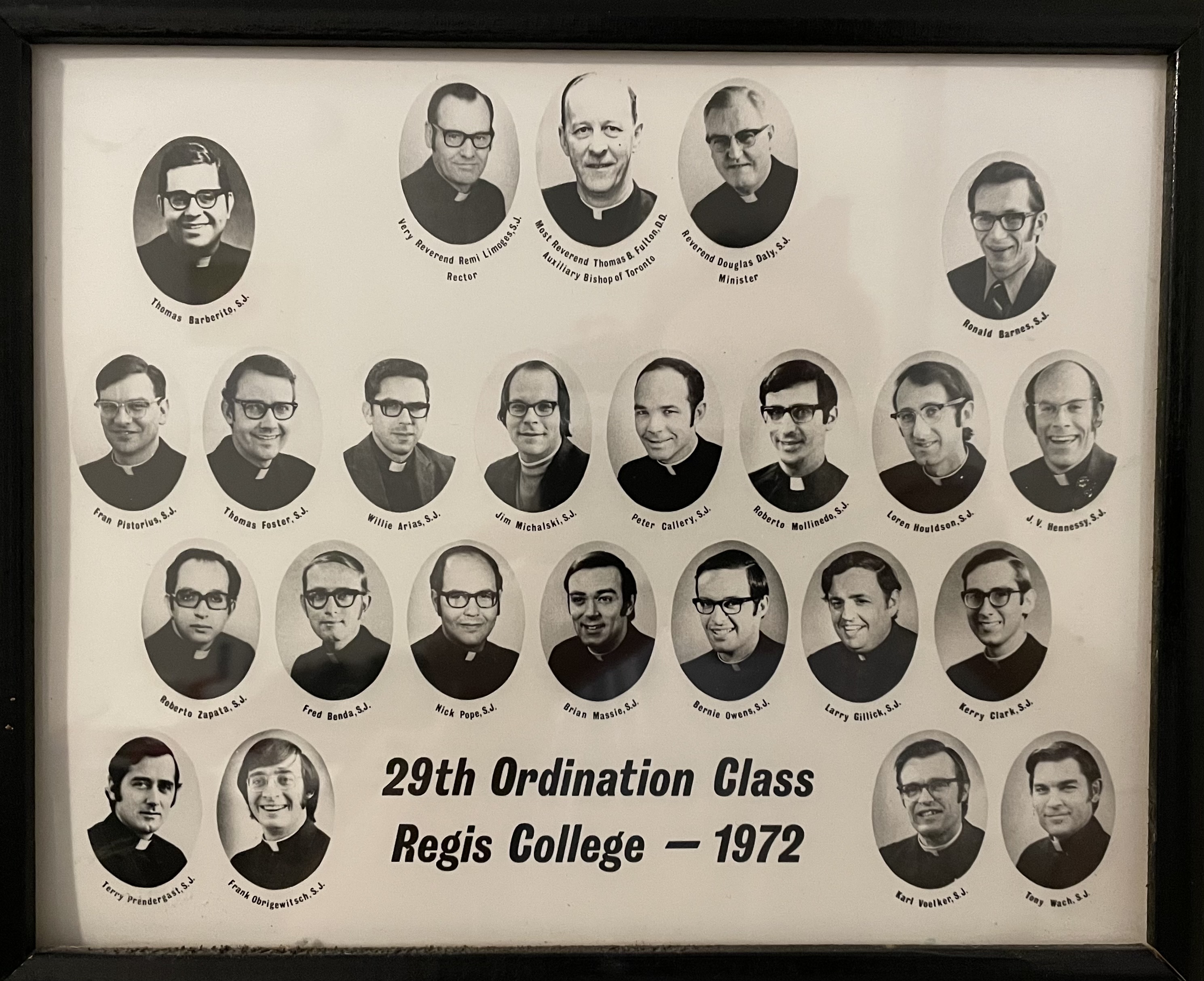 At John Pungente’s invitation I wrote my first posting for IgNation “Winter 2013″.  That began a trickle that eventually turned into the flood of submissions detailing the first six years of my formation as a Jesuit (The Journey: Letters Home, 1961 – 1963 [ my Novitiate Experience in 19 posts]; The Journey Continues: THE JUNIORATE Letters [in16 posts]: Letters Home, 1965 – 1967 [my Philosophy Experience in 14 posts]).

My mother had saved all the letters she received from me through those years.  After dad died in 1996 she returned them to me!  It took me ten years to drum up the courage to read them and three years more to muster the hutzpah to edit them for IgNation.  Since 2013 some of my life has been reflected in poems and prose which periodically appeared in this forum.  But today I am almost surprised to find myself suddenly at this juncture in my life– ordination to the priesthood, fifty years, June 10th.

Fifty years ago 21 of us, Jesuits from Regis College at 3425 Bayview Avenue, Toronto, were ordained as priests.  As one of my friends said, “it is amazing what happens if you keep breathing long enough.”

Some of us haven’t!  I think with gratitude for the lives of  Brian Massie, Ron Barnes, JV Hennesy, Tom Barbarito, and Fran Pistorius.  Some others I’ve lost track of.

However, five of us will meet in Toronto in mid June to mark this milestone we share in our lives: Fred Benda, Bernie Owens, Terry Prendergast, Larry Gillick and me.  I look forward to that.  Unfortunately Nick Pope, Peter Callery, and Tony Wach had to send regrets. We’ll miss them.

It will be a worthwhile and pleasurable venture to Toronto, though a little challenging.  I rarely have seen these men since 1972.  Bernie Owens, never. I am not sure what it will be like to meet one another in our waning years.  I remember them as young men!

No doubt it will be curious for them to meet the elder me too!  Each has been sent to various ministries through these fifty years.  Each touched the lives of thousands of individuals in their ministries and in the sacraments.   It boggles my mind to think that each has probably offered over 18,000 Masses!

I  don’t quite know how to take all this yet.  There are celebrations in my parish and in my Jesuit community.  My family will also celebrate with me particularly on August 14th when I will offer Mass at the Grotto of Mary of Lourdes at St Pete’s Parish in Saskatchewan, the locale of my first Mass there in 1972.

Wonder is what marks my heart at this time, wonder that the path I embarked on in my youth has brought me thus far.  I know it’s been grace and God’s love that forged this journey and maintained me on it.    While there may not be much more journeying to be had, what there is, I will joyfully count as a continued blessing.

My life is an open book?   While there may not be much more journeying to be had, what there is, I will joyfully count as a continued blessing.