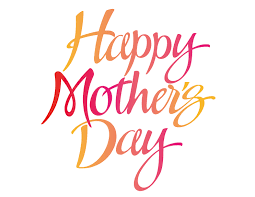 What a day! We celebrate and acknowledge a few things today – It is the Fourth Sunday of Easter. It is World Day of Prayer for Vocations (thus the Gospel excerpt from the Good Shepherd). And we celebrate Mother’s Day! The prophet Isaiah asks, “Can a mother forget the baby at her breast?” In a similar way, most of us probably state, “Can a child forget its mother?”

Like many others, I would say that my closest friend was my mother. She died a few years ago, just short of turning 90, but I grieve her still on most days, still thinking of something that she would be curious about.

A mother’s vocation never ends. I’m absolutely certain that there are elderly mothers who still worry about their children. There are worrying mothers who lie awake at night. A personal memory that I have shared before: About twenty years ago, I woke up after a lengthy surgery for a brain tumour. There was a person sitting in a chair at the foot of my bed in the hospital room. She was there almost whenever I opened my eyes for the next several days. It was my mother.

At some point I think I suggested that she could take more breaks. I remember her stressing that it was a mother’s vocation to be there for her child in need, even if that child was 45 years of age at that point (September of 2002). I’m told that the heavy drugs made me impatient and rude. Yet, my mother never complained about my attitude. Most mothers are like that. They do not use the language of vocation. They live vocation!

Scripture offers many comparisons between God’s love and a mother’s love. Isaiah probably says it best in comparing a mother’s love to God’s love. “Can a mother forget …” We hear in the Gospel that Mary pondered her son, Jesus. That pondering isn’t that different from the pondering and worrying that any mother has about her child. “What will become of my child? How will he turn out? Will she be healthy and happy?”

And that pondering never really disappears. It’s not as if our mothers raise us and then abandon us! Even in our adulthood, our mothers are concerned about us. They are there for the child who needs them most, especially in a time of crisis – be it health, finances, legal or moral concerns.

There are some strong scriptural mothers besides Mary. Eve, no doubt, suffered terrible grief because one of her sons murdered the other. Sarah came to motherhood late in life. Rebekah shows us that mothers sometimes have to be assertive and take matters into their own hands.

There are many other illustrations of the reality that mothers have to be prepared for all kinds of situations, both pleasant and painful. Scripture shows that they usually rise to the occasion.

Popular thoughts about Mother’s Day range from the saccharine to the profound. One of the drawbacks to having a day dedicated to mothers is that we too often focus on them on that single day and take them for granted for the rest of the year.

Most mothers are probably too practical to want every day to be Mother’s Day, but it’s not a bad idea to give them extra attention more often. Happy Mother’s Day!