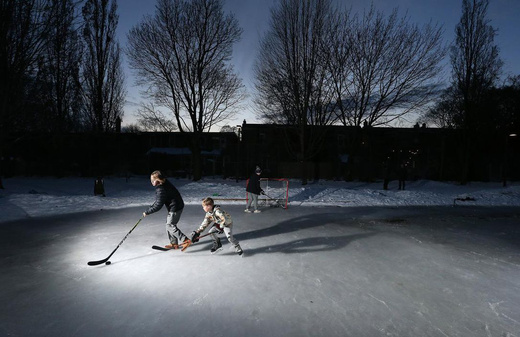 While Knowing our Sin We hear significant words from Jesus in today’s Gospel account of the woman caught in adultery: Let anyone among you who is without sin be the first to throw a stone at her. The scribes and Pharisees left, one by one. Jesus asked where the judgers were. Ah! They all recognized their own imperfections and sins. They all left.

Jesus was patient as he wrote in the sand. He finally asked the woman where the condemners were. They seem to have shuffled off, realizing their own sins and reasons to let go of judgment. Jesus reminded the woman that he was not condemning her. Go your way, and from now on do not sin again.

I am personally aware of this Gospel account whenever I hear confessions and offer the Sacrament of Reconciliation. How can I refuse to absolve? How can I or the Church judge what has been offered in the Sacrament! We are aware of the sinfulness of every Christian. It’s in our genes. It’s who we are.God’s s loving mercy is also part of who we are.

The second reading for the Fifth Sunday of Lent is from Saint Paul’s Letter to the Philippians. It is quintessential Paul. He repeats some of the themes that he covers in other letters. Philippians 3:8-14 is one of my favourites from Saint Paul. Paul reminds us about the wisdom of, forgetting what lies behind and straining forward to what lies ahead.

We know about Paul’s conversion on the road to Damascus. If someone so focused on persecuting Christianity could abandon his ways, the path of change/conversion is open to any of us.

There are are terrorists and rebels throughout the world who are active in their opposition to Christianity. It is an almost daily occurrence for us to hear about people being persecuted or executed simply because of their faith in Christ. We have to believe that anyone could let go of his ways and experience a change of heart. In our culture we are more likely to encounter individuals who are not so active in persecution, but, rather, are indifferent to Christianity. Their conversions are more likely

They could experience a change of heart because of an illness, an encounter with someone close to them, falling in love with a person of faith, becoming a parent and being softened by the experience, encountering a major world event (even COVID) or reading a book which makes them think in a whole new and unexpected way.

The reading from Philippians is strong on Paul’s rootedness in Christ. I regard everything as loss because of the surpassing value of knowing Christ Jesus my Lord. He goes on, I want to know Christ and the power of his resurrection and the sharing of his sufferings by becoming like him in his death. He reminds his readers that he was once solidly rooted in the law. Now he is rooted in the person of Christ. Perfection and righteousness aren’t as easily attained in this new life as they weLike many of us, I desire perfection in my life. But I know that I can’t achieve it. There is always something that keeps me imperfect. That’s okay

That’s the only thing that can keep me dependant on God. But I can strive for a more perfect life. So, I decide over and over again that starting tomorrow I’ll lead a perfect life. I’ll eat just the right things. I’ll be better organized. I’ll be a nicer person. I won’t lie. I’ll be a kinder and more compassionate person. I’ll really listen to the other person. I’ll exercise more. I’ll quit drinking.

But that tomorrow is elusive. Okay then, I’ll start on New Years Day. Or I’ll definitely start on Ash Wednesday. I may fail over and over, but it is essential that I not abandon the striving. Paul had the self-knowledge to be ?  Paul says, Straining forward to what lies ahead, I press on toward the goal for the prize of the heavenly call of Gud.