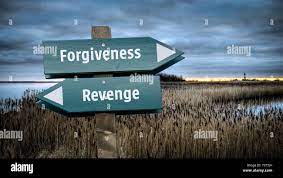 The Gospel today calls us to forgive our enemies. The words of Jesus are always good for us to heed. They are so well known that there can be a temptation to skip over them, with a cursory agreement that they are important. We all agree, yes, I should be better at that – more forgiving, less judgemental, and so on.

More than the teaching of Jesus, I’m more struck by the actions that we see in the reading from 1 Samuel. The actions of David give an illustration of Jesus’ suggestion of turning the other cheek, of being forgiving.

Our reading recounts part of the story of David and Saul. One of the great stories of scripture! Saul had a history of jealousy toward David and seemed to always keep an eye on him. He treated David very badly on many occasions and in many ways. Saul feared David because he saw that God was with David in evident ways. Saul tried to kill David numerous times, but David never retaliated by trying to kill King Saul.

This passage today shows the second opportunity that David has to kill Saul. The first opportunity is a few chapters earlier. In today’s excerpt, David and his men approach Saul’s encampment by night. Saul is asleep with his spear in the ground next to him, quite vulnerable.

David’s trusted assistant says to David, “God has given your enemy into your hand today” and he offers to kill Saul. But David says, “Do not destroy him; for who can raise his hand against the Lord’s anointed, and be guiltless?”

David took the spear and water bottle and left without disturbing Saul or his army. Once he was away, but within shouting distance, he showed the spear to Saul, as evidence of how close he was overnight to an unprotected Saul, a man whom he had every reason to hate. He said, “The Lord gave you into my hand today, but I would not raise my hand against the Lord’s anointed. As your life was precious today in my sight, so may my life be precious in the sight of the Lord.”

Saul recognized the integrity of David, “Blessed be you, my son David! You will do many things and will succeed in them.” Left out of the excerpt is Saul’s apology in verse 21: I have done wrong! Come back, my son David; I shall never harm you again. Is it really an apology, or is it a bitter realization that David has got the better of him. It lacks the emotion and feeling of his apology the first time that David spared his life. He knows that he has lost.

The words of Jesus in the Gospel today encourage mercy and forgiveness. David showed those qualities to a man – Saul – who wanted him dead. It is so tempting at times to take revenge on someone who rubs us the wrong way. Forget death! Who of us does not recognize that temptation! Many of us lie awake at night plotting our revenge for those who have wronged us, looking for the most evil and deceitful way of seeking revenge. Perhaps Jesus and David show us a way forward. Forgiveness and moving on!