Welcome To My Neighbourhood 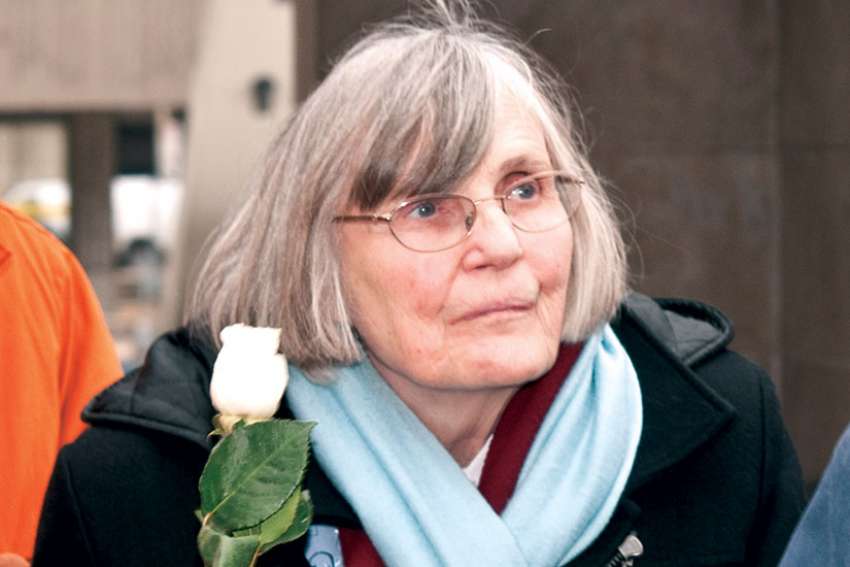 One morning twenty years ago walking up Bay Street approaching Bloor in Toronto, I spotted a man lying in the snow. Moving closer I saw Sister Susan Moran kneeling beside him on the icy sidewalk. It was an exceptionally bitter cold winter morning. When I passed I could hear Susan asking how she could help.

Upon witnessing this beautiful work of mercy, I could feel tears forming. My thoughts ranged from, 1) look at what she’s able to do while I am pre-occupied with the cold wind on my face, to 2) how did this unfortunate soul end up on the street? I sometimes reflect on Susan’s witness that day when I meet homeless people.

Since we live downtown, there are a variety of homeless people obviously distressed, and sometimes acting out in anger. Frequently I hear a voice screaming profanities, often in a violent psychotic state. Most of the time I’m not frightened, but I have learned to be cautious not to inflame the person with a response which could escalate an already negative experience for both of us.

Rather than judging them with thoughts of why don’t they take their psychiatric medication, or why do they have to be there when I’m just walking down my street, I have lately adopted a new response; I pray for them. My prayer goes something like, “Lord Jesus, help this person, may they receive housing and social supports.” Also, I always say, “Lord, Jesus have mercy on me for I am a sinful man.”

When I pray for them critical judgement ceases, gratitude to God increases, and fear is dispelled. When they are not yelling angrily I have brought food to some beggars, and invited others to join me at a local coffee shop.

As a retired social worker who has an interest in marginalized persons I witness deficient government action to create appropriate social housing in Canada’s largest city. There’s money for C35 fighter jets which cost millions, but when it comes to looking after some of the neediest human beings, it’s always an uphill advocacy process to deal with our homeless brothers and sisters.

Susan Moran’s kneeling in the frosty bitter ice points the way to the Jesus hidden in our midst. She was a member of Our Lady’s Missionaries and received the Order of Canada in 2006 for her work with the homeless. She entered eternal life in 2017.

Lord, show me what you want me to do.