St. Blaise and The Blessing of Throats 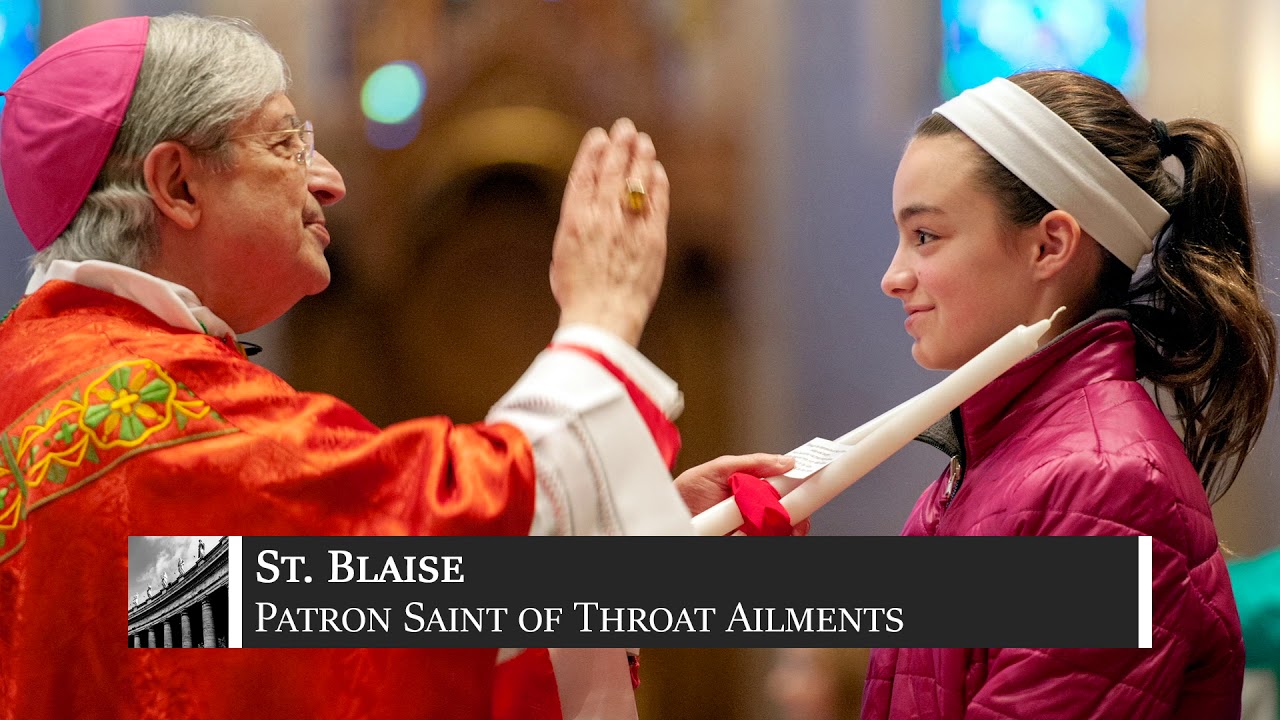 Before delving into this account of St. Blaise, I want to acknowledge that today is the 100th birthday of the Pickering Jesuits’ own Blaise. Fr. Balazs Jaschko is a Hungarian Jesuit who was for many years the pastor of St. Elizabeth of Hungary Parish in Toronto. Fr. Blaise is in good health. Congratulations. We are grateful for his life.

On February 3, the Church commemorates St. Blaise, a fourth century physician and bishop in Armenia. We know about Blaise mostly because he is the saint invoked in the blessing of throats that takes place in many parish communities. He is worth invoking, especially in cold and flu season, not to mention in this continuing time of COVID.

We know more about the widespread devotion to St. Blaise by Christians around the world than we know about the saint himself. There are conflicting versions of stories about his powers to heal.

Blaise, who had studied philosophy in his youth, was a doctor in Sebaste in Armenia, the city of his birth. He is supposed to have exercised his art with miraculous ability and piety. When the bishop of the city died, Blaise was chosen to succeed him, with the acclamation of all the people. His holiness was manifest through many miracles.

From all around, people came to him to find cures for their spirit and their body. It’s said that even wild animals came in herds to receive his blessing. In 316, Agricola, the governor of Cappadocia and of Lesser Armenia arrived in Sebaste at the order of the emperor to kill the Christians.

He arrested Blaise. As he was being led to prison, a mother set her only son, choking to death of a fish-bone, at his feet. Touched at her grief, he offered up his prayers, and the child was cured straight away. Regardless, the governor, unable to make Blaise renounce his faith, beat him with a stick, ripped his flesh with iron combs, and beheaded him. Consequently, Saint Blaise is invoked for protection against injuries and illnesses of the throat.

Another story has it that as the governor’s hunters led Blaise back to Sebaste, on the way, they met a poor woman whose pig had been seized by a wolf. At the command of Blaise, the wolf restored the pig to its owner, alive and unhurt.

When he had reached the capital and was in prison awaiting execution, the old woman whose pig he had saved came to see him, bringing two fine wax candles to dispel the gloom of his dark cell.

In many places on the day of his feast the blessing of St. Blaise is given: two candles are blessed, but not lit. The priest holds them in a crossed position over the heads of the faithful or on the throat, while giving this blessing:

“Through the intercession of Saint Blaise, bishop and martyr, may God deliver you from every disease of the throat and from every other illness. In the name of the Father and of the Son, and of the Holy Spirit.”

In iconography, Blaise is represented holding two crossed candles in his hand or in a cave surrounded by wild beasts. I’m sure that the prayers to St. Blaise do help. However, just in case, I will still get my flu shot each October and resort to throat lozenges and vitamin C if my throat is bothering me.