In the face of tragedy, how do we define solidarity with Haiti? 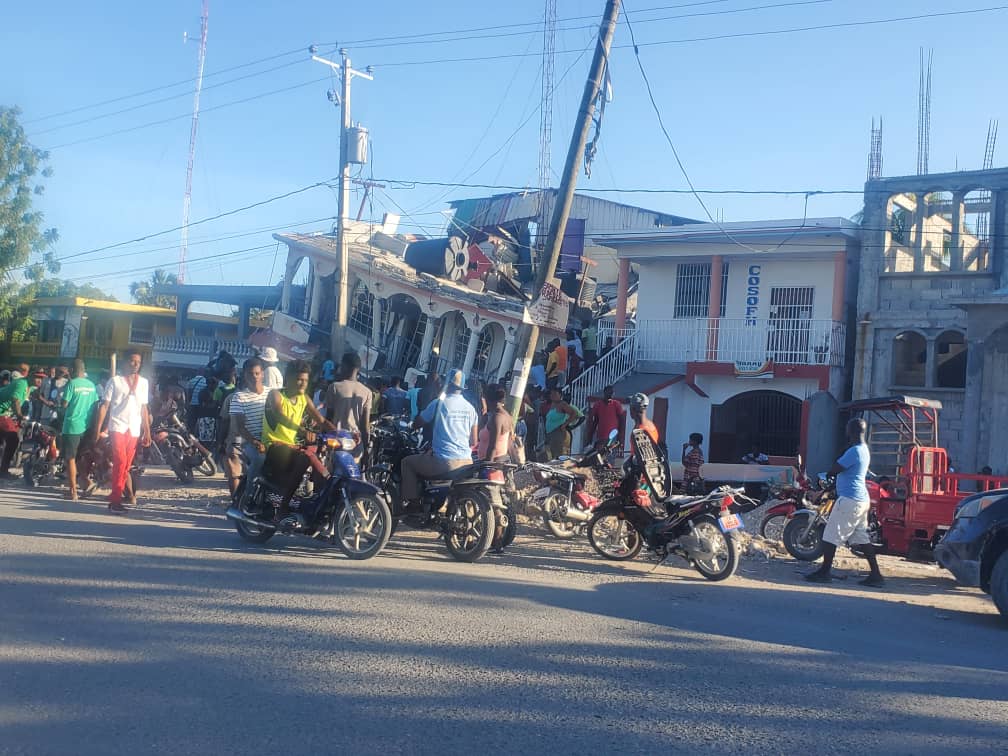 In the face of tragedy, how do we define solidarity with Haiti?

“Solidarity in a COVID-19 world” is the theme of Canadian Jesuits International’s (CJI) 2021 Fall campaign. CJI has launched this campaign to support its Jesuit partners in Africa, Asia and Latin America who accompany poor and marginalized communities and to foster just relations between the Global North and South.​ This is the last of a series of three blogs submitted by CJI and its overseas partners to explore this theme. To learn more, please visit: canadianjesuitsinternational.ca.

The challenges that the people of Haiti are experiencing today raises serious ethical questions and provokes strong emotions: anger, compassion, astonishment and weariness! How has it come to this? Who is responsible? How can we help them finally get out of this quagmire? From the perspective of the Jesuits of Haiti, it is not about looking for scapegoats nor is it about lamenting or pitying their fate. Instead, we should look at the current situation in Haiti with boldness and ask ourselves, what are its root causes? Let us also critically examine how we show solidarity; to discover new ways that better reflect our human and Christian convictions.

In recent reports, the Jesuits of Haiti have developed a deep and bold analysis of the current Haitian crisis and raised the alarm with local and international stakeholders. The issue goes beyond addressing temporary problems linked to an international health crisis or to globalization, but it is about the very survival of the people of Haiti. It is about a crisis that threatens the foundations of society and in which the vital sectors of the nation are being seriously undermined. The main economic and social indicators are alarming. In addition, COVID-19, successive natural disasters, the violence of armed groups and the assassination of the President of the Republic further exacerbate an already deep crisis. 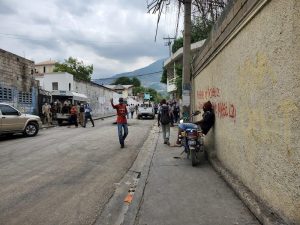 Today, Haiti is facing a real humanitarian disaster where a majority of the population is deprived of the most basic social services. A new issue has also developed in the last four years: the proliferation of armed gangs in the capital, Port-au-Prince, some provincial towns and the countryside. These gangs are part of a strategy used by political leaders to contain popular revolts in poor urban neighbourhoods and to control sectors of the urban and rural electorate. They also serve as militias for big businesses and industrialists to protect their commercial interests and their grand villas. The proliferation of armed gangs paralyses a large part of the country, endangers the security of the population and accelerates the collapse of the state.

Forcible displacement of people within Haiti and beyond its borders is also increasing at an alarming rate. This has been the case for several years now and the increased presence of Haitians in other countries is becoming a matter of great concern and often leads to conflicts with countries in the region. This is illustrated by the tension between the Dominican Republic and Haiti and the inhumane measures taken by President Luis Abinader against Haitian nationals, such as limiting access to public hospitals for illegal immigrants and reviewing the visa status of students.

The failure of traditional forms of international solidarity

This “descent into hell” is taking place under the eyes of diplomatic representatives of other countries which have been accredited by the Haitian government. While saying they are “friends of Haiti”, they often interfere directly and publicly in the country’s political and economic issues, in defiance of the norms established by the Vienna Convention. Classified as a failed state by the United Nations, Haiti is no longer entitled to loans but does receive grants, which remain far below the country’s immense needs. They are often managed by foreign governments’ own agencies and are more in line with their political and commercial interests than those of the Haitian people. The projects are designed and implemented by highly paid foreign professionals and are not part of an overall national development strategy. There is reason to speak of the failure of public international aid in Haiti. This failure cannot be attributed to national stakeholders alone.

Moreover, for some years now, Haiti has been known as the “Republic of NGOs.” A multitude of non-governmental organizations are active on the ground in almost every field: health, education, environment, housing, solidarity economy, etc. Their efforts to help Haitians are certainly praiseworthy. They provide palliative care to much suffering. Some even manage to help Haitian civil society to organize itself, to create and strengthen networks, etc. This is beneficial for the growth of the country and democracy. However, the structural problems of Haitian society remain unresolved and are getting worse every day. NGOs act in isolation, outside any global development framework and remain more attached to their institutional objectives than to the real needs of the people of Haiti.

Towards new forms of solidarity

True solidarity with Haiti requires a serious re-examination of the traditional forms of international cooperation; it is an invitation to Haitians to renounce a culture of dependence, to regain confidence in themselves and to heed lessons from their history. As a senior official from a powerful embassy in Port-au-Prince so sincerely put it, “international aid has never developed any country.” Governments always put their own interests first. It is up to Haitians to defend their own interests and be the architects of their own development. The situation in Haiti puts all concerned parties under a moral obligation to rethink the traditional methods of public institutions in promoting international cooperation; these are often detrimental to national development. They also need to reorient private organizations to steer international solidarity towards strengthening local leadership, directly addressing the structural causes of the problems. This call for a paradigm shift is a difficult but necessary one.

Kawas François SJ is the Executive Director of CERFAS Haiti, a social apostolate of the Society of Jesus. They serve poor and marginalized people of Haiti.