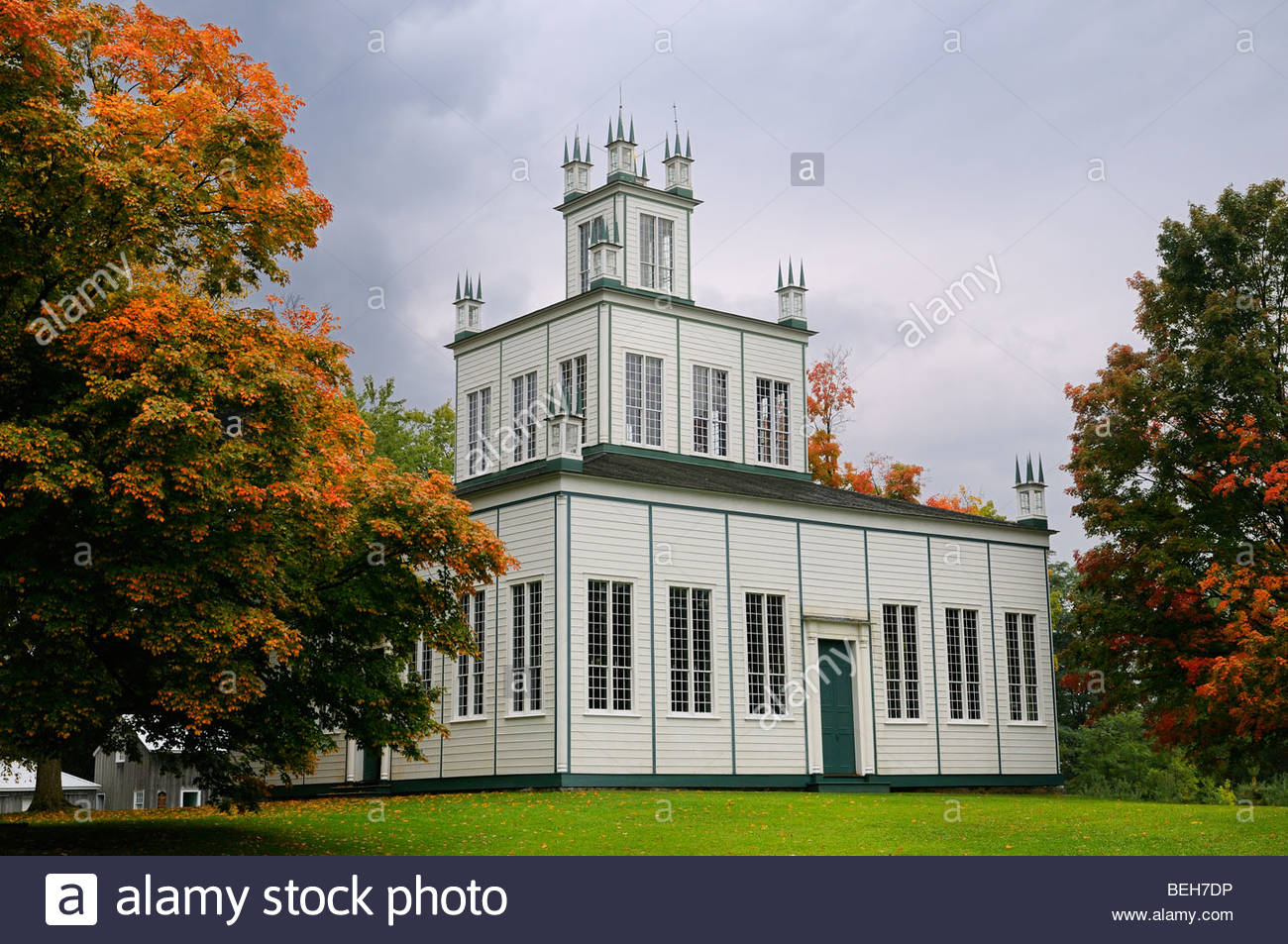 “You are about to enter a building calculated to inspire the beholder with astonishment.” William Lyon Mackenzie, 1830

On October 9th, I spent a delightful, if a little soggy, day with my sister, Louise Rickenbacker, and her daughter, Ann, exploring the Sharon Temple Historic Site and Museum.  The temple stands as a monument to peace and reconciliation between Christian sects.

After the American War of Independence, many British settlers moved from the north-eastern states to Canada.  Among them was a small group, under the leadership of David Willson, who separated themselves from the Quakers, to form the Children of Peace.  Among them was Ebenezar Doan, a master builder, who between 1825 and 1832 built the temple.

The Children of Peace try to live up to the four virtues of Faith, Hope, Love, and Charity.  The temple’s design reflects the challenge of living these virtues. A steep staircase leads to the upper floor, from which musicians provided sacred music and hymns from above.  Twelve lanterns remind us of the apostles.  Four pillars, named after the four Evangelists, support the central balcony. Suspended on the central roof, a golden sphere symbolizes the community’s prayers for world peace.  In the early 19th century temple worshipers gathered for regular prayer fifteen times a year.

Music was an integral part of their worship, as was the lighting of candles.  Members generously offered donations to care for the needs of poor members and for education.

The revolution of the mid-19th century, both in the American colonies and in Upper and Lower Canada, was a challenge to the Children’s efforts to bring both justice and peace to the colonies.  How does one promote justice while remaining peaceful?  The revolution eventually led to the formation of the United States and of Canada, but only after peaceful resistance descended into armed revolt.

The Children of Peace faded away and so the temple fell towards ruin.  The York Pioneer and Historical Society came to the rescue in 1916, and restored the temple, which opened as a museum in 1918.

In the 1990’s the ownership and operation of the site fell to the newly formed Sharon Temple Museum Society.  We can now hope that this site will continue to serve as a catalyst to bring continuous peace between all Canadians through mutual Faith, Hope, Love, and Charity.