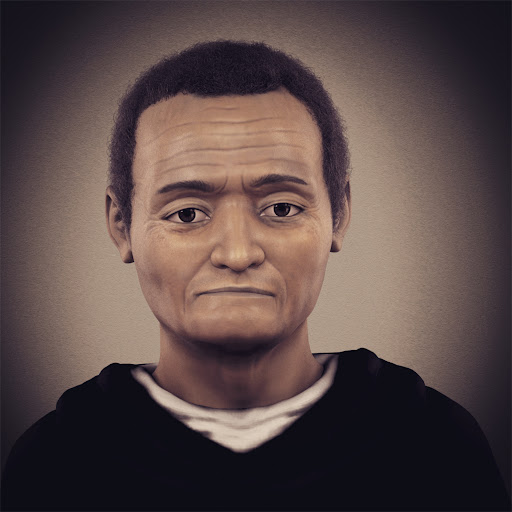 One of my favourite saints is St Martin de Porres.  I would even go so far as to say that Martin is my dear friend.

Martin was a humble lay brother in the Order of St Dominic in sixteen century Lima Peru. He was the illegitimate son of a Spanish nobleman and a freed slave of African and native descent Ana Velazquez.  After the birth two years later of his sister Juana the father a Spanish nobleman abandoned the family.

Ana supported her children by taking in laundry.  So Martin grew up in poverty and when his mother could no longer support him he was sent to a primary school for two years.  He was then placed with a barber/surgeon to learn the medical arts, skills that served him well when he was finally accepted into the order.  Because of his racial heritage Peruvian law at the time banned his entry into religious community.

He was 34 when the superior disregarding the law welcomed him into the community.  In the beginning some of the priests treated him with disdain to which he only responded with love.  He was blessed with a deep love for all people but especially for the poor.  He also loved animals and they trusted in him.  Apparently in his presence a dog, cat, a mouse and a bird were all eating together from the same dish.

He also planted fruit trees on the hillsides so that the poor would have their nourishment.  All this flowed from his passionate love for God.  He would spend many hours of the night in prayer.  Sometimes the room where he was praying became full of light.  Would that Martin would help me to at least stay awake during my times of prayer.

I suppose some of my love for Martin comes from the fact that I too am of mixed race.  My dad in his early twenties emigrated from Jamaica and like most Jamaicans is a mixture of several races.  My maternal grandmother was from Northern Ireland and her husband was African/American.

In any case when I feel the need of some special grace Martin always comes through.   There is a story that once Martin and a group of novices had gone on a long walk.  On the way back towards the monastery as night was falling they realized they were going to be very late for evening prayers which was no small issue in this strict monastery.  Miraculously they were home with time to spare.

So sometimes when I’m driving somewhere important and running late I ask Martin to get me there safely and on time and he usually does, but don’t ask me how.

One November evening there was a sudden snow squall just as I was driving into a long curve down to a busy highway.  It looked for certain that the car was going to crash sliding backwards against the concrete guard rail.  Spontaneously and to my own surprise I cried out “Martin de Porres”.  The car stopped within inches of the concrete.  I managed to get turned around and a bit shaken drove down and eased into the flowing traffic thanking Martin as I continued on my way.

I could go on with other stories of Martin’s care and protection of me, however little things that are important to me would likely seem trivial to others.   What I want to say is that over the years Martin de Porres and I have become good friends.  As he loved people of all levels of society and all walks of life I am sure that he loves me just the way I am and that he can help me to be more loving.