STRANGERS IN A STRANGE LAND – CANADA: A COLONIAL-SETTLER STATE 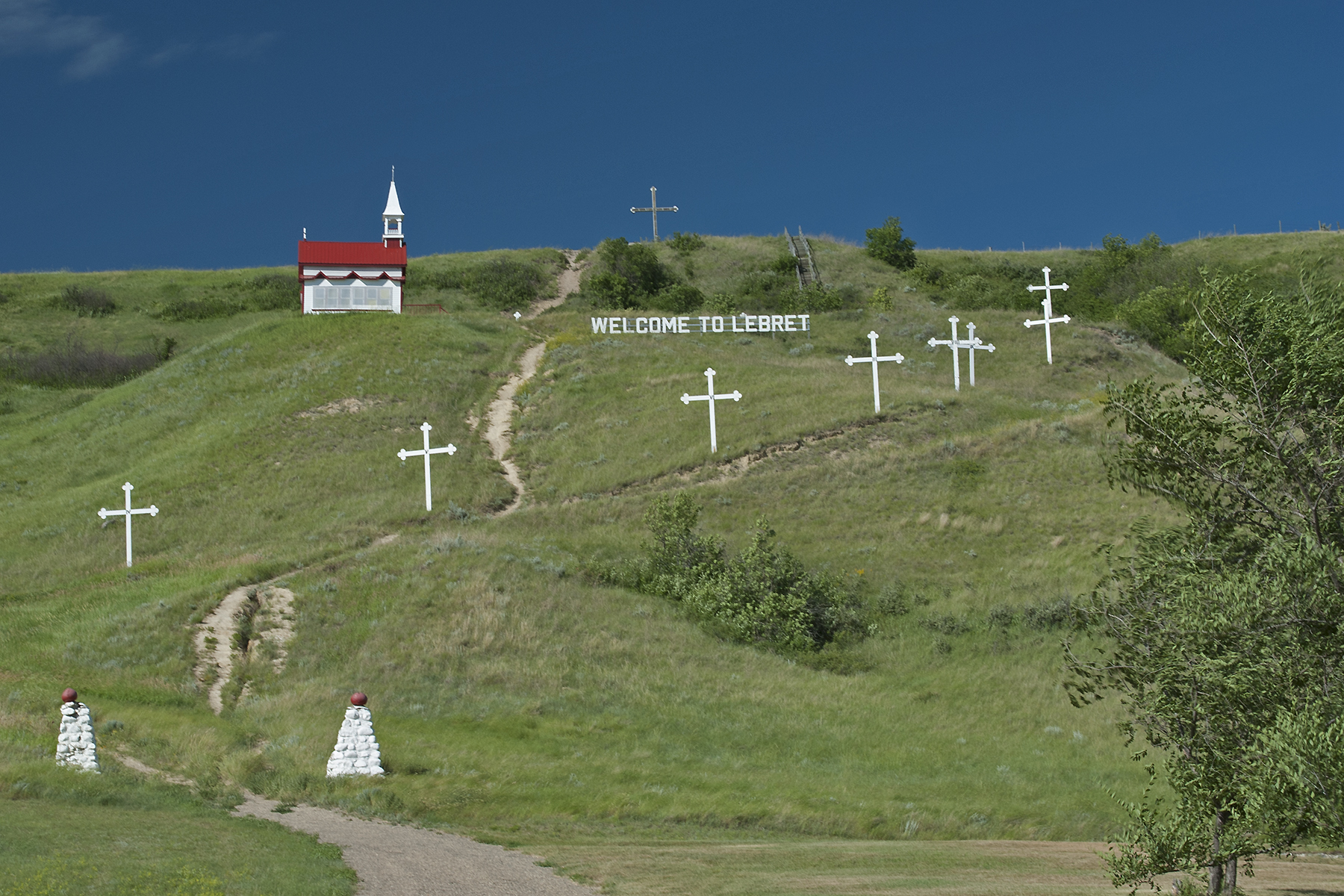 In the summer of 1984, I spent forty days in the Holy Land. Israel had just invaded southern Lebanon two years earlier, and would remain in there for seventeen years. I got to experience at first hand what Palestinians endure every day while living in an occupied country. Shortly afterward, I read the work of a French-Jewish author, Maxime Rodinson, Israel, a Colonial-Setter State? (English translation,1973).

It opened my eyes to understand more fully not only what I had experienced during my brief stay in Israel, but also to appreciate the reality of my own country, Canada, as a colonial-settler state. While there is no heavy and oppressive military presence in Canada, as there is in Israel, we should not forget that the Northwest Mounted Police (now known as the Royal Canadian Mounted Police) were a paramilitary force established to control our Indigenous peoples, as they still do today.

During the great depression of the 1930’s, when many people were literally out on the roads looking for work and begging for bread, our Jesuit Province (of Upper Canada, as it was then known) decided not to send novices out on pilgrimage, but instead to have them spend a month at the Shrine of the North American Jesuit Martyrs in Midland, Ontario.

This was still the practice when I was a novice from 1958-60. It was no substitute for a pilgrimage, but it did help me to get in touch with a neglected and distorted part of Canada’s history: our relations with the First Nations or Indigenous Peoples of our country. For them Jean de Brébeuf and the other Jesuits who lived at Sainte Marie in Midland had come from France to bring the Gospel of Jesus Christ. For them they wrote hymns in the Huron language and compiled dictionaries and trained converts as catechists.

When the pilgrimage experience was restored in the 1970’s, I heard many inspiring stories of what younger Jesuits had lived during their experience. Later, with a year’s sabbatical from teaching at Saint Paul’s High School in Winnipeg, I got permission to make a pilgrimage of my own, and so I went to israel, not to study the geography of the holy sites or to explore the ancient ruins of churches, but to pray, to make the Spiritual Exercises a third time, and to know a little of what it is to be a stranger in a strange land (Exodus 2:22, the Authorized or King James’ Version).

On returning from the Holy Land, it was during Pope John-Paul’s visit to Winnipeg that I met an Oblate missionary, Father Pietro Bignami. He invited me to join him at Cross Lake, north of Thompson Manitoba, and so I did, from September to mid-December. During this time our Jesuit province was sending some of us to Jamaica for what was called a “Third-World Experience.” I felt that we had a Third World right here in Canada among our Indigenous People. I wanted to experience that world if I possibly could.

And so once again I was a stranger, not in a foreign land but in my own land. Here I could live with people who, like Palestinian refugees, had been displaced from their ancient homes, and who, like the Palestinians, felt not that the land belonged to them but that they belonged to the land.

While at Cross lake, I went with Fr. Bignami on his rounds to various mission stations and I took over the parish while he was away for two weeks. There were several funerals, and the wakes drew relatives from across the area, as well as Indigenous clergy from the Anglican, Lutheran, Pentecostal, and Presbyterian denominations, some of whom might suddenly read a passage from the Bible and preach a sermon, as the Spirit moved them.

During every wake many familiar hymns would be sung in Cree, food was passed around, and people spontaneously rose and shared their memories of the deceased. The funeral Mass was celebrated with much incense, and the grave was blessed with lots of holy water and prayers to ensure not only that the body was laid to rest, but also that no ghost or spirit would return to disturb those left behind. This was always a fear in the community, and I heard many stories of people being visited by the dead.

During the day we dropped in at the old folks’ home, or went to see those who were alone and lonely, or talked with some of the catechists who were teaching children the faith. In every house the television set seemed never to be turned off. There was a new TV post that brought in programming from Thompson including movies that many had a hard time distinguishing from reality. In the evenings some of the younger teens would come over to the rectory to play guitar and sing.

They loved to use the bathroom and to flush the toilet: they had never seen one before and found it fascinating. None of the houses had running water. Instead each had a large open tank that was filled once a week by a tanker-truck. Everyone in the family would scoop water out of the tank and drink from the same ladle.

As for the girls, it seemed to be taken for granted that they would sooner or later get pregnant, and that a girl’s baby would be raised by the girl’s mother. There were often three or more generations living together in a small house, and this sometimes made for confusion:  one young boy had difficulty knowing whether to call a relative his uncle or his brother.

The Hudson’s Bay store was really a small supermarket. People shopped there for produce flown in from Winnipeg, and so everything was very expensive. The reserve was a dry one – no alcohol was permitted. While at Cross Lake, however, I read a brief history of the Hudson’s Bay Company which told of how alcohol had been used in the fur trade. The Swampy Cree, or Muskegos, as they were called, would spend the long, cold winters living in shelters or shacks while working their trap lines. In the spring they would travel by canoe with their furs and beaver pelts downriver to James Bay.

The Hudson Bay factor would greet each with a tumbler of brandy, which they drank straight down, and then with a second, half cut with water. Dazed by alcohol, they were soon addicted. Their furs were exchanged for money which, over the course of the summer, was all spent on brandy, while they feasted and danced, and sang and drank all night. Then, with their money gone, they made their way back upriver in the fall to begin the whole process all over again. It should not surprise us that there is so much alcoholism among our Indigenous People. Today the Hudson Bay Company is not much loved in the North because of the way it took advantage of trappers in exchange for their furs.

Cross Lake now has a school that includes elementary and secondary levels, and many of the teachers are themselves Indigenous and teach in Cree as well as English. When I was there, this school was just being built. Prior to it there was only an elementary school. Those who wanted more schooling had to go to Thompson, where they lived in apartment blocks without much supervision. Many soon returned to the reserve. It was not surprising that most of the kids had little schooling and could barely speak English.

That they should learn to speak English seemed like a good idea, but our country is only now beginning to face the reality of the residential schools that were set up in the nineteenth century by the federal government to assimilate Indigenous children, who were forcibly taken from their families. The various Christian churches saw this as an opportunity to inculcate these children with the faith, and so they willingly became part of the government’s scheme. For a brief while the Jesuits had a high school at Spanish in northern Ontario, while the Oblates had 48 elementary schools across the West.

Was there was physical punishment in these schools? Yes, just was there was in white boarding schools. Was there some sexual abuse? Yes, just as there was in many white schools as well. The biggest scourge in the indigenous schools, however, was tuberculosis, which spread widely and lasted for years. Many children died and could not be sent home to their families for burial – there was no government money for this – and so they were buried on the grounds in the school cemetery, marked with wooden crosses which deteriorated over the years and disappeared, leaving the graves unmarked.

Only recently have some of these graves been discovered, and so we are now coming to confront for the first time the reality for these residential schools and the terrible fate of so many children who died in them.

While it is easy to blame the churches for what has happened, and while it would be a fine gesture if Pope Francis were to come in person to acknowledge the Catholic Church’s role in the residential schools, it seems clear that the Government of Canada should accept the blame for setting up the system of residential schools in the first place, and that it should do whatever it takes to restore the Indigenous Peoples of this land to their rightful place in the prosperity that Canada has reaped at their expense.

The settlers and their descendants should no longer be estranged from those who have lived here for thousands of years, and who welcomed the explorers and missionaries and settlers who came here a few hundred years ago.