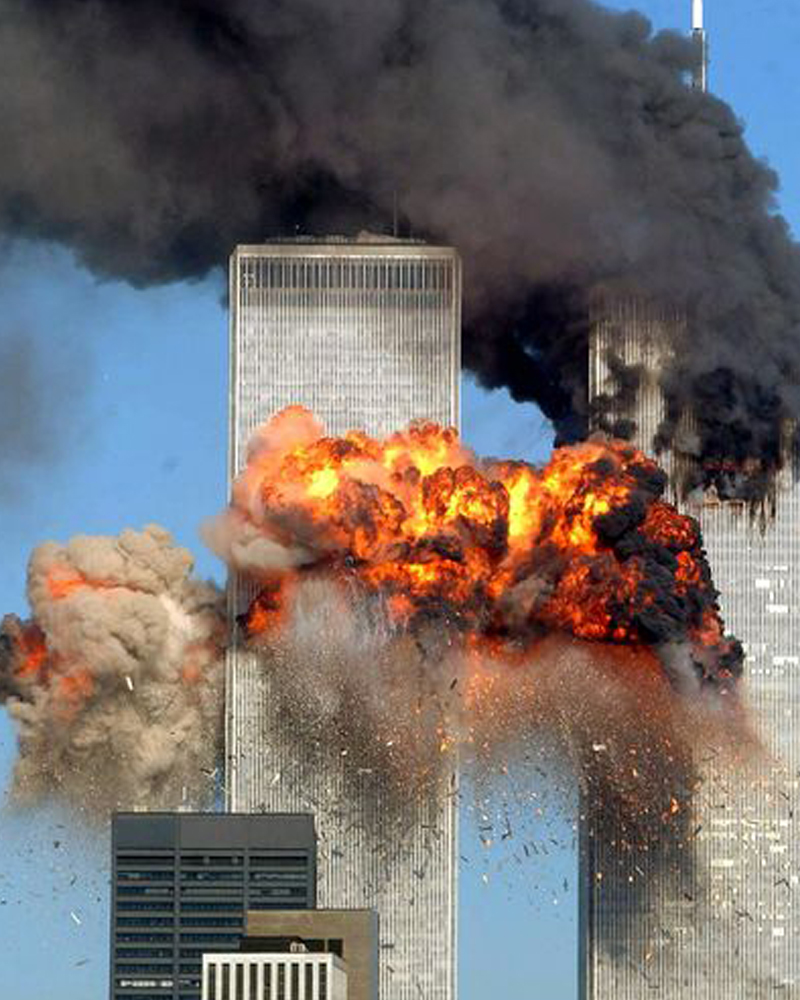 Do you remember were you were?  There are a few dates that stand out. I’m old enough to remember the death of John F. Kennedy in November 1963. I remember where I was when Elvis died (or did he? Isn’t he still roaming around the stadium?). I even remember when I heard about the death of Michael Jackson.

Hearing about the tragic death of Princess Diane. Like many, I thought that the world had shifted with her tragic death. I was certain to visit the famous tunnel, during a visit to Paris.

September 11 is one of the dates etched in memory. I was sitting in a meeting of the community consultors at our Jesuit community in Guelph, ON. It was a beautiful Tuesday morning in early fall. The receptionist rushed into our meeting, breathlessly urging us to check the TV screens. The rest is well known.

9/11 was the start of a new era in air travel and in our level of trust in so much that was happening around us. Here we are – twenty years later – and we have seen that the real enemy is not a Muslim jihadist with a paper-cutter, on an aircraft, but the world that we have crafted ourselves. A world of homegrown terrorism. A world where we mistrust our neighbour. A world with warnings about anyone or anything that looks suspicious.

A world where we almost have to strip naked to board an airline flight. A world where climate change wreaks havoc on most days, through floods and fires and other signs of its effects. And now, in 2020 and 2021, it’s a world of COVID. Nine eleven (9/11) seems so tame in this increasingly strange world.

But September 11, 2001 is still a significant day, a day to remember. Is it really twenty years ago! What happened? Was our innocence shattered? Did we discover the world out there, with its threats to us?

The numbers of the dead from other causes are significant compared to September 11th. The Iraq war. Afghanistan. Murder. Cancer. Car accidents. And, now, COVID! We get so excited by the numbers in one tragedy that was on live television. Passenger jets flying straight for an office tower?

It looks dramatic, and it is dramatic, but it is miniscule compared to the realities of the huge numbers that die each day. Old age. Disease. Freak accidents. COVID.

But there is a connection between 9/11 and COVID. Both defined a generation. I’m certainly not a regular reader of Vanity Fair magazine, unless I am really bored and on a rare shopping trip. The September 2021 issue includes a column from the editor.

Her basic point deals with the effects of 9/11 and the COVID crisis and what she refers to as the dislocation of time. What is this year? What is last year? She writes of how our calendar memories get disturbed. A lost year? The dislocation of reality. I’m sure that many of us have been effected by that dislocation in the past year and a half.

It’s the twentieth anniversary of a major incident in our lives in the 21st century. Let’s pause and remember.