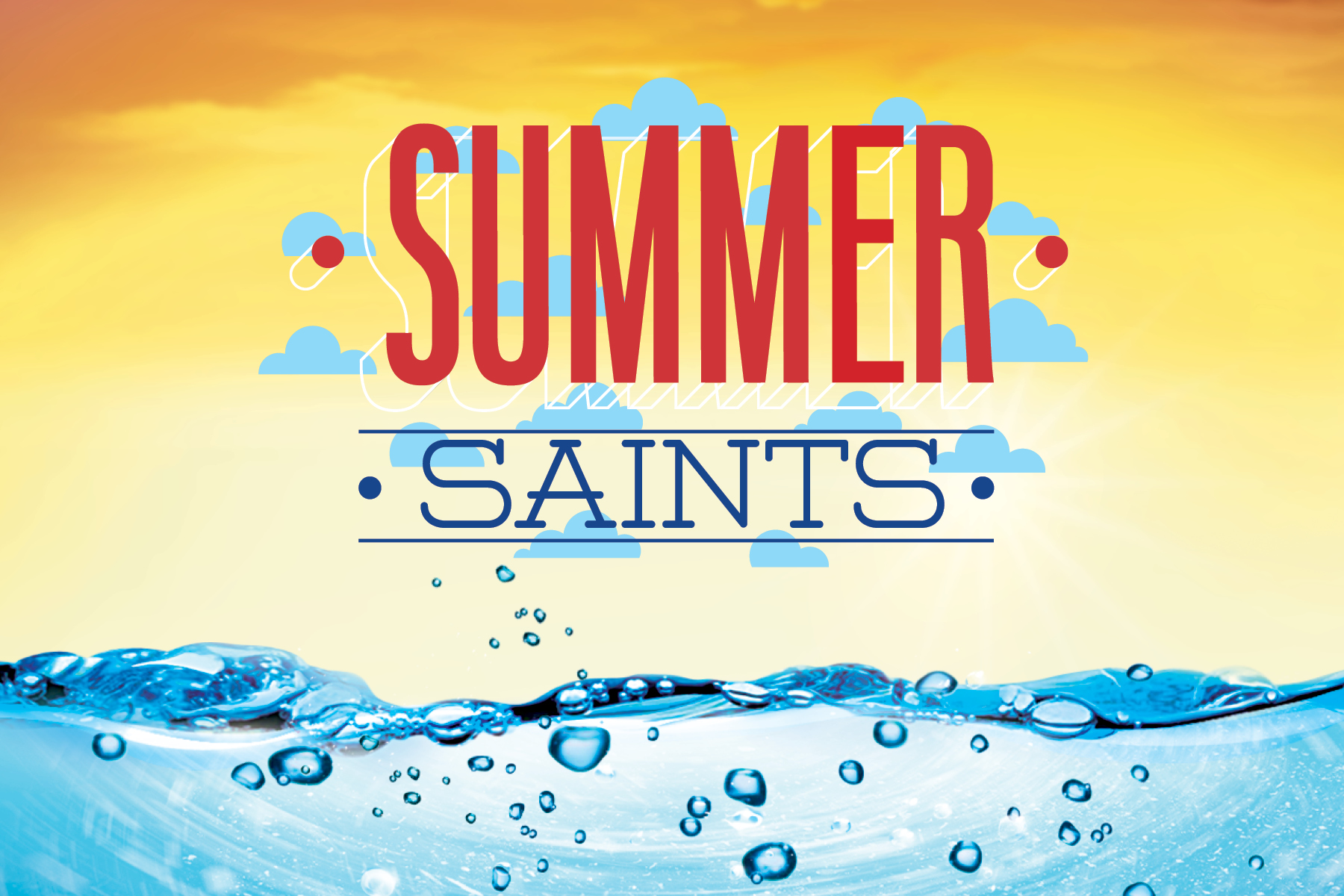 The Roman Catholic Church is blessed with an amazing cloud of witnesses, saints who strengthen us in many ways. Let’s look at just several of the women and men who are celebrated in the summer months.

Summer starts with St. Aloysius Gonzaga, on June 21. Aloysius Gonzaga was a Jesuit who entered the Society of Jesus despite the protests of his powerful and wealthy family. He persisted and entered in 1587. He is a helpful saint for a COVID world. He died in Rome in 1591, while nursing people who has been stricken with a plague in that city. He was just 23 years old. He is the patron of young people, especially students. He has been recognized as the unofficial patron of people with AIDS, and their caregivers.

July 29 is given over to St. Martha. Martha was the sister of Mary and Lazarus, all of them friends of Jesus. Their home was in Bethany. Many of us spend time praying with the reality of Martha’s hospitable service and the example of her sister Mary who seemed content to sit at the feet of Jesus. Most of us recognize that we are called to live out the qualities of both women, finding a healthy balance between contemplation and action. Martha is a patron of domestic workers and cooks.

St. John Vianney is remembered on August 4. Most of us know him by his title: the Curé of Ars. He was the parish priest of a small village in France. He spent from 1818 to his death in 1859 as the pastor in the village. He is most known for the long hours he spent in the confessional, some days for as long as 16 hours. Many people journeyed as pilgrims to benefit from his listening heart and wise words. He was already acknowledged as a saint long before he died. He is the patron of parish priests.

St. Teresa Benedicta of the Cross is acknowledged a few days later, on August 9. She was born Edith Stein, in Breslau, Germany (today it is in Poland), in 1891. She was the youngest child in a large Jewish family. Her studies in philosophy involved working with the famous scholar Edmund Husserl.

Edith Stein received her doctorate in her mid-twenties. She was drawn to Catholicism and moved towards baptism. She taught at Catholic schools before joining the Carmelites. The rise of anti-Semitism caused her to flee to the Netherlands. She continued her scholarly work; but was eventually arrested and deported to Auschwitz. It was there that she and many others died in the gas chambers. She is a co-patron of Europe.

St. Alberto Hurtado Cruchaga, a Jesuit, is commemorated on August 18. He was born in Chile in 1901. Ordained a priest in 1933, his life’s work was mostly teaching, assisting the poor, and caring for the sick. He began a retreat house and founded a trade union movement in Chile. He is remembered for his constant activity in spreading the Gospel through his priestly ministry, apostolic work, education, and charitable and social works. He acknowledged being swallowed up by requests, but said, “I could not say no … I did not want to miss an opportunity to do good …” He is remembered for his work with the poor.

St. Monica is remembered on August 27 (and, her son St. Augustine, the next day). Monica and her son were born in North Africa. She was born to Christian parents and eventually influenced her husband and his mother to convert. Once that was accomplished, Monica started to work on her son, who had abandoned his Christian faith. Her persistence eventually paid off. We hear about Monica from St. Augustine’s Confessions. Monica and her son enjoyed a close spiritual relationship. She died, knowing that all she had wished for been fulfilled. She is the patron of mothers.