Reflecting on THE 500TH ANNIVERSARY OF IGNATIUS LOYOLA’S CONVERSION 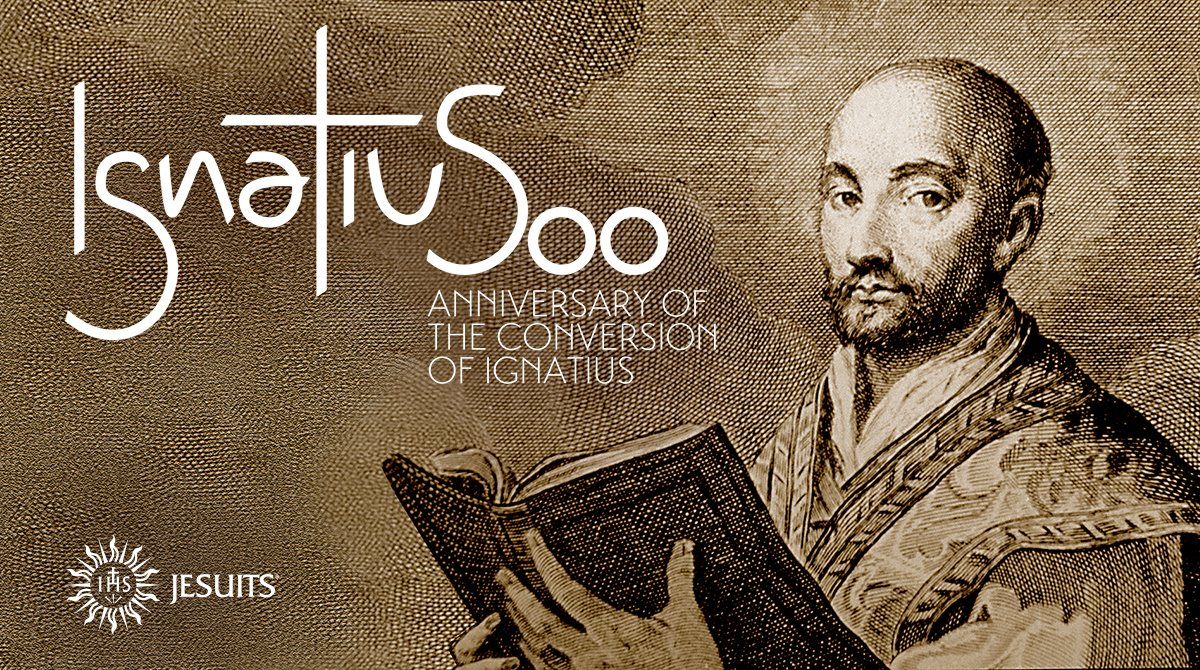 Ignatius’ conversion dates from his wounding at the battle of Pamplona in May of 1521. At that moment his former way of life ended and a new way of life began slowly and painfully to unfold.

Ignatius is often described as a Spanish nobleman, and a soldier. He is in fact the patron saint of soldiers, and he was indeed from a noble family, that of Loyola. However, he was not Spanish but Basque, from a fiercely independent area in the northwest corner of Spain. He was not a soldier but a knight, a gentleman-at-arms for the Duke of Navarre.

Pamplona, the capital of Navarre, was under siege by the French, and had already surrendered while the Duke was away. Ignatius thought this surrender dishonourable, and he persuaded a small group to resist in a fortified tower until reinforcements could arrive. He felt even death was better than dishonour. After six hours of bombardment he was wounded in both legs by a cannon ball, and forced to surrender.

Ignatius was carried to his home at Casa Loyola and spent nine months recuperating. What happened during those nine months? What did he do? Mostly he read and he reflected. One of the books he read was A Life of Christ that had a dedication to Ferdinand and Isabella of Spain. It said, “You are the greatest of monarchs of Europe, but remember: you serve a higher King, who is Christ the King.”

On reading this, his life was turned upside down. Ignatius still wanted to serve a king, but from now on it would be Christ the King. He would have to serve not in riches but in poverty, not in pride but in humility. As a dashing knight, he had been a ladies’ man, but now Mary, the mother of Jesus, would be his Lady.

As he grew in love of Jesus, he decided to spend the rest of his days in the Holy Land, where Jesus had lived and died. More or less recovered after nine months, Ignatius left Loyola limping, to take ship at Barcelona. On the way he stopped at the Benedictine Abbey of Montserrat to confess his sins, which took him three days to write out. But, instead of continuing on his way, he spent the next eleven months at nearby Manresa, living in a hospital, praying in a cave, and fasting.

What was Ignatius doing at Manresa? Was he writing the Spiritual Exercises? No, not quite. We now know that his Benedictine confessor at Montserrat was teaching Ignatius about prayer using a little book called “A Brief Compendium of Spiritual Exercises” (see The Exercises of St Ignatius Loyola in the Western Tradition, by Javier Melloni, SJ).

Ignatius made about 300 pages of notes, in which he modified some things. For instance, the first exercise was to make a general confession of one’s entire life, as he had just done. In his own Exercises, Ignatius put this at the end of the First Week, when one would have a better understanding of sin and of God’s merciful love.

Ignatius’ Spiritual Exercises have become a handbook for guiding others through a conversion like his own, based on the love and following of Jesus. Ignatius remained a layman for the next fifteen years, giving his Exercises to others while studying at the University of Paris, and desiring mostly to talk to ordinary people in simple language about prayer and the love of God, which is something anyone can do.

If I had to define Ignatian spirituality, I would say it simply means being attentive to what God is doing in your life, and then reflecting on your experience in order to make decisions. Some people may have a cannon ball moment like Ignatius – a serious auto accident or a grave illness, which changes the direction of their life.

Others may have made a life-changing decision discerned in prayer – to marry, to become a teacher, a doctor, a nurse, to join the Catholic Church. But if you were paying attention to your experience, reflecting on it to see what it meant, and then choosing or deciding what you felt God wanted you to do, you were being Ignatian.

Even if this has become second nature to you, it sometimes helps to have it spelled out in just three words: attending, reflecting, deciding.