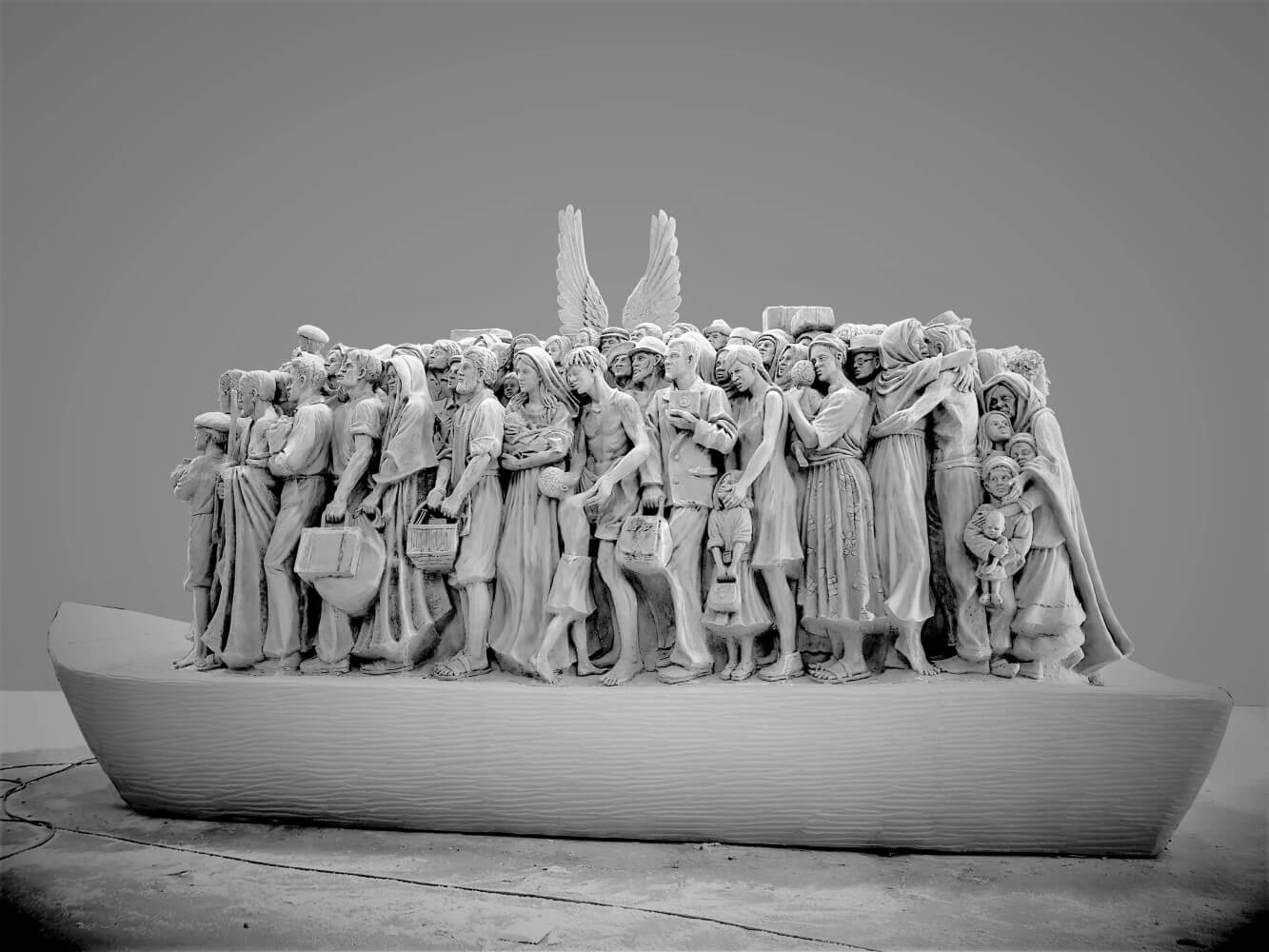 Thank you for the opportunity to link reconciliation and hope from the perspective of migration.

Hope comes first: hope for better, hope for wholeness. If reconciliation follows, it is because disruption, conflict, evil has occurred, and all these ills necessitate reconciliation.

Normally, we want ‘better’ and ‘wholeness’ to occur without any change of place. Think of South Africa.  Its “Truth and Reconciliation” commission, which started up in 1996 after apartheid, aimed to create unity and to make amends, both materially and spiritually, among the population in place, not by forcing one component of the population to leave. Forced emigration — ‘cleansing’ is an ugly euphemism — is a false path.  And it was expressly not part of the country’s plan for reconciliation.

Migrants do leave their place. Many do so voluntarily, throughout history. If they are forced to leave, they can be called DPs, displaced people.

They must go somewhere else. What does that have to do with hope and reconciliation?

Let’s think of the new place they yearn for in social rather than geographical terms. The place that migrants seek—especially those forcibly exiled and those fleeing to escape danger—is the place of full humanity.

Humanity is a place in the rich sense of people in all our world-wide variety being able to lead authentic, full lives. Humanity is where we hope to get to, isn’t it?

That happened in my own family. My parents took my brother and me from Czechoslovakia to Canada in 1948 because the previous ten years had shown that a proper, full life was not possible for us in that place. At first, we were truly displaced, and some of our new neighbours called us DPs as in “damn DPs” which means “you really don’t belong here”. My parents were resilient, though, and joked that the proper meaning of DPs was delayed pioneers.

Many a family is depicted in the sculpture “Angels Unawares,” dedicated in St. Peter’s Square in September 2019.[1] You can see 140 figures of all ages, from all eras and cultures, standing together on a barge. The sculpture suggests that they are moving across the waters to a new place—a place where they will be able to join a better manifestation of humanity, leaving behind the tragedies and deficiencies that blocked them from being fully human. Everyone who has changed countries or remembers the migration of parents or grandparents has unique and often very visceral family memories of this universal human experience.

Pope Francis knows the sculpture very well. When he spoke from the steps of St. Peter’s on the abandoned, dark and rainy evening of 27 March 2020, he kept peering to his right through the mist towards the sculpture. What was he thinking at that moment?

Two things were going through my mind: the empty square, people united at a distance, … and from this side, the boat with migrants, that monument. … And we are all in the boat, and in this boat we do not know how many will be able to land. … The whole drama is in front of the boat, the plague, the loneliness … in silence …

In fact, the boat is cited in the Gospel of Mark 4:35-41 which was read that evening.

“The boat! …” the Pope repeated, almost whispering. “Everything was united: the people, the boat and everyone’s suffering …”[2]

The Pope’s heartfelt compassion for those in misery and peril is incarnated in the monument of the migrant boat sculpture. Those 140 figures have not given up. They are straining towards a better future. They embody hope, even those who are mourning everyone and everything left behind.

They also hope to meet Good Samaritans who, overlooking their different background, accent, skin tone or whatever, will reach out a helping hand. This is the essence, the core of showing our common humanity. “I was a stranger and you welcomed me,” as Jesus himself says (Matthew 25:35).

“The Church is called to come out of herself and to go to the peripheries, not only geographically, but also the existential peripheries,” said Cardinal Jorge Mario Bergoglio a few days before being elected pope.[3] In DPs of all kinds, the “periphery” comes to us, and our first human Christian response should be “welcome!”[4] — to be with them, to hear their story, to witness their determination, to let ourselves get infected by their hope.

Here the “I” and the “other” meet, creating a “we” that accepts differences and refuses to divide. Every meeting place is hallowed ground of reconciliation, that place of humanity towards which we all strain.

[4] “Our shared response may be articulated by four verbs: to welcome, to protect, to promote and to integrate.” Pope Francis, International Forum on ‘Migration and Peace’, 21 February 2017.

Cardinal Michael Czerny S.J. was the Founding director of the African Jesuit AIDS Network 2002-2010, and is now Under-Secretary, Migrants and Refugees Section, https://migrants-refugees.va/