In The Middle of Winnipeg! 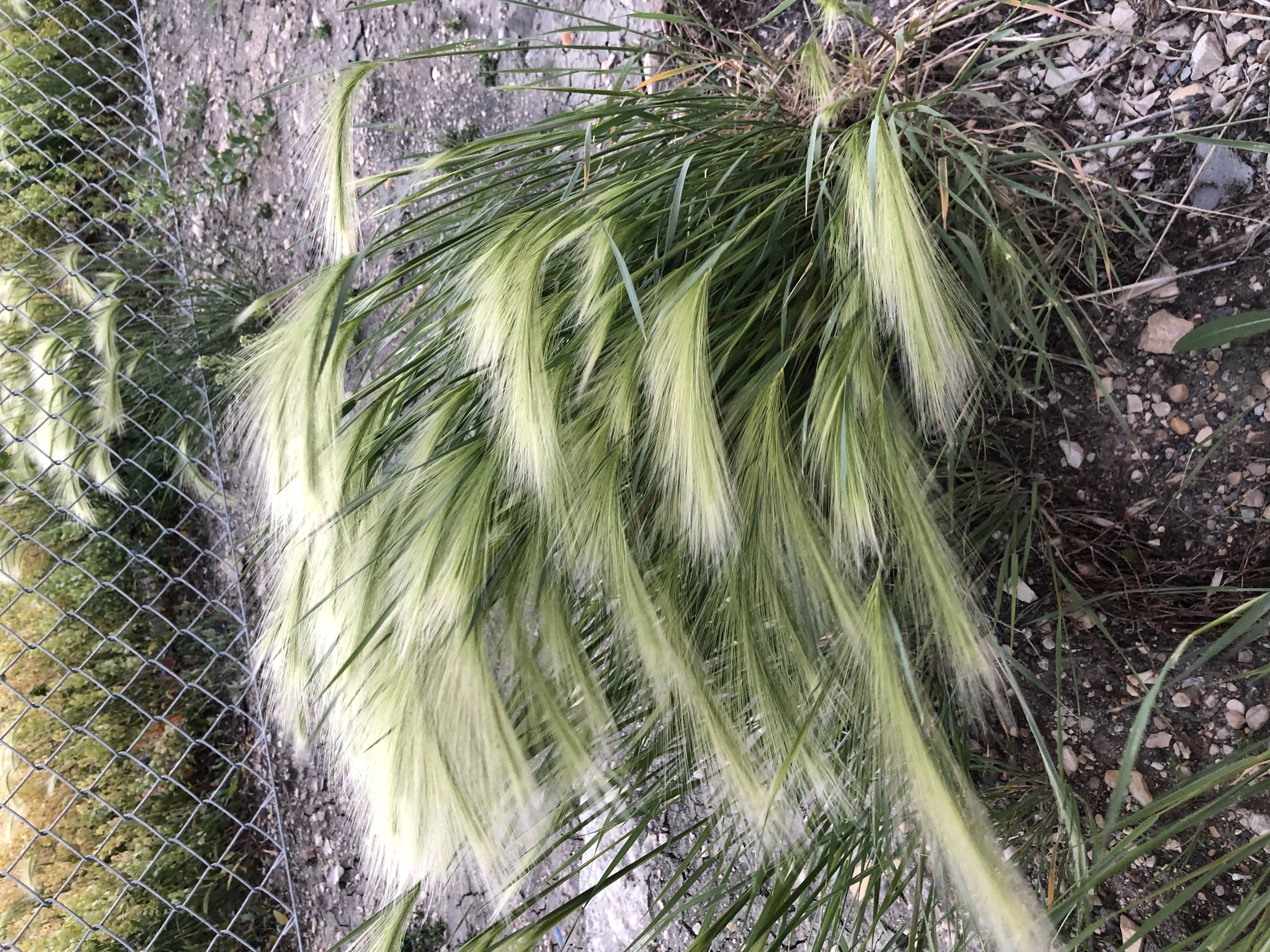 I am told there used to be a car dealership with a auto repair shop on the southeast corner of Portage Avenue and Furby Street.  When I returned to Winnipeg seven years ago it was a huge shell of a three story concrete building covering the entire block.  Demolished a couple of years ago, the concrete is gone and the empty ground lot is now fenced in, a garden Mecca for weeds.

It seems that the seeds simply blew in and took root.  Some I recognize as flora my dad contended with in growing crops on our Saskatchewan farm, French weed (Stinkweed), dandelions, Mustard, Pigweed, Goldenrod, etc.  Interestingly, only on the edge of the fence grow what we called Fox tail.  Its official name is Foxtail barley (also named, Bobtail barley, Squirrel tail grass (barley), Intermediate barley).

I have always been fascinated by the Foxtail grass.  So hardy, it seems to be able to thrive in any soil, even in gravel, and can tolerate saline soil.  So adaptable, it thrives in wet or dry conditions!  But what still intrigues me most is the wavy bushy flower tails which do look like fox’s tails. (I think of Simon the fox at the Winnipeg Assiniboine Zoo!).

Apparently because of its appearance some people even plant Fox tail grass as an ornamental grass!  Growing from seed and sometimes reaching a height of 36 inches (though in my experience only about 12 inches), each plant is able to produce at least 200 seeds which are spread by wind, animals, machinery and germinates best in cool temperatures (spring/fall).

The plant is edible by grazing animals before it flowers, but I just learned that the dry seed heads can bring harm.  Their barbs easily attach and become embedded in the mouth and face of grazing animals and even of dogs resulting in not only in irritation but sometimes abscesses and other serious consequences.

Apparently Foxtail grass also can host ‘rusts’ which can effect the development of certain crops.  And yet some North American Native groups sometimes used the roots for medicine and ate the pounded dry seeds!

Looking at the Foxtail barley and at the full square garden of weeds I am left in wonder that all these flora that I met in my youth in rural Saskatchewan over sixty years ago exist and thrive in the centre of the city of Winnipeg, just a couple block walk from my Jesuit residence home.