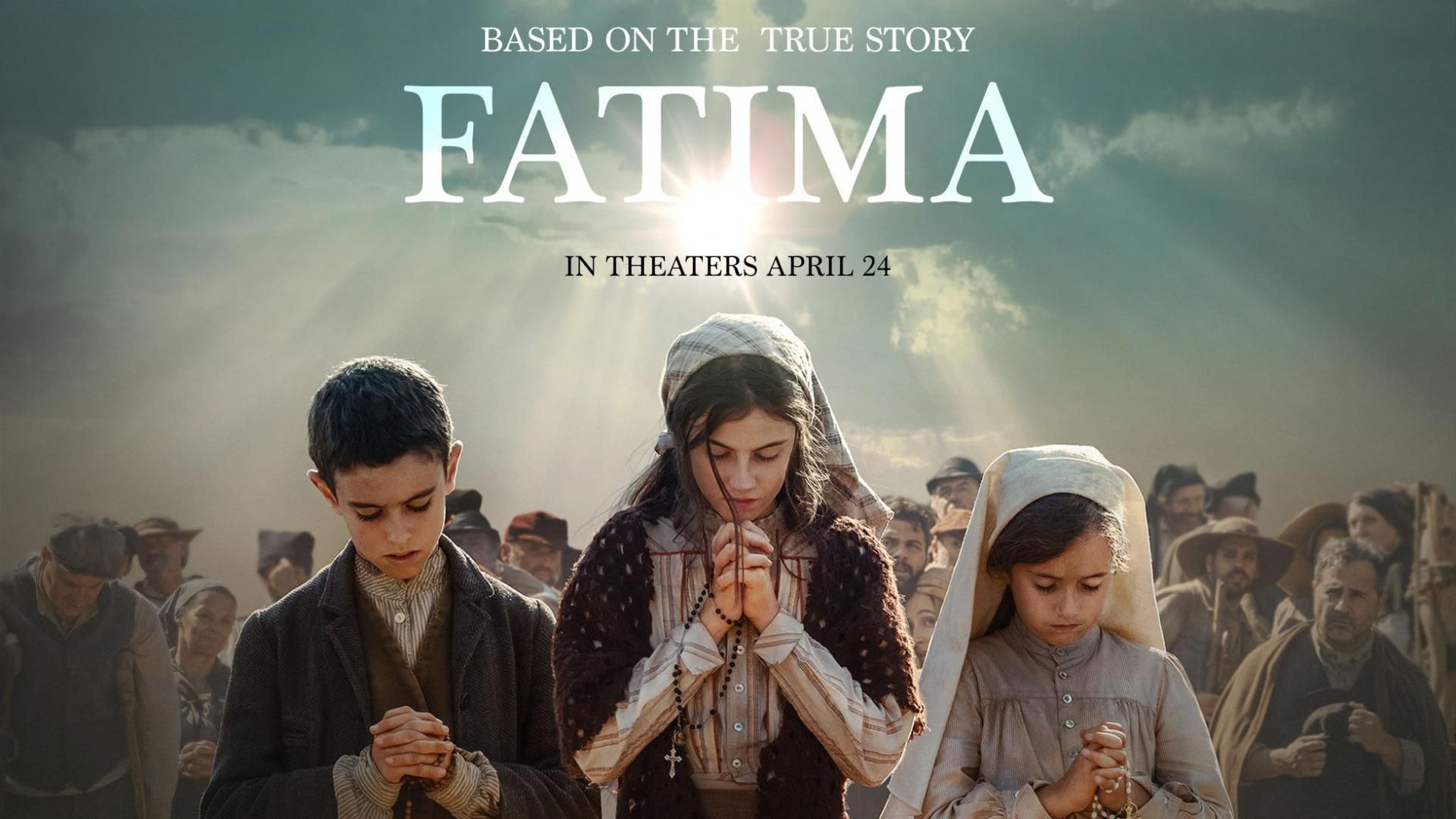 Imagine, yourself out in a green field.  At this point you are simply a child.  You enjoy the flowers, and you enjoy the freedom that innocence could bring.  Then, you see a figure.  Someone who is of this earth, and yet completely apart from it.  Someone who invokes awe and wonder.

Would you tell others of what you saw?  What if they didn’t believe you?  What if your choice to remain constant in the truth you witnessed leads to suffering of those you love?

Fatima  – the 2020 film – tells the story of a Marian Apparition to three shepherd children in 1917 during the revolutions and explosions that were taking place in Portugal during that time.  In particular, we follow Sr. Lucia, now an aged nun, who describes to a skeptical but honest academic, what she experienced decades earlier when she encountered the Virgin Mary at the Cova da Iria.

Here it was interesting for me to see how much suffering the lshepherd children go through.  The father blames the child for the income lost when pilgrims begin visiting his field.  The mother blames her child for the unwanted attention that is now forced on the whole family.  The authorities blame the children for the growing belief in “superstitious” practices that go against the rationalistic currents of the day.

Yet, in spite of the suffering, I was also struck by the faith that comes out subtly and magnanimously in each of the little stories within the film.  A priest must say yes or no to the apparitions with the knowledge that saying “yes” means losing further advancement opportunities within the Church. A child says yes to the apparitions in spite of the fact her assent seems to increase the suffering of those she loves.

It all reminds me of what the Virgin Mary said to Bernadette in the apparition at Lourdes.  “I don’t promise you happiness in this world, but in the next.”  There is something quite novel and shattering implicit here.

In the end, there is something otherworldly about Fatima.  It doesn’t make sense on so many levels.  How does Mary make her appearance to a child, with the full knowledge that such an appearance would cause so much suffering for that child?  What would we say if we were face to face with Jesus or Mary?  Would we be able to speak at all?  My perspective is small.  Thank goodness for films like Fatima which remind me just how small I really am.