Anniversary – As if we had never been 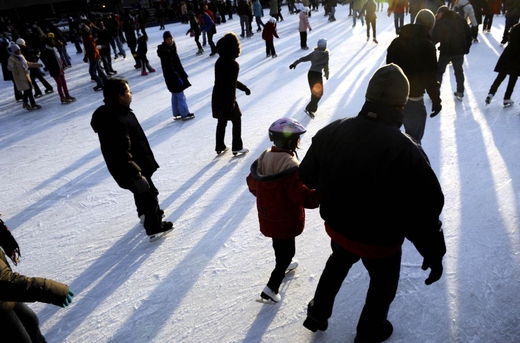 “May no one blame me that I write so much about insignificant people, sisters, brothers, relatives, neighbours, burghers, peasants, youth, about domestic, simple, and childish things, and about myself. For who will do it if we don’? In the Bible, in the Roman histories and chronicles, in the Holy Scriptures, in the seven liberal arts, and in the other arts and philosophers and poets once cannot really find us. Therefore, if my book and records are preserved and continued, our descendants will also know something to say about us; otherwise, it will be as if we had never been.”

That’s not an apology for this blog. It’s an extract from a document in Köln’s Historical Archive that tells, in minute detail, all that its author wanted to tell the world about his daily life, about the life of the people around him, and about the history of his own family. This sixteenth century manuscript is not the work of an historian or a scholar, but the work of a very ordinary individual, Herman Weinsberg (1518 – 1597). He was a lawyer by training, a businessman, and a city councillor in Köln. For over fifty years Weinsberg kept a meticulously detailed family scrapbook of sorts.

That he was also Catholic adds to the fascination of his observations, given the times he lived in: a Church culture, practices, and traditions that were in the process of being turned upside down and inside out by the Reformation. Weinsberg’s “book” is also a manuscript, handwritten at a time when the printed word was transforming communication for everyone and for all time. His work is, in many ways, a response to profound and dramatic changes on all fronts.

Weinsberg’s work, four centuries in the past, reminds me that what we call blogging today has a long history that also pre-dates him, the printing press, and the quill – let alone the Internet. At the same time, this old German manuscript reminds me not to fall into the trap of thinking that only “our” generation has experienced such extreme and dramatic changes within a single lifetime in the journey from steam to digital.

Like the entries in many contemporary blogs, Weinsberg’s observations are immediate and simple: he describes the meals he ate and the religious celebrations he attended. He complains about his inability to sleep and writes that he is worried about the plague. He describes the clothing that people wore and he talks about his fellow city councillors.

At the same time, like many blogs, it’s ambiguous: a kind of private diary deliberately made public. His intended audience was all the members of the extended Weinsberg family that would follow after his death. Bloggers write, mostly, for an initial circle of links and those who, perhaps by chance, will somehow “land” on their page. Keywords help and even back then, Weinsberg used headings that that would be familiar to any blogger today: Religion, Speech and Voice, Hearing, Dwelling, Work and Activities, Memories, Eating and Drinking, Appetite and Digestion, Heat and Cold, Income and Livelihood, Estate, Sayings, Neighbours, to name a few. 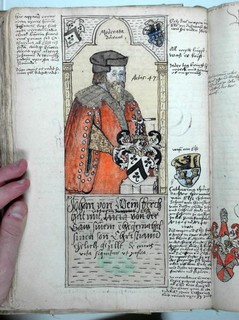 n the Introduction to the fascinating book which introduced me to the world of Hermann Weinsberg and his Gedenk or Memory Book, historian Matthew Lundin, explains why Weisberg kept writing these entries for so long:

His confidence in the Church shaken, Hermann sought to order his life on paper. In an age before newspapers, he strove to understand the news and rumours that swirled throughout Christendom, systematically comparing reports with one another and setting down those he found most reliable. Meanwhile, he found his family home, the Haus Weinsberg, as a refuge from the self-interest and hypocrisy he found on both sides of the religious schism.

That schism wasn’t an abstraction; it intruded on the details of ordinary life. “[It] is a sad state of affairs,” writes Weinsberg in 1592, “when no one in these territories can let themselves be seen in clerical garb on the highways and fields and unfamiliar places. In the past no one had to worry about this, and I remember how along time ago the clergy in their habits roamed as freely as secular people.”

Weinsberg opens on one of his secrets in his Gedenkbuch. “Secretly, I was eager for glory and ambitious to leave a good name and memory behind me.” Lundin discloses another in his book: the fact that although childless after two marriages to “wealthy widows”, Weinsberg had fathered an illegitimate daughter in a pre-marital affair he had with a family maid when he was in his early 20s.

Lundin has titled his book about Weinsberg Paper Memory (Harvard University Press, 2012) because the “preservative powers of paper astonished him; the fragile sheets of his ‘Memory Book’ were all that separated himself and his kin from oblivion. …To a Burgher such as Hermann Weinsberg, paper was more than a blank receptacle for thought, more than a medium of intellectual exchange, or self-representation. It was an extension of his person as a patriarch, a potent means of acting in the world.”

Change the word paper to pixel, tweet or blog and those of us who are online in one way or another are pretty much engaged in the same action. I think today a blog offers people a way to live quietly out loud, and to recognize different ways of measuring the passage of time, both linear and cyclical. A blog offers a way to reflect on the here and now and to conjecture about the future. A blog reminds us of the importance of remembering those who came before us and to celebrate those here with us now.

A blog on a site like this is an opportunity for us to think about those who did, those who do, and those who still might. Such a blog is a means of opening the windows and doors to the world around us and to welcome expression and opinion rather than to hide from it because we don’t like it, or we feel the need to challenge it, or because we think it’s just plain wrong. It may very be any or all of those things. So why not blog about it?

Writing and sharing, nudging and reclaiming, linking and discovering. That’s what Weinsberg did, as well as many others, centuries before him. Lundin has reclaimed Weinsberg in another form of a commercially published book.

This blog uses Lundin and Weinsberg to reclaim another point about that profound human need for reassurance. It’s what Thornton Wilder captures so poignantly in his play about the daily details of ordinary life Our Town. Returning, briefly, from her grave, Emily watches her mother busy at work in the kitchen and realises that life “goes so fast. We don’t have time to look at one another.”  Weinsberg’s work carries a similar message, written centuries earlier. He wrote then, as many people blog today, for reassurance that whatever continues after us will not be “as if we had never been.” 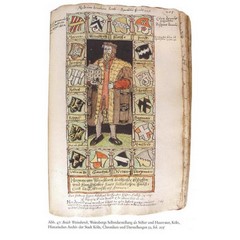 This is my first piece for this blog. I may not be as prolific as Weinsberg (three thick volumes, many hundreds of pages) but there will be more.

To see some of the digitised pages of the Weinsberg manuscript in the Historical Archive in Köln, click here:

And for my own blog, More than 7 Stories, click here: