Thoughts on Laudato si’, the Environmental and Social Encyclical of Pope Francis 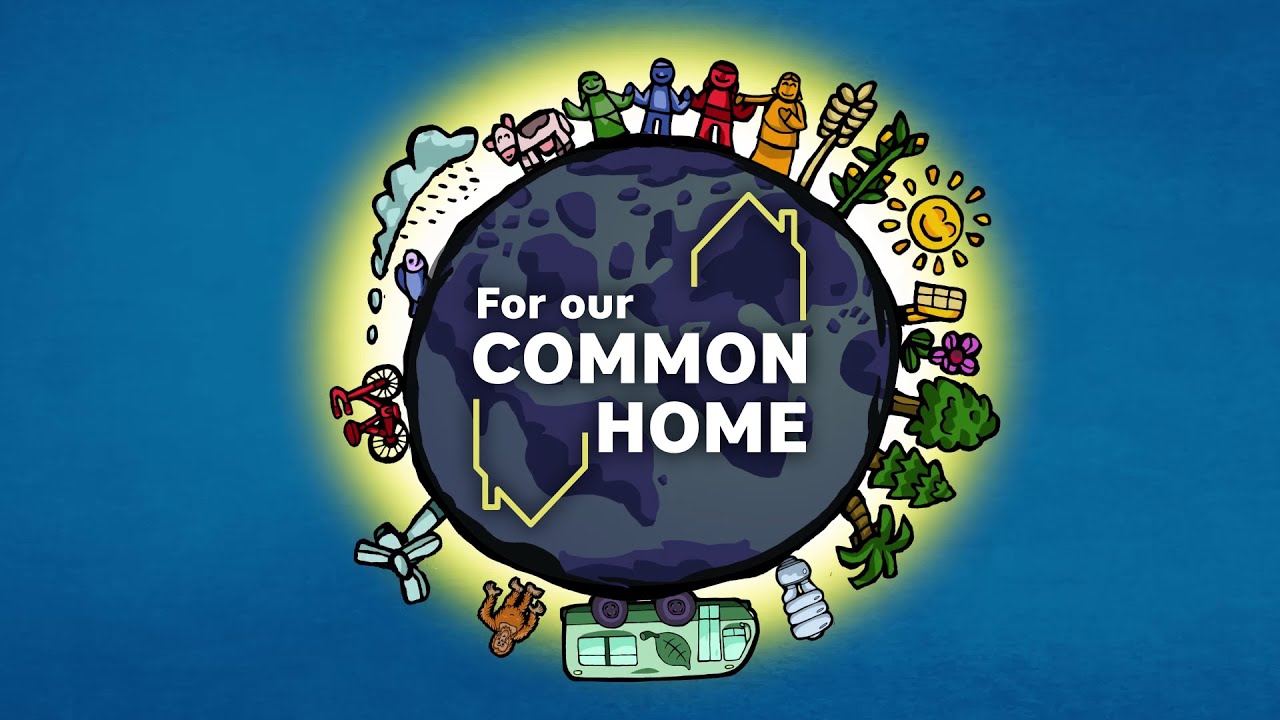 When Laudato si’: On Care for Our Common Home came out in June 2015, I found it a challenging read. To help me navigate it, I worked out a summary of sorts in six points, which I then shared with others in our parish. Maybe it’s still relevant in this fifth anniversary year of its publication!

Laudato si’ is a long and very rich discussion of problems in the natural and social worlds in crisis. Here are my six points about it:

the crisis affects everyone;

First, it affects everyone. Climate change, pollution and degradation of the natural environment affect everyone. Rising temperatures do not respect borders. Gated community walls do not hold back floods and fires. When species of animals or plants die out, no one can appreciate them anymore.

Pope Francis recounts all this, and he adds something about fairness. The wealthier parts of the world cause most of the greenhouse gas pollution. Even though the world’s poor do very little to produce climate change, they are especially affected by it because of where they live and because they lack the means to escape or protect themselves. So to be fair, the burden of solving the problems should lie most on those who have reaped most of the rewards.

Second, everyone must act. What the world needs now is ecological citizens. Of course that includes leaders who go to global climate summits. But Pope Francis is very frustrated with their typical “mindset of short-term gain which dominates present-day economics and politics” (§181)[1].

And it’s not only about politicians and experts and technicians. Everyone must act. The Pope gives nearly a dozen everyday examples of simple good habits, such as separating waste, recycling, using less water and electricity, and car-pooling.

The Pope also calls strongly for a popular movement of citizens. Remember the Global Climate March that coincided with the start of the Paris COP21 Conference. Hundreds of thousands took part in some 3000 cities around the world.

Third, everything connects. All living beings, human groups and systems as well as nonhuman ones — that is, all of creation — are fundamentally interconnected. Canada’s indigenous peoples knew that. Now, everyone needs to act accordingly.

Pope Francis really hammers away at the connections between the natural environment, social issues, economics, technology and politics. The world’s “problems cannot be dealt with from a single perspective or from a single set of interests” (§110). All branches of science and every form of wisdom including culture, religion and spirituality (c.f. §63) need to combine in an integrated ecology so as to reverse the degradation of nature and the human world.

Fourth, be truthful. We must have the courage to identify the problems. Don’t deny the evidence of what we are doing to our planet and to each other. Be honest – about the good as well as the bad. For instance, fossil fuels enabled huge human advances in the past two centuries. But time marches on, and now they threaten to make our planet uninhabitable. Further, we must stop pretending that there is an infinite supply of the earth’s resources (§106).

Fifth, practice dialogue. Pope Francis decries the selfishness and short-term thinking that sabotage progress on saving the environment. He insists on dialogue “as the only way to confront the problems of our world and to seek solutions that are truly effective”.

Authentic dialogue is open, honest and transparent. It does not permit the particular interests of individual countries or specific groups to dominate discussions.

Catholic social teaching contains helpful principles for true dialogue. How to have dialogue? Solidarity means we care about the concerns of others as much as our own. Subsidiarity means we accept others as equals, they speak for themselves, we listen, and we help them to participate if they need such help. As for the what of dialogue, Catholic social teaching tells us to always focus on the common good and to show special concern for the poor and for the earth.

Finally, sixth, the Pope tells us to pray. The encyclical ends with two lovely prayers, one appropriate for Christians and the other for non-Christian believers in God.

Laudato si’ also starts with a prayer, and that is unusual and significant. The first words of an encyclical always become the title. They are chosen carefully to signal the theme: think of Pacem in terris, about peace on earth; Humanae vitae¸ on human life. A title like Domum communis curare would have identified the topic as caring for our common home. Instead, the Pope quotes a portion of a canticle of Francis of Assisi: ‘Be praised, Lord, for the gifts of the beautiful earth, our sister and mother.’

I think the Pope begins in this unusual way because he wants to shake us up. We humans might end life on earth. And not by doing our worst, through war and terrorism. We got into this crisis while we thought we were doing our best, with constantly advancing science and technology and amazing feats of industry and commerce.

Therefore, our current normal ‘best’ is not good enough. We need “profound interior conversion” (§217). We must begin thinking and acting in new ways. We need to adopt a bigger, higher vision! Prayer can get us looking and yearning and hoping in the right direction.

And non-religious people need profound interior conversion too, but instead of prayer, let’s join them in meditation, mindfulness, reflection – whatever helps any of us to achieve profound interior conversion, transformation. Ask not what your universe can do for you; ask what you can do for your universe. Be humble and daring – become super-human!

Here’s part of another prayer: “Thy will be done on earth as it is in heaven.” We can take it as a vision for ecological citizens who have two homes, earthly and heavenly.

What might be our Father’s will in heaven? Does our vision of heaven include toxic waste dumps? Gated communities? Stupid behaviour that causes living conditions to deteriorate? Divisions between haves and have-nots? Obviously not.

Let this thought help all of us to align with the encyclical. All of us, religious and non-religious alike, need to imagine the heavenly place for each other and for generations to come, and then join together in making it happen. Let’s all care for our common home.

That home has problems now and they affect everyone; so everyone must act; everything connects; let’s be truthful; let’s practice dialogue; and above all, let’s pray, or meditate, or be mindful, while we join together in dialogue and action: let’s do whatever it takes to become new people and to make this a heavenly earth.

[1] Section references are to the encyclical: http://w2.vatican.va/content/francesco/en/encyclicals/documents/papa-francesco_20150524_enciclica-laudato-si.html