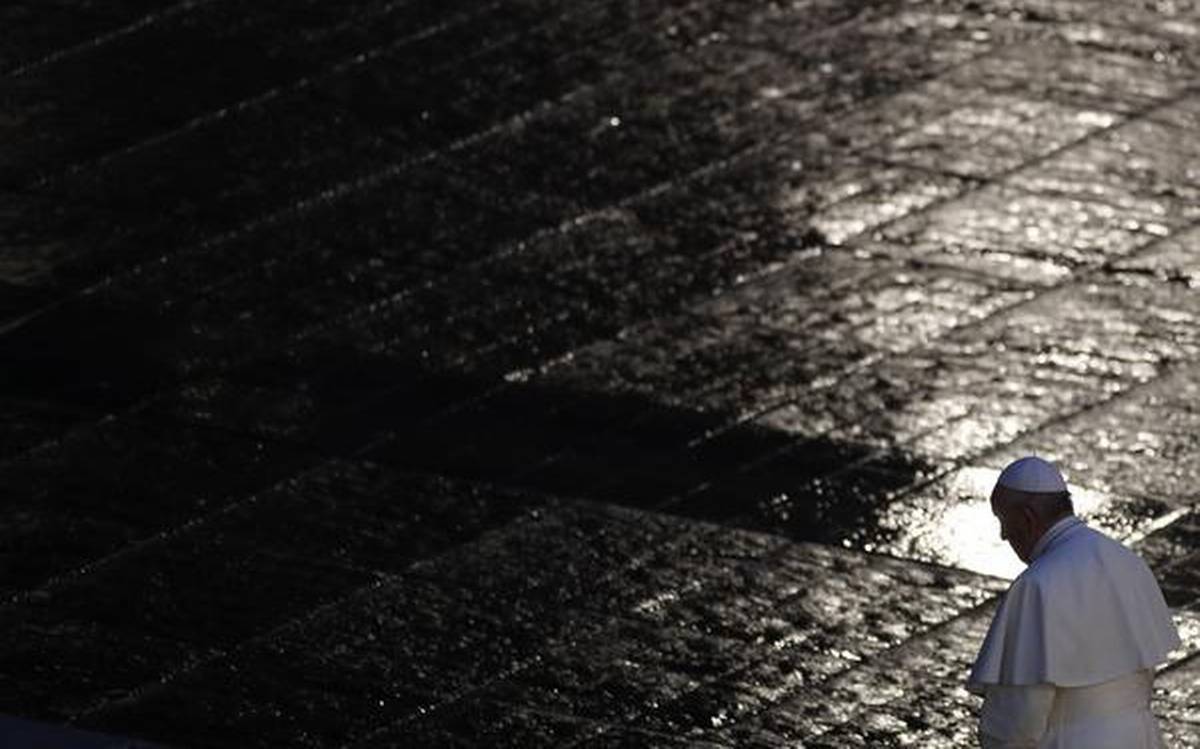 When I was 9 years old in 1954, the Pastor asked me to become an altar boy. Those were Latin mass days. At mass, I barely understood a word that was said. The most interesting thing about the experience was serving at funerals. There were six black gigantic candle sticks put out beside the coffin. I had never stood so close beside a casket before.

In the beginning I was nervous being close to a dead person. The most dramatic part of the funeral mass for me was the singing of the “Dies Irae.” I had no idea what it meant, but the tone of dread was palpable.

Of course, in those days there was no education for young impressionable naïve altar boys, about the psychological effects of serving in this, what seemed like “spooky” ritual.One day the altar boy serving with me fainted while we were standing beside the casket.

The Pastor pushed me out of the way, almost knocking over one of those gigantic black candle sticks in his concern to resuscitate the child. I felt helpless and frightened. My colleague “came to” almost immediately. Probably the smell of incense knocked him over.

All this seems rather nostalgic and almost humorous now. In retrospect it is experiences like this that seem to have desensitized me to being around death.

Fast forward thirty years and behold an unknown virus called HIV. In the mid eighties the commonly held thinking attributed this disease only to gay men. The message there was: not much point in the whole society getting alarmed. I recall seeing over thirty people I knew die in the most torturous way.

I thought back to the Dies Irae, Dies Illa medieval poem describing the Last Judgement where the saved are delivered, and unsaved? Well, you know what they said. In that following decade beginning 1985, I felt like I was in a war zone. While on the forty day Ignatian retreat in Guelph in 1993, my roommate died suddenly of this disease.

In the fourth week of the spiritual exercises I left the retreat house for a few days, when I went to his synagogue for the funeral in London Ontario. I remember sitting alone in front of David’s  coffin for a few moments, and having a strong sense of God’s presence.

At the time, and I have thought about this a great deal since, the reason I was on that retreat at that particular time was God’s way of helping me cope with all the pain I was witnessing around me.

Flash forward to Spring 2020. Everyone’s affected. Even the Pope was ALONE in St.Peter’s square praying for us. Queen Elizabeth delivers a message from her Palace. All churches are closed for Holy Week. This time I don’t feel so alone in this pandemic. Pie Jesu Domine, Dona eis requiem sempiternam.