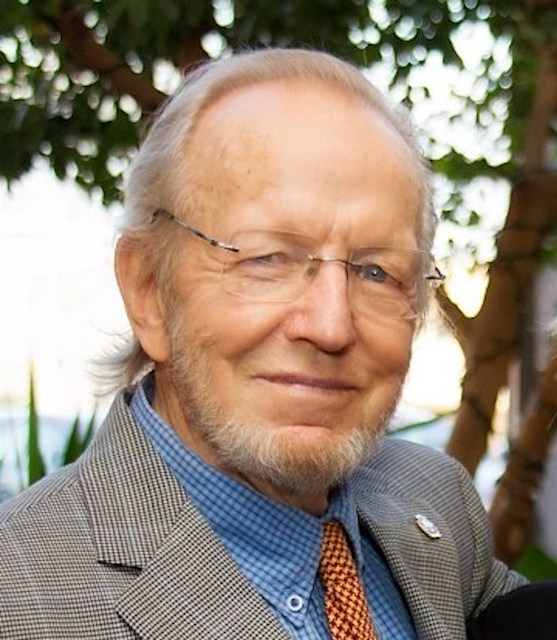 Father Peter Larisey, SJ died in Toronto on April 30. COVID-19 had infiltrated the Jesuit residence and infirmary in Pickering and took him and others too.

Peter had turned 91 a month earlier, and yes, he had had some health problems, but by no means was he ready to go. In a March 30th email he wrote that the lockdown was preventing him from using libraries for research on his final book.

In the fall of 1961 many impressionable 13 year-olds headed off to Loyola for the first time with trepidation. Some were fortunate to have their fears allayed on that first day when they met Fr.  Larisey, their classroom teacher. He made us feel comfortable, safe and secure with his easy manner and personal connection.

He gave us a wonderful start to our four years at Loyola. Nostalgia can make things seem better than they were but in his case it made many of us realize he was better than 13 year-olds could have known at the time.

He was passionate about his work as a teacher and about the students in his charge. Teaching is a difficult, challenging, but rewarding profession. Managing a class of 34 students is a daunting task that Peter carried off beautifully. He cared for his students as individuals and as a group.

He loved his subject, English, and infected many of his students with that passion. On reflection, you know he loved his work. He wasn’t always perfect but he was always human and we have carried that with us till today.

He left a lasting impression on the boys. Peter’s curriculum delivery was often tinted with dramatic flair. When he read literature and poetry it was as if he were experiencing it live.  One couldn’t help but be captivated and engaged.

At our 25th high school reunion we asked Peter to role play one of his tempestuous teachings and he did it so vibrantly that many of us became startled that we had magically returned to 1961. That weekend he said Mass on Sunday. He asked the children to gather round the altar and pray for the ‘sick’,

Peter and the congregation broke up when one of the children said she would like pray for her father who was very sick; but truth be told, he actually had a hangover from the previous evening’s festivities..

Peter would ensure that all the students were involved in learning. No student was left out; he made sure all had equal time. He could be strict and one Saturday had all the students come in to wash the classroom floors. However, his total commitment, consideration and gentleness left a mark on all of us.

Peter directed the Drama Club at Loyola and put together plays that had a riveting affect on the students. Who could ever forget the Russian satirical comedy “The Inspector General” that he directed. Some of the actors had long-lasting careers at the CBC.

More than that, Peter was a mentor for all the students. He was a simple and gentle soul and had a way of encouraging every one of his students to excel. And if a student was having trouble with studies or everyday issues, he made it a point to stand by them. We all felt important and taken care of.

Peter kept contact with numerous former students. Many of us attended his ordination in 1965. He enjoyed spending time with our families. The children were always amazed that Peter ate his Corn Flakes by pouring orange juice over them (he was lactose intolerant).

Bob Czerny adds: My wife and I got to know Peter in Ottawa around 1975 while he was teaching at Carleton University and working on his doctoral thesis. Peter was the first of three Jesuit priests who joined in the “Mass Gang” – the informal name of a group of two dozen Catholics who met for Mass and discussion in our homes.

Unlike Christians in the first three centuries who met secretly in homes to avoid persecution by the Romans, we were doing this because we wanted something more engaging and stimulating than what we’d found in the parishes around us. Peter was congenial with everyone, including our very young boys when the group gathered at our home.

Our contact with Peter became sporadic: he went to New York to complete his studies, then settled in Toronto to research, art curating, teaching and ministry. But he was there for us, including his strong, calming, compassionate presence when our younger son died.

Peter was kind and generously supportive, and he smiled and laughed readily. He was serious but not dour, opinionated but not argumentative. He certainly had strong views about the stupidities and meanness rampant in the world today, but instead of tilting at all the windmills, he focused on religious and contemporary art. 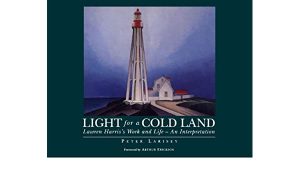 This started with his thesis on Lawren Harris that became the well-received book Light for a Cold Land. (Peter and I discussed his work regularly; this helped him organize his writing, and I got to understand Harris’s development from realistic landscapes to ever greater mysticism.)

He wanted to help others to grasp the quest of modern artists for ultimate truth, believing this could open a path for finding meaning in our lives. This was typical of Peter: he was open – to new ideas, to different ways of living, to people of every stripe (he participated in Toronto’s All Inclusive Ministries).

We managed to have two morning visits with him over the past year, and our last cheerful email from him was on April 18th. Clearly he had plenty of vigour, curiosity and goodness to carry with him into his next life.