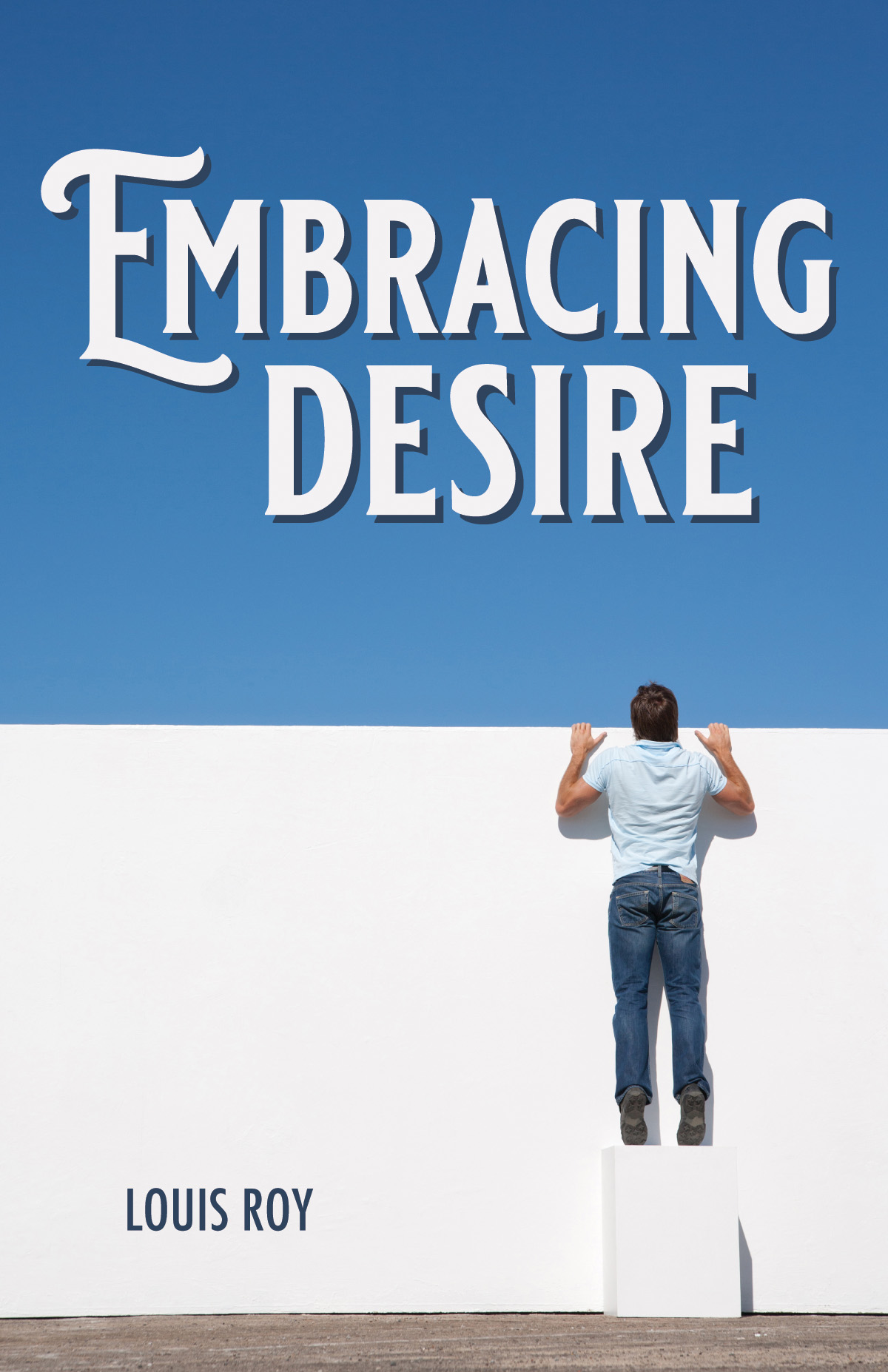 For a long time I’ve wanted to write about Embracing Desire, [1] an intriguing and accessible book by Dominican priest, professor and scholar Louis Roy.[2]

His main message is that, “contrary to what many Christians and many psychoanalysts have said, the wise approach is not to diminish desire but to intensify it. This amounts to nothing less than desiring one’s desire.” (p. xiv, emphasis added) Roy bypasses Puritanical rejection on the one hand and hedonistic indulgence on the other, arriving at transcendence on the horizon.

First, a disclaimer: I am not a scholar of this topic, so this is a book report rather than a critical review. And full disclosure: I translated Louis Roy’s book into English, but I don’t earn royalties from its sale. Reading it again after the intense close examination demanded by translation, I now appreciate the sweep of the enterprise and its meaning.

Let’s start with the title, Embracing Desire, which strikes me as having at least three meanings. First, the author does not scorn or avoid this profound subject, rather he embraces it enthusiastically and from many angles. Second, the phenomenon of desire embraces or encompasses a heck of a lot; and third, human beings need to embrace or come to terms with their desire.

Roy’s landscape is very rich. Besides the resources of theology, philosophy, psychology and anthropology, he draws on fiction, film and other arts (Dostoyevsky, Bunuel, Balzac, Gauguin, others).  It’s a good, lively read, and with 45 sections grouped into ten short chapters, it’s amenable to study and discussion.

The ground level of Roy’s approach is acceptance of fundamental human needs, both physical (such as food) and psychological (such as the complete dependence of infancy that struggles in stages to attain autonomy). The evidence of this “layer” or level is compulsions and reactions that are raw, as it were. But living in society, we acculturate the raw basics, we shape them according to the shared culture and our individual preferences. So at the second level, we prefer our food cooked this way, we learn manners and show our personality, all of which bespeaks desires, not just raw needs.

Roy’s third level arrives with full relationships among human beings. Desire here is different from the second, cultural stage: it’s not a matter of “I desire someone who satisfies my particular needs” (which expresses the cultural level of desire) but “I desire to be with someone who desires equally to be with me.” Desire at this third level, human love, seeks the happiness and fulfilment of oneself and of the other in equal measure, and requires in return this same stance from the other.

There are wrong turns and disappointments along the way. The wholesome appreciation of cultivated pleasures can go overboard; a true love may prove untrue.

Here Roy introduces the fourth level, that of spiritual desire, which is amply evidenced by the persistent human experience of dissatisfaction, no matter how much the world offers. Some religious traditions offer tranquil union with the divinity as the ultimate object of human desire. The particularity of Christianity is to suggest something more active: love reaching out from the Father to the Son, from the incarnate Son to the humanity that he joins, and through him, the possibility of finally joining the Father, all of this somehow glued together by the Holy Spirit.

That’s my summary, and here is Roy’s: “the wise attitude towards desire consists in accepting its four types: physiological, cultural, interpersonal, and divine. The point is not to oppose them to one another or to do away with the lower forms, but to respect their hierarchy. Then the acquisition of material goods will be guided by personal priorities for cultural goods, reflecting the sort of person that one is. Cultural goods in turn will serve as a sharing among friends that leads to communion rooted in the great values. Finally, divine presence will establish an incomparable peace that both modulates and encourages the pursuit of limited goals as mediating steps towards the Infinite.” (p. 25)

A longer presentation could delve into other facets such as Roy’s quick, relevant history of religious conceptions of pleasure and happiness (the pendulum between laxity and rigorism); optimism and pessimism; everyday, religious and Christian hope; and a careful look at the thought of Sebastian Moore, who wrote ground-breaking books on desire.

All of this interests me, but I find Louis Roy’s account most relevant and timely for its implications for a healthy and realistic approach to pleasure, desire, sexuality and happiness for everyone. This includes lay people as well as people in religious ministry who consider practicing celibacy. Clerical sexual abuse has occurred in a framework in which religious vocation has been connected to body-spirit duality and the suppression of one’s incarnate reality. That goes for the secular situation too when ideals of purity reflect the same duality and suppression.

When one’s nature as desiring and incarnate just won’t go away, the individual might take an honest new course (e.g., the priest or religious who leaves and marries). But there are unsound and illicit manifestations too, including sexual exploitation and abuse. We have to ask ourselves: why are we expecting what is frequently unsuccessful and arguably unhealthy for lives that ought to be full and healthy?

Those who want to work on new conceptions of vocation, religious or lay—and indeed, every context where greater maturity is needed about sexuality and desire—can’t go wrong by starting with Louis Roy’s Embracing Desire.

[2] His substantial list of publications includes works reflecting his deep knowledge of the thought of Bernard Lonergan; in fact he coordinated the translation of Lonergan’s Method in Theology into French.