Sometimes It Makes Me Tremble 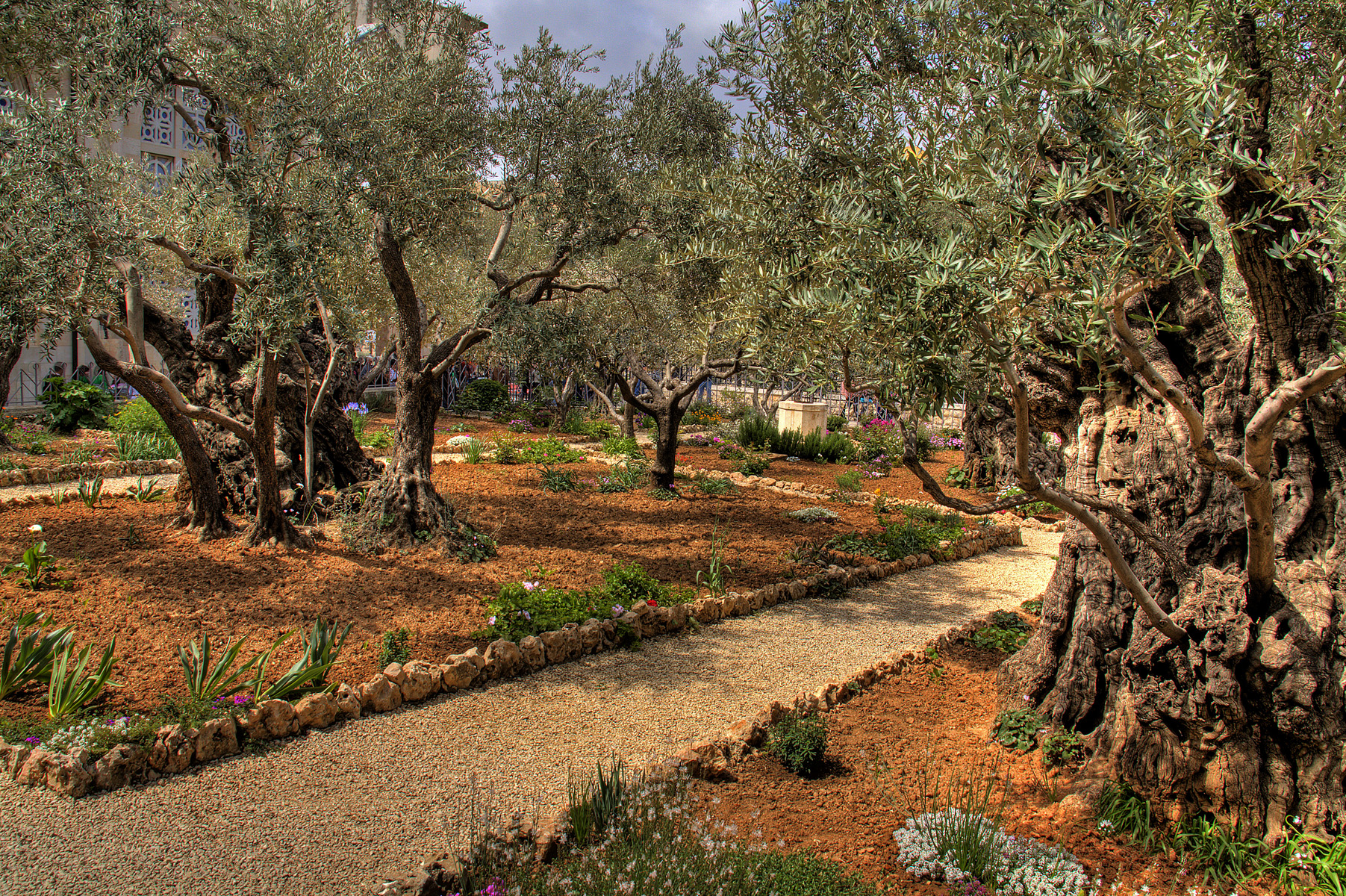 In January I had the opportunity to visit Israel  on a two day excursion from a cruise ship. Twice before I have toured Israel, so this time because my friend had never been, I booked the excursion entitled “Glorious Jerusalem.”

Our tour guide was a 76 year old Jewish woman originally from California who has lived in Israel with her husband for fifty years.

On the bus from Haifa she said we would be visiting sites holy to Christians, and that at one she would ask for a volunteer to do a reading. Upon arriving at the Garden of Gethsemane it started to rain heavily, and it was cold.

She explained that olive trees never die, they shed their outside bark, and new shoots grow, proclaiming that the trees in this very garden would have been seen by Jesus.

Next door is the Basilica of the Church of the Gethsemane. Our group were fifty people, with many other similar size groups milling about. She asked for a volunteer, and my hand went up. She asked me to read the story of the Passion in the Garden according to Mathew.

On the outside entrance to the Church, which fortunately had a roof for cover from rain, she handed me her microphone and I read the immortal story of the Agony in the Garden.

Shortly after we entered the building, a priest was reading the final prayer before ending mass. Then a group of pilgrims began singing “Were you there when they crucified my Lord?” I was standing in the back, and immediately joined in.

When it came to the line, “Sometimes it makes me want to tremble, tremble, tremble,” my body shook slightly. I’m not sure if it was due to coming in, out of the cold, or because I felt so privileged at being in this historic sacred place, and having just read the story publicly.

Next thing at the second verse , tears came briefly to my eyes, and I felt moved. It was one of those rare moments when I experienced God’s presence.

Later that evening and the next day other people on the ship were talking about being disappointed that they didn’t feel anything upon entering the church. I told one person my experience. He was an Australian man travelling alone, who said his older sister is a nun.

Later he thanked me for sharing. I’m not looking for signs of God’s presence, but that day in unexpected circumstances, I knew that I was a loved.