The Pope versus the Sourpuss 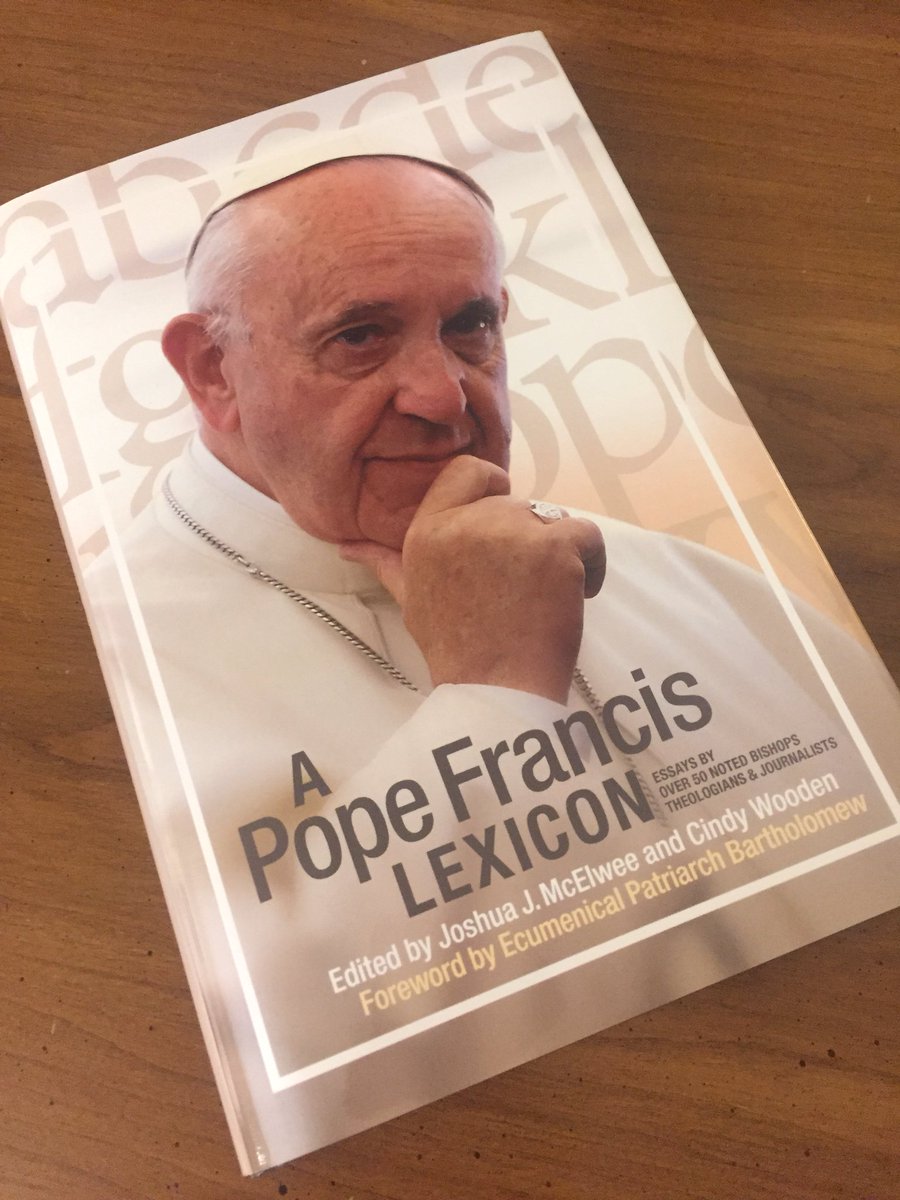 Then take a look at A Pope Francis Lexicon (Liturgical Press, Minnesota, 2018). It contains 54 essays, most of them on specific words and phrases that have proven important in Francis’s ministry. The collection is the work of a pair of veteran Vatican journalists for the National Catholic Reporter, Cindy Wooden and Joshua McElwee.

They invited a wide range of authors. As Cindy Wooden explained in an email to me, “It’s the church in miniature! There are writers who are in their 20s and in their 70s, men and women, clerical and lay, married and single, and at least two from every continent.”

The entries are in alphabetical order, from “Baptism” to “Youth.”  This is a wise choice, because the topics inter-relate in a web-like manner; there isn’t an obvious way to organize them in conceptual groups or neat categories.

Most of these essays are three to five pages long, and many quote the homilies that Pope Francis gives in his daily morning Mass. These are intimate affairs where the Pope speaks without the intervention of diplomatic and theological experts. So what comes through is a sense of his genuine, unvarnished thinking and pastoral attitude.

A few entries are longer than average, such as Canadian Bishop Donald Bolen’s piece on mercy: mercy that is beyond justice, that transforms, that always exceeds what we earn or deserve. Here and in other entries, the Pope’s episcopal motto Miserando atque eligendo (showing mercy and choosing) receives slightly different interpretations.

This is fitting for a Pope who wants the message of Christ to relate authentically, concretely and specifically to individuals in their varied unique situations, rather than pronouncing a single law-like message to be upheld as the correct prescription for all circumstances. (Bolen mentions his own episcopal motto, “Mercy within mercy within mercy”, which comes from Thomas Merton’s book The Sign of Jonas.)

A related entry discusses the church as a “field hospital”. Pope Francis remembered the field hospital in an Italian novel he had read in his early life. It exemplifies mercy in its fullest sense of misericordia (misfortune + heart) because field hospital workers go out and embrace and engage with those in great need. This contrasts with making donations but withholding touch. Moreover, action at the front lines, in the field, calls for improvisation.

This papacy is not fixated on careful ‘final word’ pronouncements; it prefers an exuberant leaping out, even bumbling around, so long as the action is guided by principles of justice and mercy and checked with humility. It suggests an unusual sense of ‘magisterium’: instead of timeless, regal majesty, its ideal is the authority of a good parent – warm, encouraging, tough when necessary, and not striving to always be perfect but to find the best way in the circumstances.

In the other Canadian entry, on clericalism, Archbishop Paul-André Durocher recounts bringing his assistant secretary-general, a layperson, for a meeting with the pope when Durocher headed the Canadian Conference of Catholic Bishops. Officials tried to bar him from the meeting but Francis over-ruled them. The exchange, Durocher writes, began something like this:

“…I am glad you have named a layman to such a position of responsibility in your episcopal conference. Clericalism is a disease which weakens our church.” Then he turned to our ASG and said directly to him, “I am glad you are a layman.” To which our ASG replied, “And I am glad you are the pope!” We all burst out laughing.

The clerics aren’t the only problem: while they want to retain power, the laity want to avoid responsibility. Another point is that ‘elevating’ laypersons (to Deacon, for example) as a condition for them to take on higher responsibilities reinforces the unfortunate idea that the ordained are higher in the Body of Christ. The larger question is the exclusion of the non-ordained from governance in the Church.

An implicit message within this collection is subsidiarity. (Subsidiarity gives those closest to an issue as much authority in the matter as their capacity allows.) The editors assemble ‘the message’ from 54 widely-dispersed people with varied status and roles in relation to the Church – in effect, a selection of the People of God – rather than following the conventional approach to formulating Church positions: top-down, from sanctioned official authorities.

Not all entries are equally satisfying; some feel somewhat limited; and one, on “clerical abuse,” is already dated. But most are extremely enlightening, and together they provide a fine survey of Francis’s thought in digestible portions.

The pieces can be read in any order. I began with “Sourpuss,” which gives a vivid snapshot of Francis’s insistence on the “joy of the Gospel” and the outgoing character of the true missionary. He has used several terms for the gloomy, self-righteous, condemnatory types who undermine joy; some involve aceto (vinegar), others scura (dark). As translations go, “sourpuss” is pretty good!

This book lends itself to arranging discussion groups. For a first session I recommend choosing “Joy” and “Sourpuss” and one or two other items that overlap with these; the ensuing discussion cannot help but be animated and fruitful!